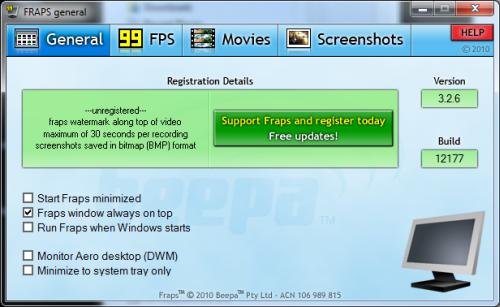 An update of FRAPS, the popular FPS, video and screen capture tool, has been released. You can grab it here: FRAPS download.