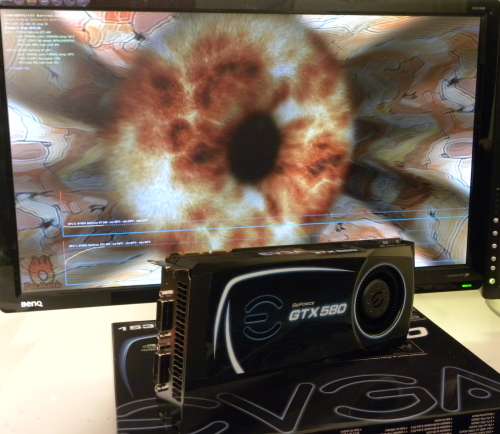 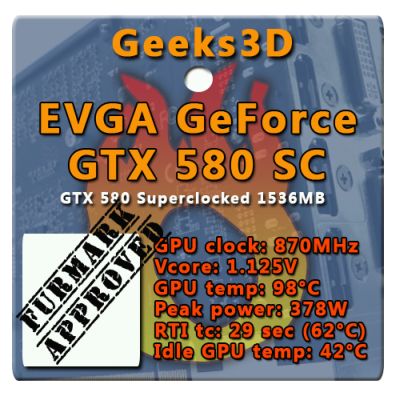 And to find the max stable GPU core clock, I used the version 1.5.0 of EVGA OC Scanner (version 1.5.0 will be released shortly on EVGA website). This tool is really nice because it allows to detect artifacts that are difficult to see (with a size of one or few pixels).

As you may know dear readers, NVIDIA has added a power draw limiter (or over current protection, OCP) on its GTX 580. The power draw limiter includes a hardware monitoring chip and the graphics drivers. One of the functions of the driver is to detect GPU stress test applications like FurMark (FurMark 1.8.2 is blacklist in NVIDIA drivers) in order to limit the power draw. See here for more details: GeForce GTX 580 Power Monitoring Details.

How to bypass the OCP? Two solutions:

So for my burn-in tests, I disabled the OCP with GPU-Z and used FurMark 1.9.0…

The total power consumption of my testbed in idle is 120W (EVGA GTX 580 SC with default clocks).

In this overclocking test, I only concentrated on the GPU overclocking. I used EVGA Precision to increase the GPU clock and after each new setting, I used a session of OC Scanner (in 1920×1080 fullscreen) to find artifacts and a session of FurMark 1.9.0 to push the GPU beyond the max 😉 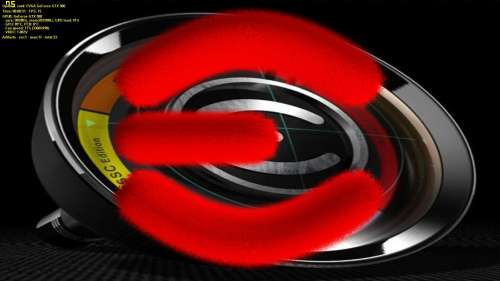 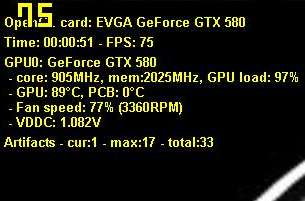 Result: I managed to get a stable value under FurMark 1.9.0 for a GPU clock of 880MHz and the default GPU voltage.

To reproduce such overclocking test, I recommend you to have some quality hardware, because we exceed the electric specifications of the system. My testbed includes a GIGABYTE A-UD5 motherboard and a high-end PSU: Corsair’s AX1200!