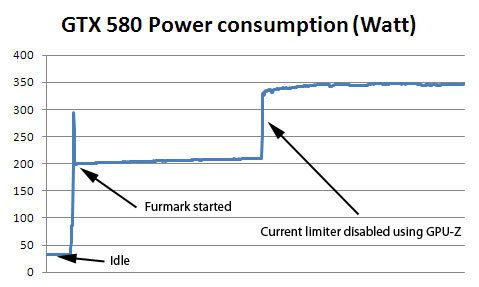 As you may know, NVIDIA has introduced with the new GeForce GTX 580 a new power draw limitation / protection based on dedicated hardware as well as on graphics drivers. More details are available here: GeForce GTX 580 Power Monitoring Details.

Now, a new update of GPU-Z makes it possible to disable the speed throttling mechanism when an extremely demanding 3D app like FurMark is running.

This update of GPU-Z 0.4.8 (we can call it GPU-Z 0.4.8b) comes with a new command line parameter: /GTX580OCP that disables the power draw protection until the next reboot.

Nice news, thank you W1zzard! I guess the new FurMark will include this version of GPU-Z…