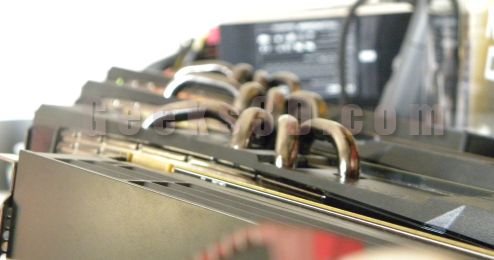 Depending on the model, a graphics card is fed by either one or two kind of sources: