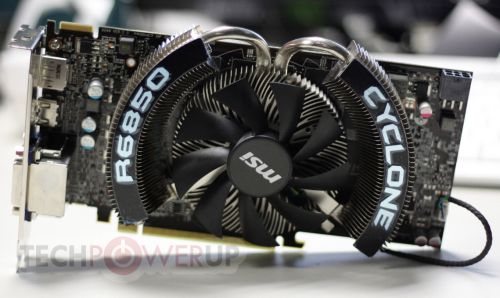 MSI showed off the upcoming R6850 Cyclone OC Power Edition, a factory overclocked Radeon HD 6850. Like on the N460GTX Cyclone OC, there’s no heatsink on the VRM (because of the fan air flow and the high quality components, at least I hope it’s the reason 😉 ).

MSI has managed to push the GPU core clock up to 1000MHz (ref clock is 775MHz) with a GPU temperature that didn’t exceed 65°C under FurMark. 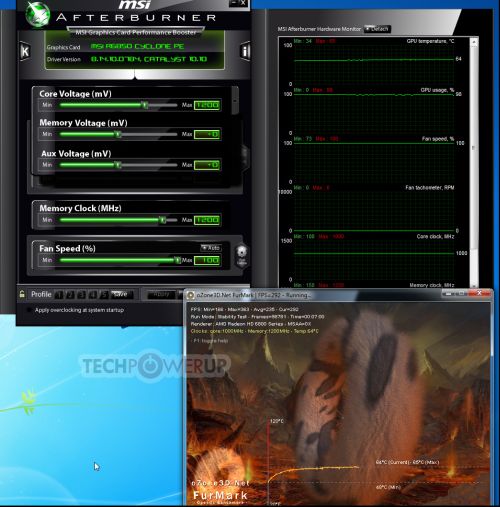 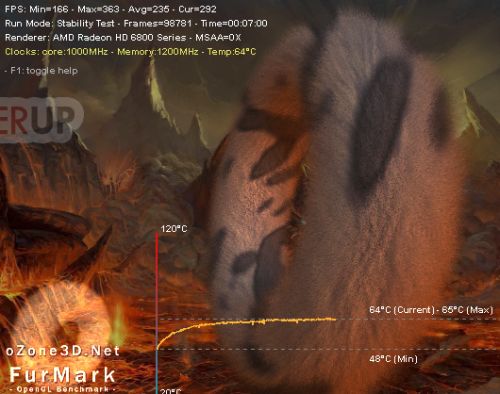 By the way, MSI has a cool vga stress test utility called Kombustor, I wonder why they still use FurMark for their marketing needs???