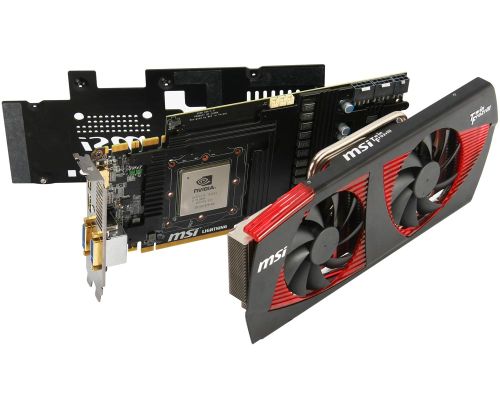 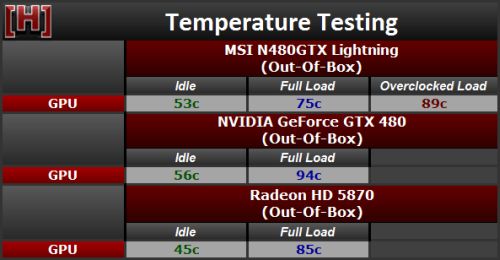 Few days ago, MSI has launched its flagship graphics card, the N480GTX Lightning, a card designed for extreme people and that comes with a 16-phase VRM, 3 power connectors (two for the GPU and one for the memory) and the new Twin Frozr III VGA cooler.

Today, the guys at [H]ard|OCP have tested MSI’s new baby and of course tortured this USD $549 beast with FurMark. 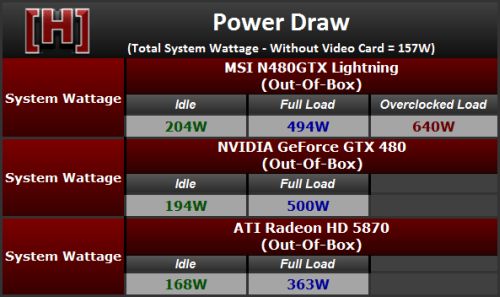 Of course, the GeForce GTX 480 GPU is still producing a lot of heat. The MSI N480GTX Lightning has a very effective cooling device, so it is good at removing heat from the GPU, but that heat has to go somewhere. And where the heat goes is into your computer case. Or, if you are running an open system, it goes directly into your computer room. Here in my office, the ambient air temperature increased from 24 degrees to 27 degrees Celsius. That may not sound like a lot of heat, but consider that this office is approximately 168 square feet with 9 foot ceilings. It was definitely noticeably hotter in the office with the MSI N480GTX Lightning running.

One thought on “MSI N480GTX Lightning Stressed By FurMark”