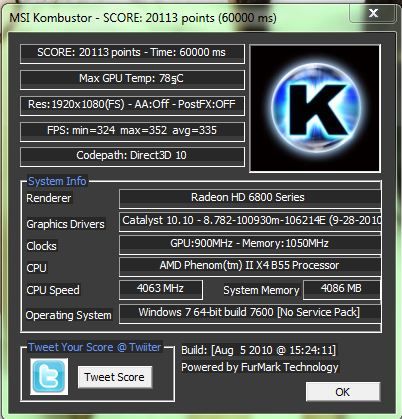 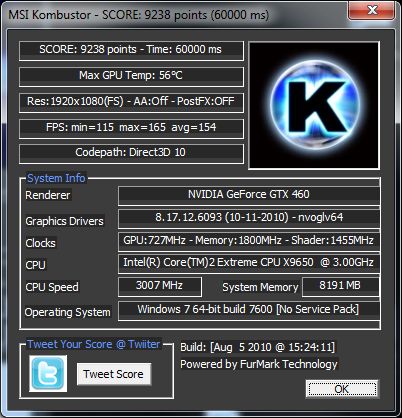 This is interesting because MSI Kombustor like FurMark is very GPU intensive and the CPU does not affect much the final score. Of course FurMark-like tests are not representative of real 3D tests like in game rendering but it shows the GPU raw power…

At the end of the test, the Bart XT GPU reached 78°C. Since the default mode of MSI Kombustor is really soft for modern GPUs, the HD 6870 GPU could reach 90°C under a violent stress test…

UPDATE
I just tested Kombustor with a Radeon HD 5870 with the same settings: 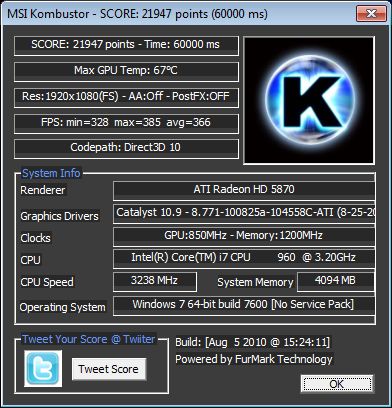 I also found the score for a Radeon HD 5850 (from XtremeSystems forums): 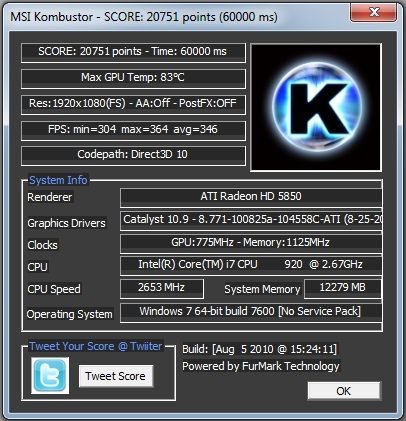