What is gamma correction and why is it important?

Gamma correction is the operation that aims to cancel the non-linearity property of a display device (CRT or LCD). There are other devices that display an image but in this article I focuse only on monitors.

The following graph shows the non-linear response of a monitor: 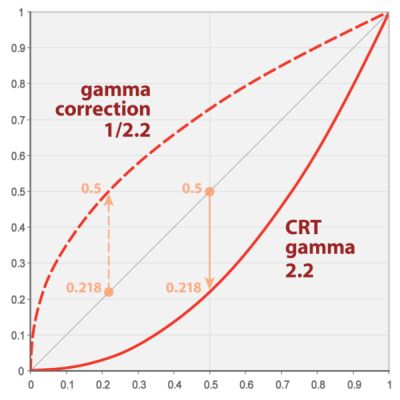 A monitor has a non linear response. That means if we sum two colors, the color of the pixel displayed will not be the sum of both colors but will have a lesser value.

Here is a simple example. Let’s consider we have an Add() function that compute the sum of two channels (here the red channel). Channels values are in the range [0.0 ; 1.0]

Because the response of a monitor can be approximated by a power function like this:

Ok let’s plug some numbers in these equations:

Enough with the theory, let’s see how we can do this gamma correction in practice for a real time 3D application.

How to achieve gamma correction?

There are two ways to do gamma correction:

I coded a small GeeXLab demo that shows the impact of gamma correction (or the impact of the non-linear response of the monitor as you want). You can download the demo at the end of the article.

You can also download this demo from the Shader Library.

The demo is quite simple. I render a simple scene (a yellow teapot + the reference grid) into a frame buffer. The final scene image is got by applying a gamma correction shader on the scene buffer.

The gamma factor is an uniform variable so you can change it (with the tweak bar in the GeeXlab demo) and see the impact of different values. 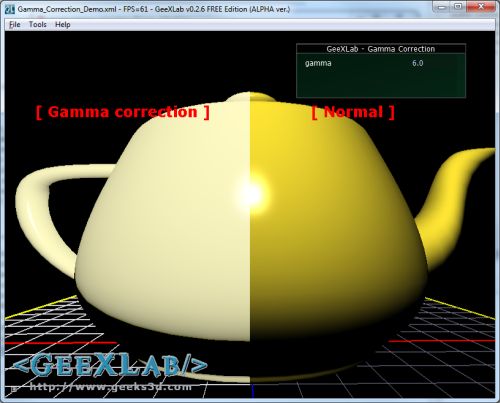 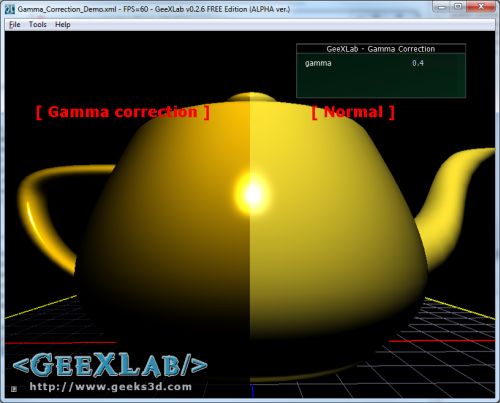 Now, if we want to be more precise, we have to apply gamma-correction to each channel (red, green and blue) separately (just drag n drop the source file Gamma_Correction_Channel_Demo_SRC.xml in GeeXLab): 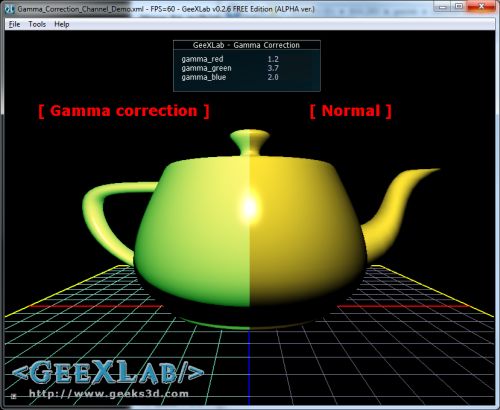 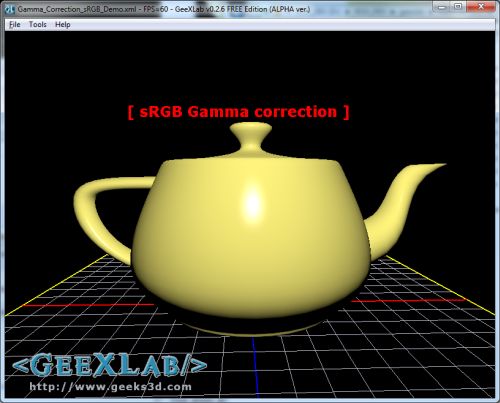 In OpenGL, using GL_ARB_framebuffer_sRGB is really simple: once your FBO is bound, just enable the sRGB space with

With GeeXLab, you can use sRGB space with the gamma_correction attribute of a render_texture node: 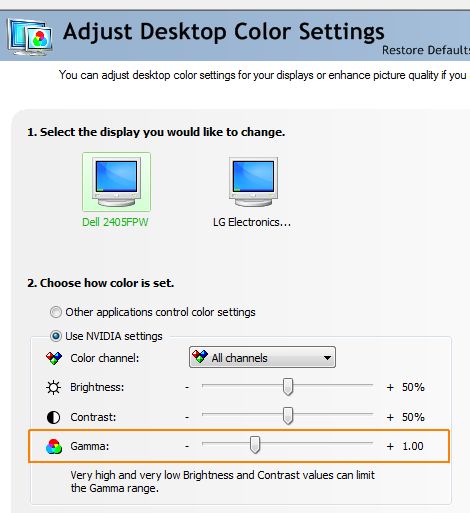 Now if we set gamma to 2.2 we get the same rendering than in the left part of the demo.

As you can see, there is a notable difference between gamma corrected and non-gamma corrected images. Gamma correction is simple solution to improve visual quality in real time 3D apps.

The following image shows an important difference in the self-shadow boundary between gamma and non-gamma corrected images: 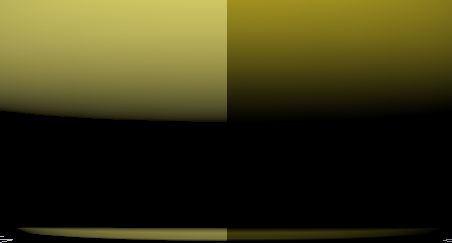 11 thoughts on “(Tutorial) Gamma Correction: A Story of Linearity”