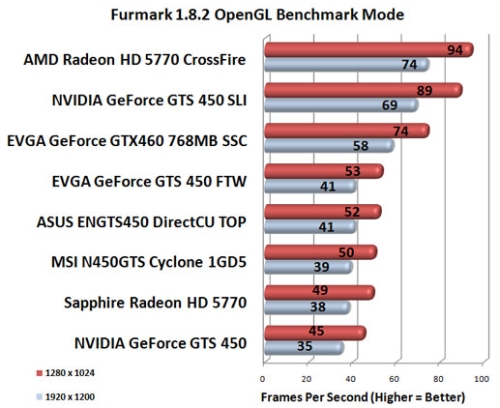 In their test about NVIDIA GeForce GTS 450 SLI vs ATI Radeon HD 5770 CrossFire, the guys at Legit Reviews have written this funny passage about FurMark:

Furmark is a benchmark that neither AMD or NVIDIA want us to use, but we use it anyway since they tell us not to run it. This site wouldn’t be called Legit Reviews if we drank all the kool-aid that these companies tell us on a daily basis. Even though neither company wants us to run this benchmark we saw some of the best scaling of any of the nine tests that we have run so far! NVIDIA scaled 97% on SLI and ATI wasn’t too far behind at 95% on CrossFire at a resolution of 1920×1200!

Thanks Legit Reviews to support the furry torus 😀 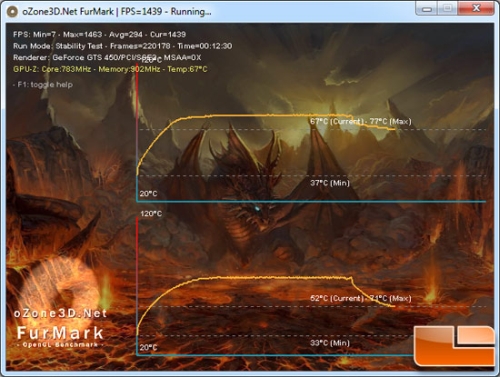 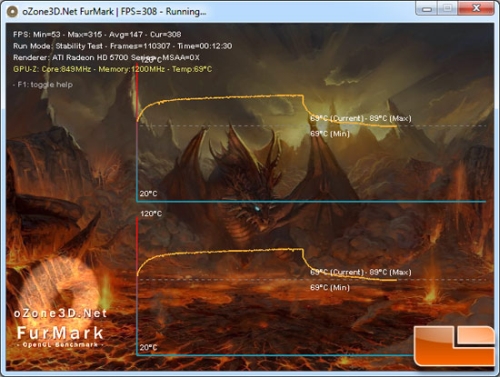