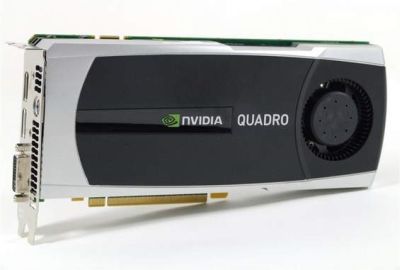 ATI’s FirePro V8800 can be seen as the pro version of the Radeon HD 5870. Both cards are based on the Cypress XT GPU with 1600 stream processors.

And according to the results of the test, the Quadro 5000 dominates the FirePro V8800. But it’s not really from a hardware point of view but rather from a driver point of view. NVIDIA Quadro graphics drivers are highly optimized while this is not the case with AMD ones… Still a story of drivers with AMD.

Like Nvidia, AMD artificially hobbles its Radeon-class desktop cards through the driver, ensuring that only FirePro models will offer top performance in workstation scenarios.