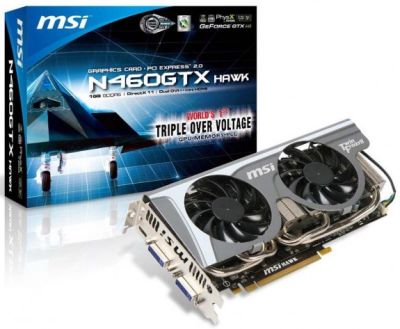 MSI’s N460GTX Hawk is the new GeForce GTX 460 for the enthousiast. This card is designed for overclocking with a 7+1 multiphase VRM, V-Check points to read GPU, memory and PLL voltages (like MSI’s R5770 Hawk), military class components and the efficient Twin Frozr II VGA cooler.

The GF104 GPU hidden behind the VGA cooler, is pre-overclocked at 780MHz (the reference GPU clock is 675MHz…) and according to this news, will be ablée to reach the 1000MHz like the following screenshot shows it well: 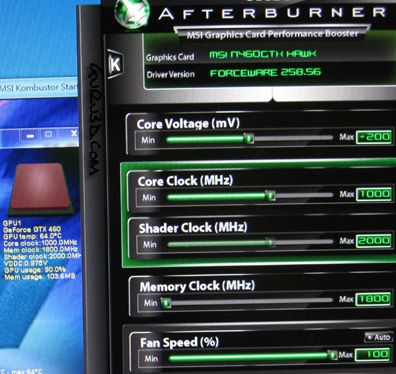 MSI’s N460GTX Hawk, that should be available very shortly, is announced with a TDP of 180W and its price is around 220 euros.