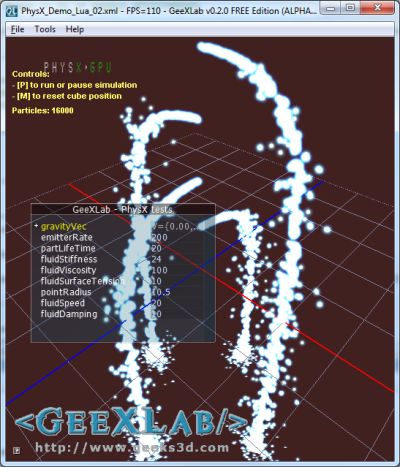 A new version of GeeXLab is up for grabs. Most changes included in this are ready since two or three months, shame on me!

Here is an overview of the new features. PhysX fluids are now available as well as a new code sample. A subset of ZoomGPU (ZoomGPU is used in GPU Caps Viewer, GPU Shark or FluidMark) functions is now available through the HYP_ZoomGPU lib (Python and Lua). Currently only functions related to the number of GPUs, their names and their temperatures are coded. OpenCTM support has been added as well as a code sample. For GLSL programming, there is now a new XML node called gpu_program and a new lib called HYP_GpuProgram (Python, Lua). The new GpuProgram object uses OpenGL 2.0 core functions and prepares the path to OpenGL 4.x support 😉 The old shader_program is still valid but is limited to OpenGL 1.5 shaders (ARB).

The code samples pack has been updated and can be downloaded HERE.

GeeXLab forum has been moved to oZone3D.Net and there are now two forums: GeeXLab (forum en français) and GeeXlab (English forum). 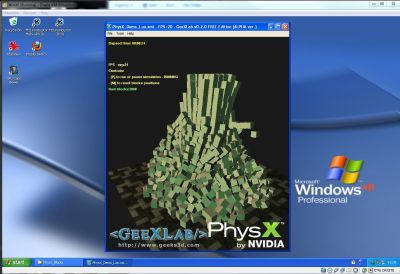 9 thoughts on “GeeXLab 0.2.0 Available With PhysX Fluids And More!”