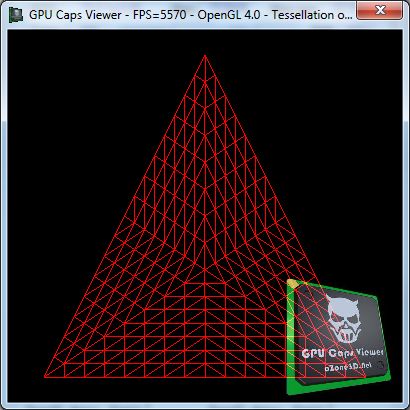 Yesterday I released GPU Caps Viewer 1.8.9 with OpenGL 4.1 support. But, actually, the support is limited to the use of an OpenGL 4.1 context to read OpenGL caps. Not really terrible… So I decided to look at one of the killer features of OpenGL 4: the tessellation for a new demo in GPU Caps Viewer.

I already covered a bit the hardware tessellation in this article.

Here is (in an OpenGL-spec-like way) the five programmables units (vertex, tess control, tess evaluation, geometry and fragment) and the fixed-function tessellator:

My aim was to add a very simple demo in GPU Caps Viewer, a tessellated triangle, and to see if hardware tessellation worked fine on both NVIDIA GeForce and ATI Radeon cards. I’ll cover how things are done in another article more focused on shader programming (after the release of GPU Caps Viewer). In the meantime, some useful links are provided at the end of the article.

First thing: all my tests have successfully worked on a GeForce GTX 480 (with R259.09) and on a Radeon HD 5870 (with Catalyst 10.7). This is a really good start and above all, the same code works as expected and in the same manner on GeForce and Radeon. NVIDIA and AMD OpenGL driver teams have done a good job!

So I played a bit with these params in the control shader. The maximum value for both levels is currently 64. Roughly said, you can divide an edge into 64 smaller parts. The following sreenshots show the tessellation for various levels: 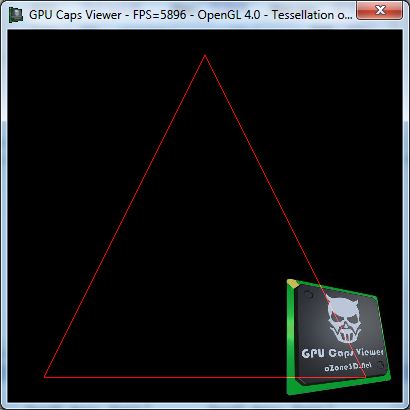 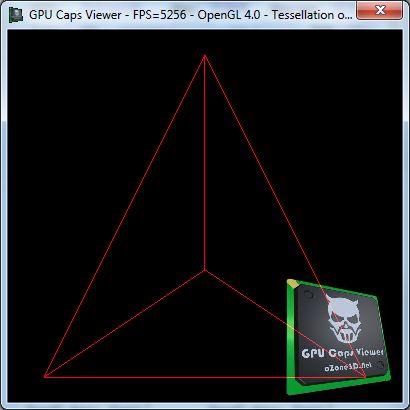 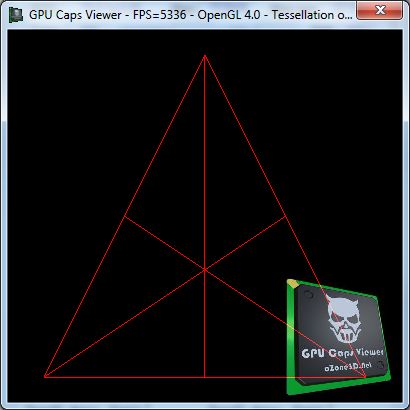 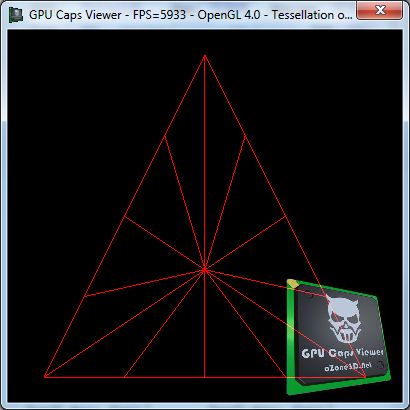 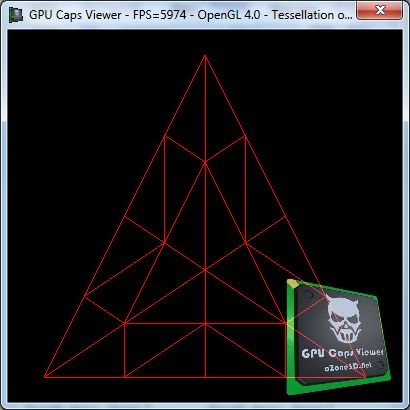 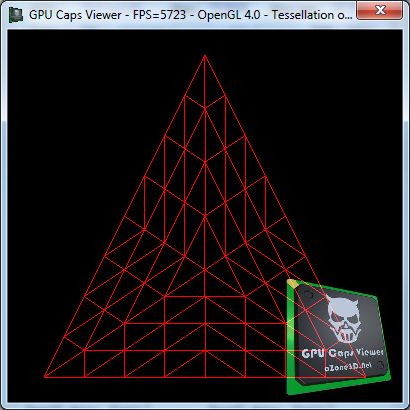 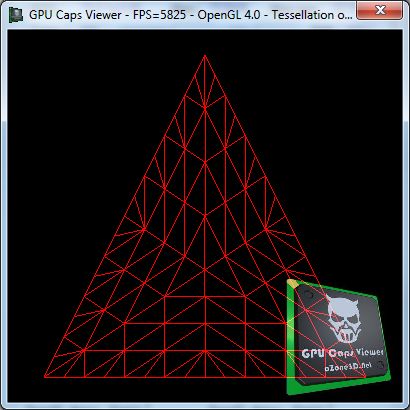 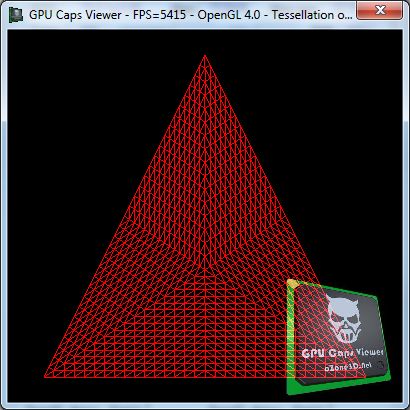 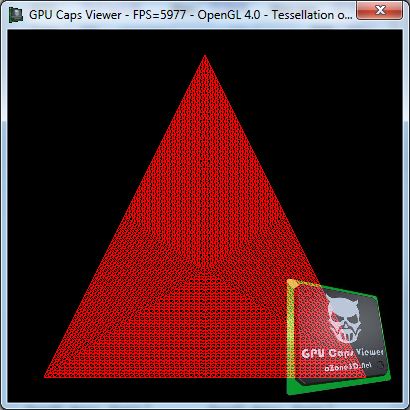 Here is a list of useful links. The most important is of course the big GL_ARB_tessellation_shader extension specification.

GPU (or hardware) tessellation is new and cool domain to explore. I will release shortly GPU Caps Viewer with the tessellation support (demo + caps) and why not a new benchmark…