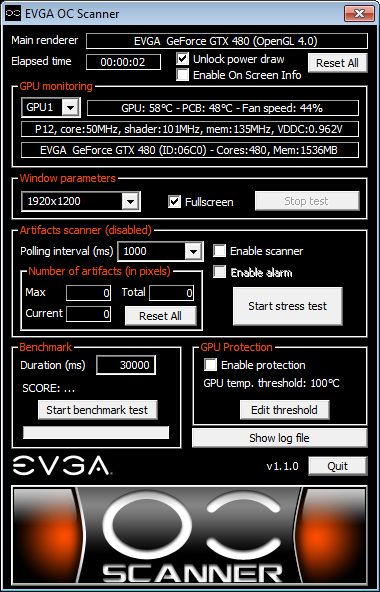 The new version of EVGA’s stress test tool and actifact scanner is out. EVGA OC Scanner 1.1.0 has been updated with the same GPU monitoring code than GPU Shark. A power draw control feature has been added (see this post to know why). An On Screen Information (OSI) option has been added in order to have the essential information displayed in the 3D window. But currently, OSI is not compatible with the artifact scanner (what a shame!). I’ll remove this incompatibility in the next version.

OC Scanner works with an EVGA GTX 400 series card only. 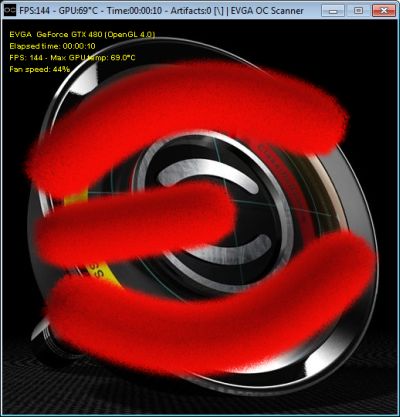