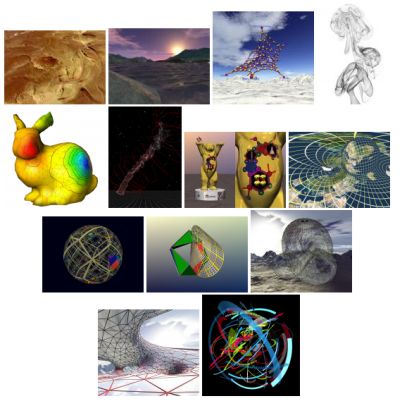 jReality is a real time 3D visualization focused on mathematical and scientific content. It is written in Java and maintained by a team mainly from the Technical University of Berlin and distributed open source under a BSD licence. jReality offers several uncommon features for a 3D SDK such as:

These capabilities make jReality a great and easy-to-use platform for 3D content creation and interaction. Typical applications are:

Look at this small programming tutorial, it seems so simple …