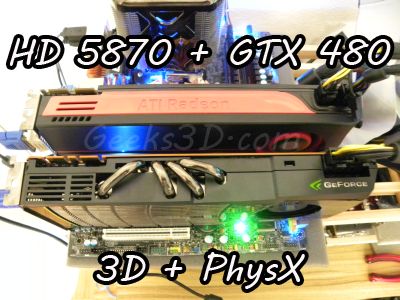 Do you remember this news ? Two years ago, it was possible to run in the same time a Radeon for 3D rendering and a GeForce for PhysX simulations.

But these last times, some bugs, like like this one AND weird phenomenons like the reverse gravity timebomb, have prevented the use of a dedicated GeForce for PhysX when a Radeon is used for 3D graphics rendering.

But in the new NVIDIA graphics drivers R257.15, another weird phenomenon has suddenly fixed everything: now you can use a GeForce for PhysX and a Radeon for graphics in the same time!

Great news my friends especially for Radeon owners. Hybrid PhysX is back!

GenL’s quotation (GenL is the author of the PhysX patch):

In Windows XP i’ve just extended the fake desktop, and on Windows 7 i created one non-extended – that’s all i needed to get GPU-PhysX working. And even more surprising – timebomb issue is gone too, at least for its normal time interval (~30 seconds in FluidMark).

Okay let’s make a test. In my testbed, I plugged a Radeon HD 5870 with Catalyst 10.5 and a GeForce GTX 480 with R257.15. After having tweaked Win7 desktop to enable GPU PhysX (like said right above and thanks to the video at the end of the post), I launched PhysX FluidMark 1.2.0.

The following screenshot is the proof: 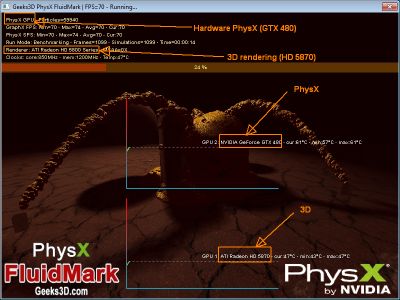 And here are the scores: 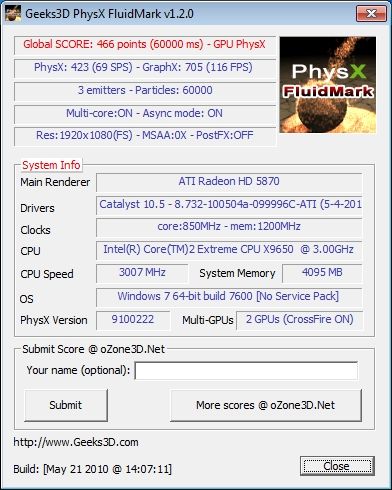 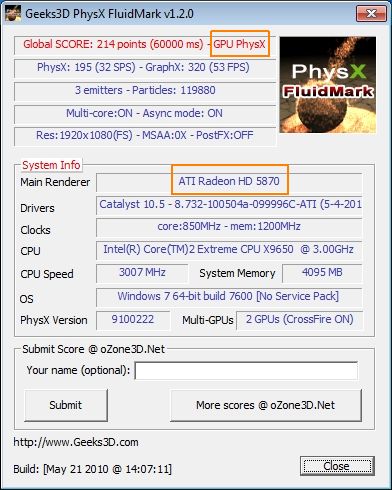 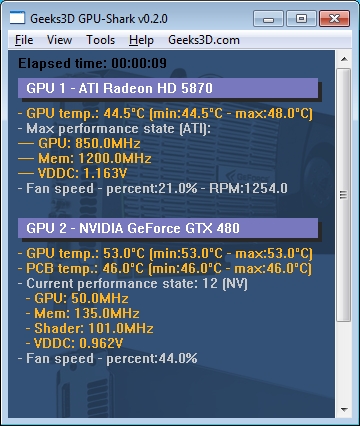 8 thoughts on “[TEST] R257.15 Can Fix Everything: Radeon and GeForce Cards Can Now Work Again Together Side-by-Side for 3D and PhysX!”