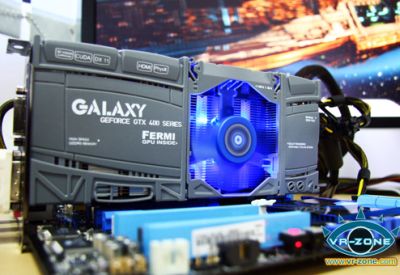 The guys at VR-Zone have tested the first non-reference NVIDIA Fermi-based card: a GeForce GTX 470 from GALAXY.

While there is no breakthrough in cooling performance, the GALAXY cooling solution is able to keep temperatures under control without becoming too noisy.

Fan noise becomes somewhat audible only if you decide to go close to the card on load. On an open-air setup, if you’re seated about an arm’s length away, the fan would definitely not bother you at all. That said, you would not be able to hear the card when it is installed in a case. 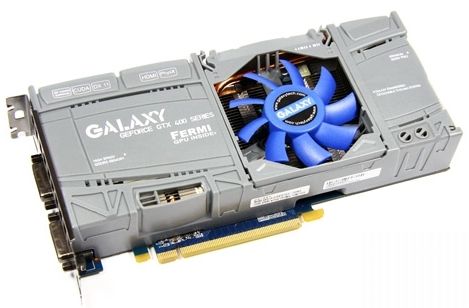 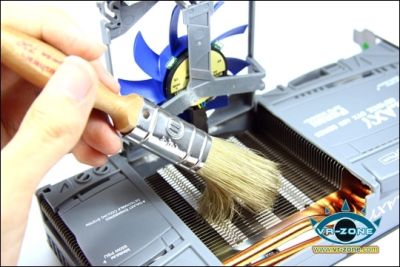 3 thoughts on “Non-Reference GALAXY GeForce GTX 470 and FurMark: Temperatures Are Under Control!”