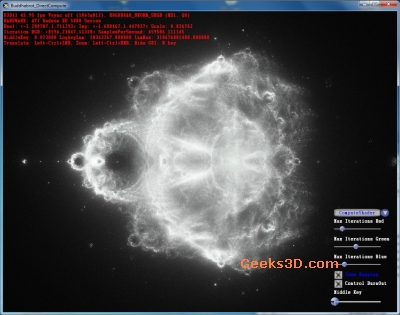 Here is a DX11 DirectCompute implementation of a Buddhabrot renderer. Full VC++ 2008 project is provided as well as the executable.

The Buddhabrot is a special rendering of the Mandelbrot set which, when traditionally oriented, resembles to some extent certain depictions of the Buddha. When viewed upside-down, it vaguely resembles a human face with large, triangular glasses or goggles over its eyes.

For those that can’t see the demo, here is a video: