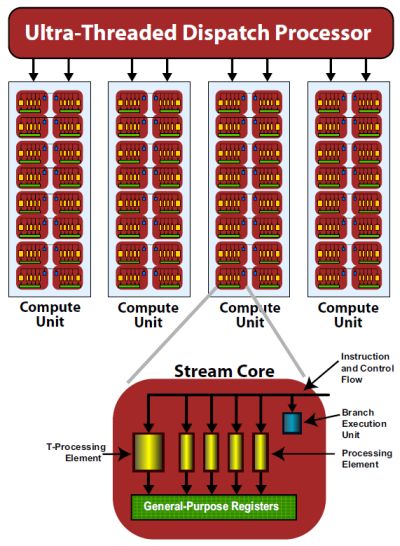 AMD has launched a new tech zone about OpenCL mainly dedicated to developers.

AMD has also released a cool thing for all OpenCL developers: the OpenCL Programming Guide v1.0.

In this guide you can find a complete glossary of terms about GPU computing:

Thread: One invocation of a kernel corresponding to a single element in the domain of execution. An instance of execution of a shader program on an ALU. Each thread has its own data; multiple threads can share a single program counter.

GPU compute device: A parallel processor capable of executing multiple threads of a kernel in order to process streams of data.

SIMD Engine: A collection of thread processors, each of which executes the same instruction per cycle.