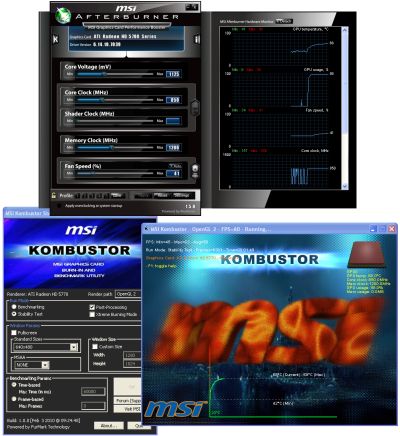 MSI Afterburner 1.5.0 changelog can be found on the download page or HERE.

MSI Afterburner and Kombustor have been released in the same ZIP archive. You can download both tools HERE.

Remark: the version of Kombustor included in the ZIP archive at the time of this post is wrong (0.8.0). The official version 1.0.0 will replace version 0.8.0 very soon…

Now, you can change MSI Kombustor settings with the standalone version (with the GUI – graphical user interface) and these settings will be used when the user will press the K button in MSI Afterburner interface: 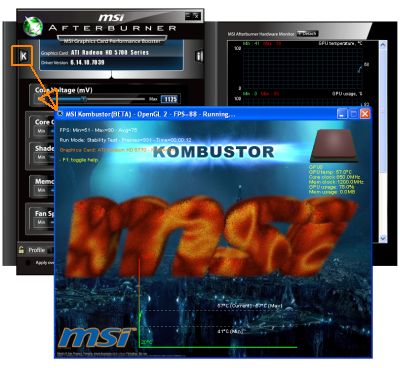 The forum support for Afterburner and Kombustor can be found HERE.