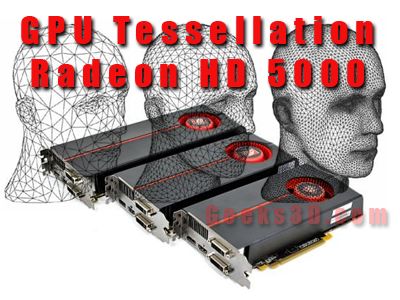 Update (2010.02.10): AMD provided me some important details about tessellation on Radeon. You can read these details HERE.

The tessellation is the processus that divides a polygon into smaller ones. Another definition is: tessellation allows to increase polygons density. Today tessellation can be done on GPU and provides several key benefits:

In old hardware like Radeon 8500 or Radeon 9800, there was a hardware tessellation module called TruForm. In OpenGL, TruForm functionality was accessible via the GL_ATI_pn_triangles extension. TruForm was designed for organic shapes. But AMD has removed the support of TruForm from Catalyst a long time ago so today we can ignore it.

In Radeon HD 2000, 3000 and 4000 series, the tessellation unit or tessellator is placed before the vertex shader (DX10 architecture): 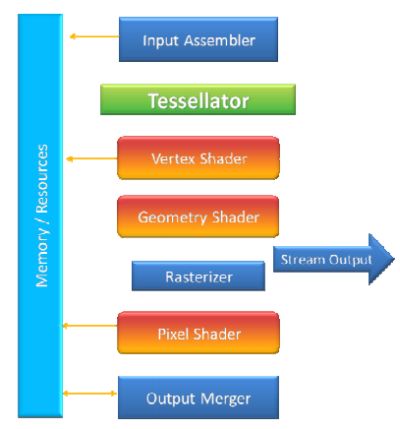 In Radeon HD 5000 series (DX11 architecture), the tessellator is placed after the vertex shader and comes with two new programmable units: the hull shader and domain shader.

The tessellation hardware in DX9/DX10 is a subset of the full tessellation unit of DX11. In both cases, the tessallator is a fixed function unit. You can’t program it with a shader.

In OpenGL, AMD Catalyst driver exposes the GL_AMD_vertex_shader_tessellator extension that allows to tweak the tessellator via 2 functions:

glTessellationFactorAMD specifies the amplification factor that allows to control the level of tessellation. The minimum value is 1.0 and the maximun value depends on the architecture / 3D API used: 15.0 in DX9 and DX10 and up to 64.0 in DX11.