AMD has released the WHQL version of Catalyst 10.1 which is a bugfix version (see the release notes for more information).

But this driver comes with a funny bug related to the driver version (under Win XP): 9.5 instead of 10.1.

And Terry Makedon confirms this fact but with another version number:

The correct 10.1 is up, the issue is that the version number just shows up as 9.12 – just use them as normal

Anyway, you can grab Catalyst 10.1 as usual HERE. 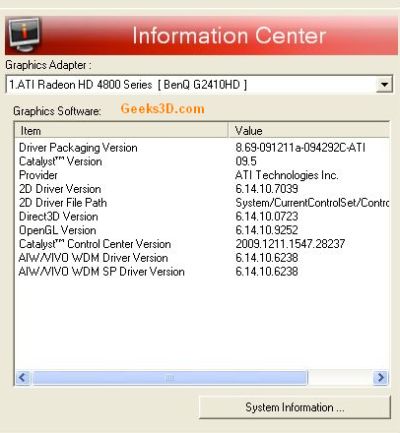