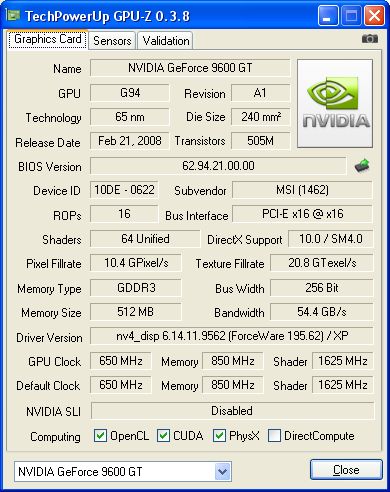 A new update of GPU-Z is out. GPU-Z is a tiny video card information utility. This new version fixes some bugs and adds the display of NVIDIA GPU load sensors (GPU, memory and video acceleration engine).

As usual, I tested the compatibility with FurMark because if GPU-Z is detected, FurMark displays GPU-Z data like GPU core and memory clocks. 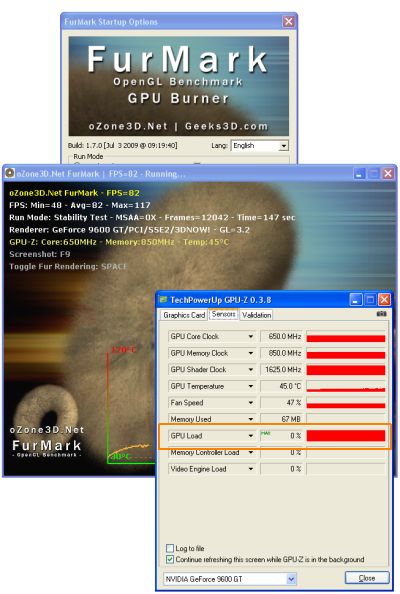 Seems the GPU load sensor is not properly refreshed: the value remains at 0 while the graph is at 100%. Maybe it’s a bug related to the 9600 GT video card I’ve used to test GPU-Z.

You can grab your copy HERE.