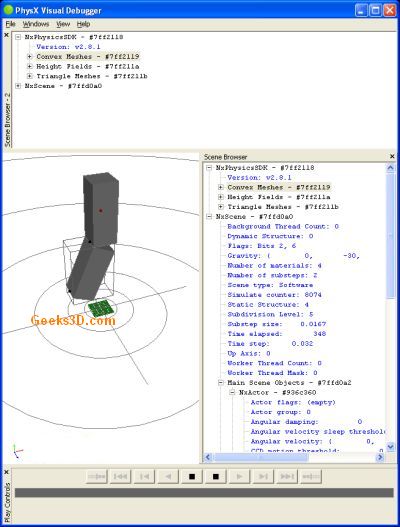 NVIDIA has released the new version of PhysX Visual Debugger (or PVD), the tool that allows you to visualize, debug, and interact with your PhysX based application.

I just tried this new version with GeeXLab. You can’t debug the first PhysX based app you have with PVD. The application must have an instruction to connect itself to PVD. GeeXLab offers such a functionality. I took the PhysX revolute joints demo and I added the HYP_PhysX.ConnectToVisualPhysXDebugger() instruction in the init script. Then I launched PVD, started GeeXLab, dropped the demo in GeeXLab and I was able to visualize and step inside the PhysX demo in PVD 😉 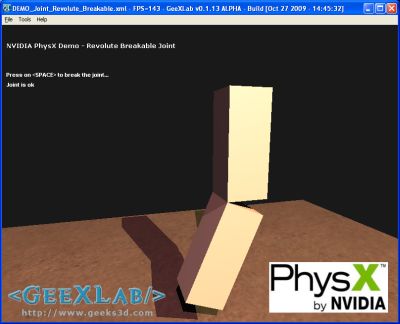