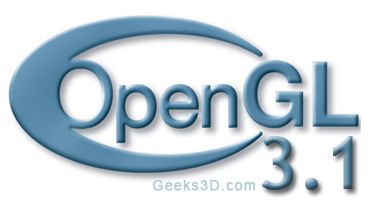 NVIDIA has just released a new set of graphics drivers for GeForce 8 series or higher. This new ForceWare 182.47 brings the support of OpenGL 3.1 and GLSL 1.40.

The specifications of OpenGL version 3.1 have been released on March 24, 2009. The major change in OpenGL 3.1 is all deprecated functions in OpenGL 3.0 are no longer supported.. Features removed from OpenGL 3.0 have been moved into the new extension GL_ARB_compatibility. This extension is not mandatory and NVIDIA, ATI, S3 can decide to add or not add it in their drivers.