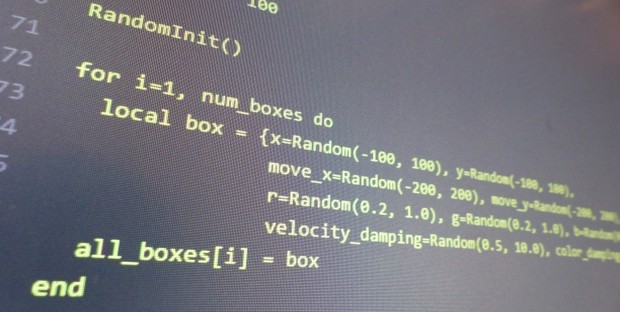 A new font module called gh_font has been added to GeeXLab since version 0.10.x. Let’s see how this module works.

gh_font is not limited to OpenGL: we can use it with Vulkan and Direct3D 12 too. Another small difference between gh_font and gh_utils.ftgl_font_xxx() is that gh_font can only load *.ttf files while the FreeTypeGL functions can load *.ttf and *.otf files. TTF files are the most numerous so this small lack is not dramatic.

gh_font is used by the new kx framework (more about it in another article) to display all information in OpenGL and Vulkan demos.

Here are the steps to create and use a font object with gh_font.

3/ retrieve the font texture for drawing

The next steps are usually done in a FRAME script.

4/ Reset the font. This must be done every frame for dynamic texts or once for static texts.

5/ Write text. x and y are in screen coordinates (the point 0;0 is the top-left corner).

6/ Once all texts have been written, we can update the font and render it using the GPU program font_prog (see the source code at the end of the article): 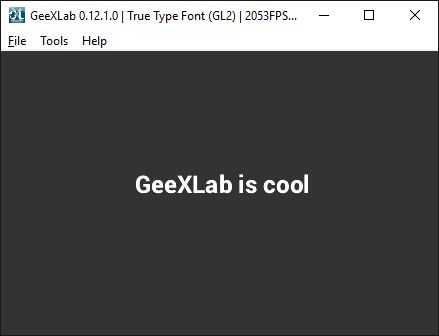 A new function added in GeeXLab 0.12.1.x allows to draw a sentence and to color each word (or part of the sentence) with a particular color. This new function is text_2d_v2(). This function does not have x and y parameters because it uses the current position of the text. For example
the following example:

GeeXLab demos related to this article are available in the code sample pack in the gl21/font-truetype/ folder.

The font GPU program used in most GeeXLab demos is the following: