The new Raspberry Pi 4 has two EEPROMs (electrically erasable programmable read-only memory) that store the firmware (boot loader code as well as the code of the USB 3.0 host controller VL805). In previous Raspberry Pi boards, the firmware was stored on the SD card.

Few days ago, a new firmware has been released that updates the VL805 code to the version 000137ab. According to several sources, this new firmware reduces the power consumption and board temperatures by enabling the power-saving functionality in the VL805 USB 3.0 controller.

According to Eben Upton:

Even the most USB-heavy use cases see some benefit from ASPM (ASPM = Active-State Power Management).

This USB firmware was in beta test since several months and is now in stable state.

Now, run the following command to check the status of the bootloader + VL805 code:

The bootloader code is up to date but a reboot is required to update the VL805 code.

Before the firmware update, the temperature of the processor was between around 58°C at idle state with a small heatsink (see this article). After the update, the same temperature is now around 52°C. Nice improvement! 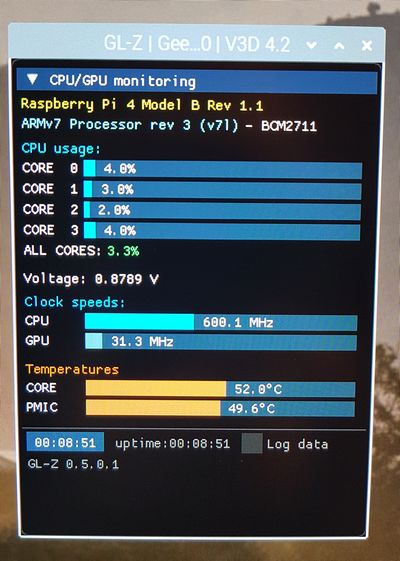 rpi-eeprom help
The help output of the rpi-eeprom-update utility has some interesting information:

One thought on “Raspberry Pi 4: New Firmware Reduces Power Consumption and Board Temperatures”