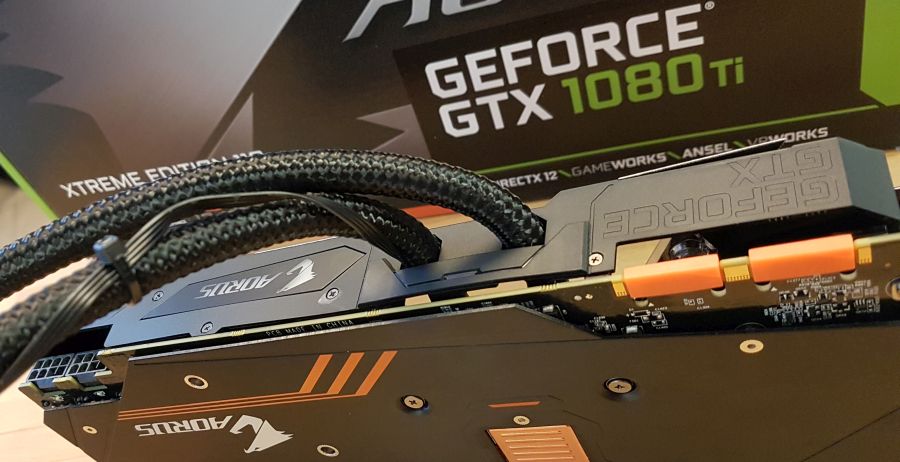 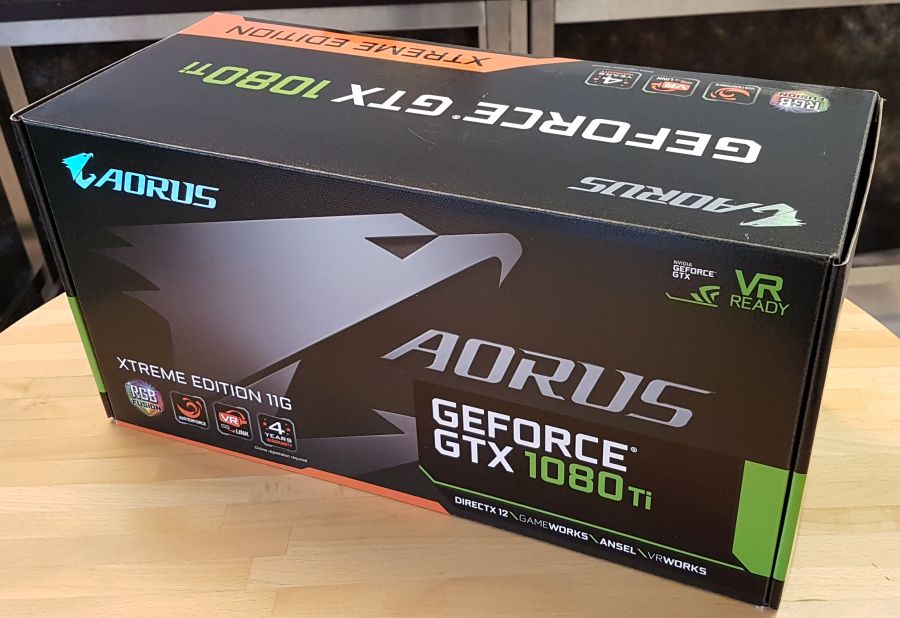 The bundle: the graphics card with its watercooled VGA cooler, some docs, an AORUS badge, a power connector and a CDROM with some drivers and tools. Very minimal! 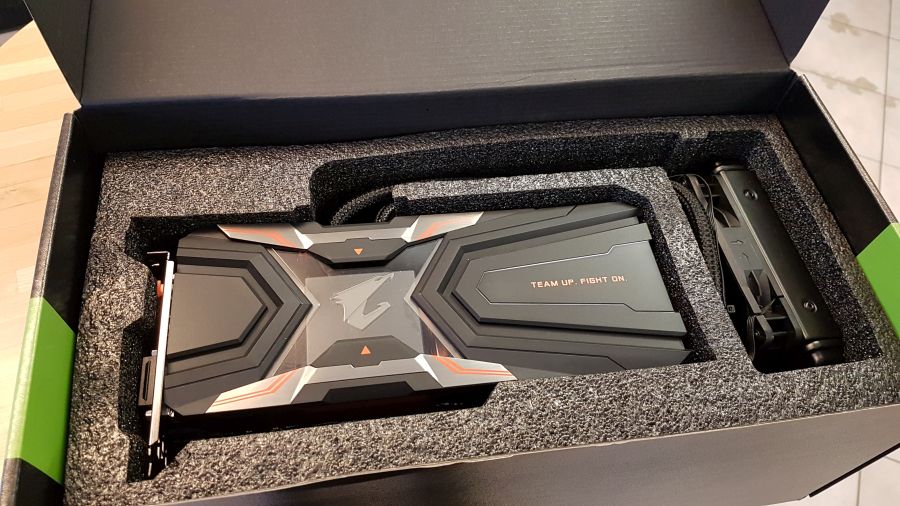 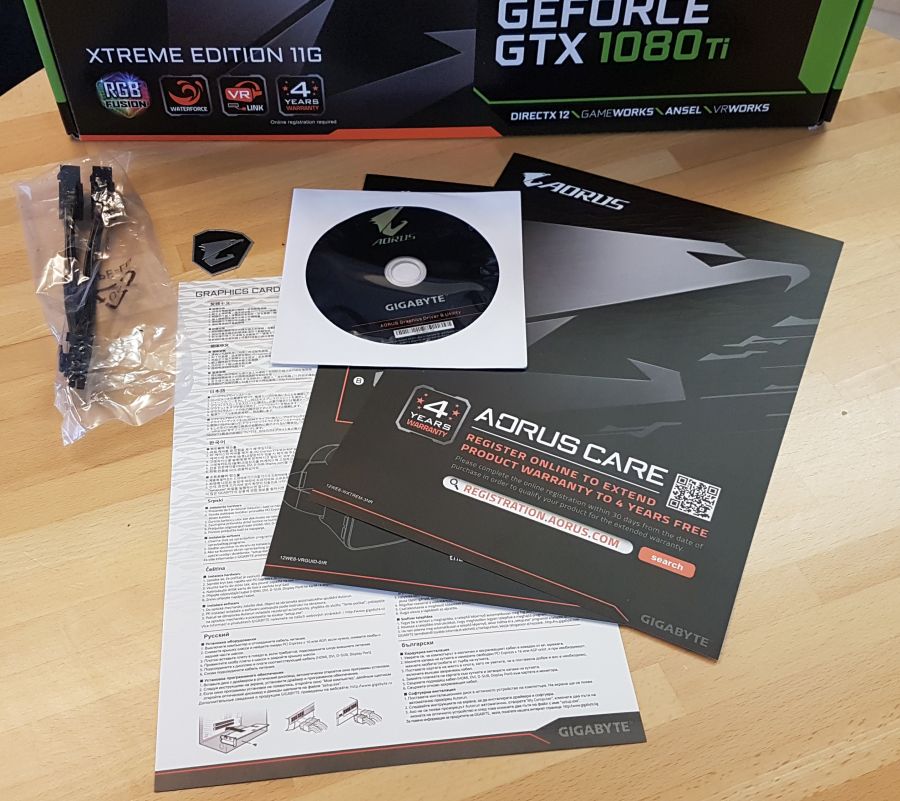 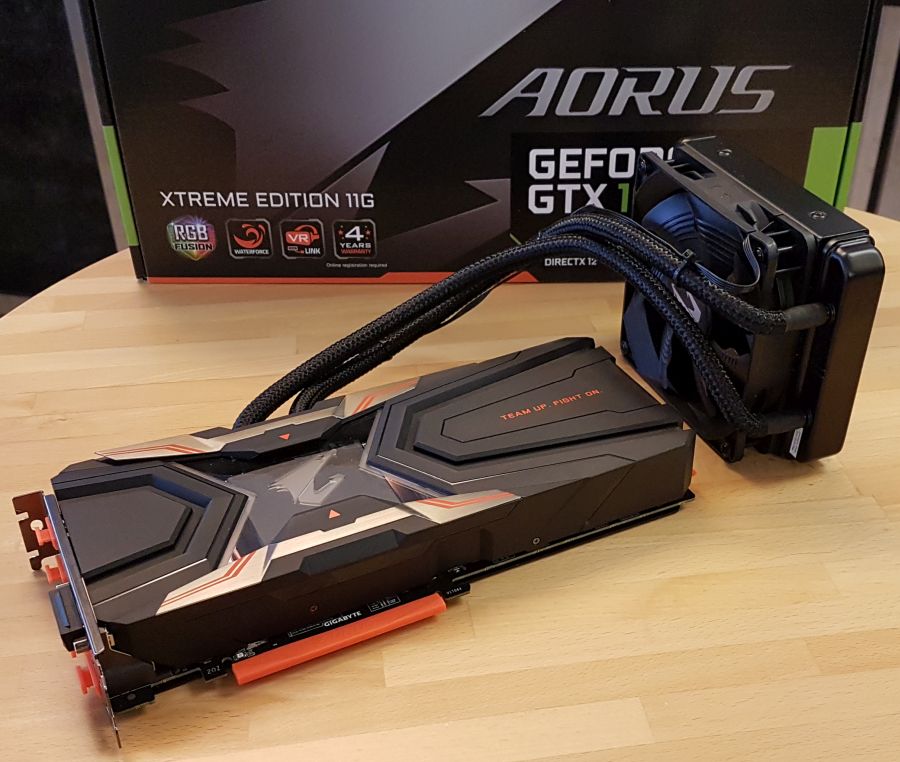 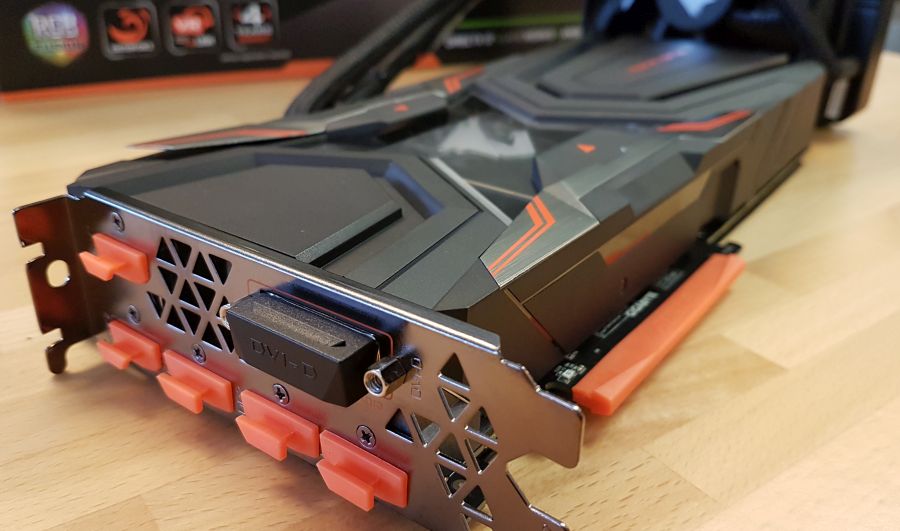 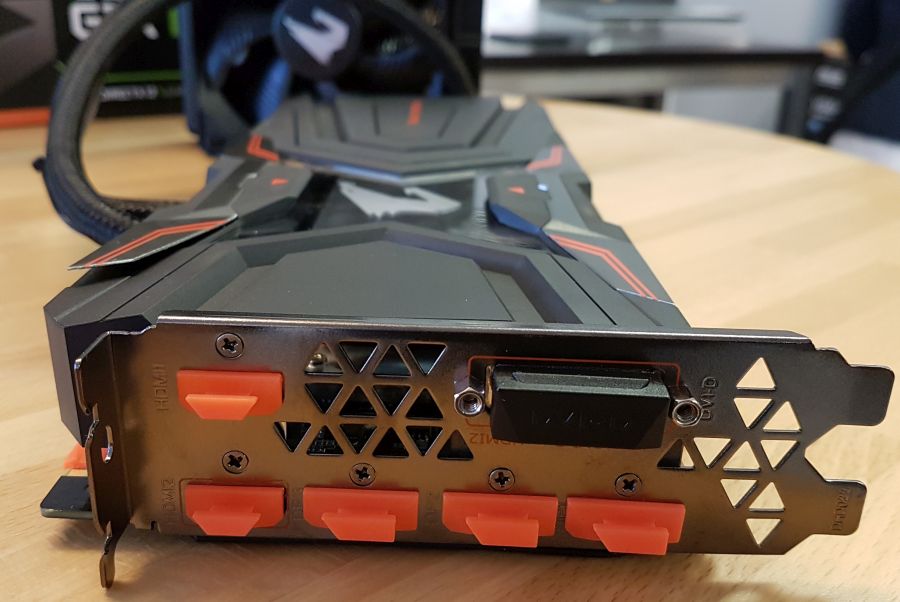 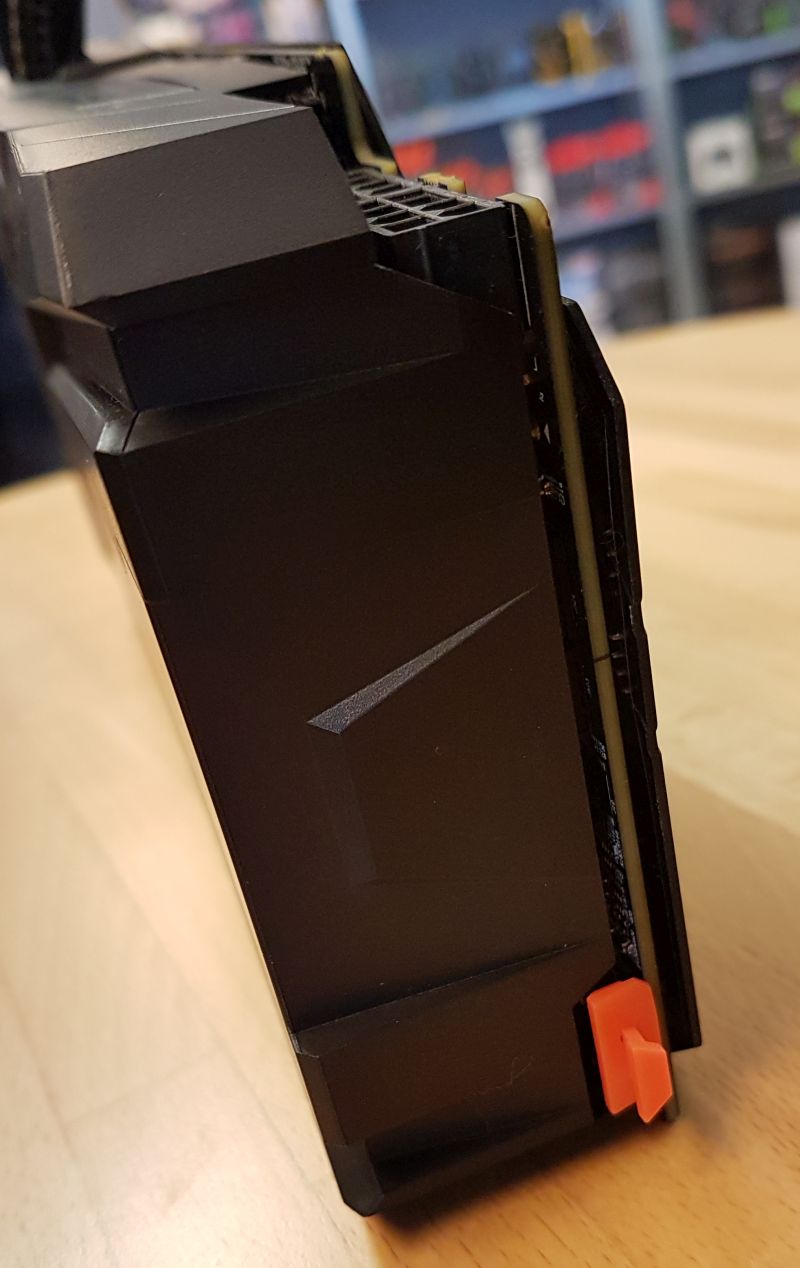 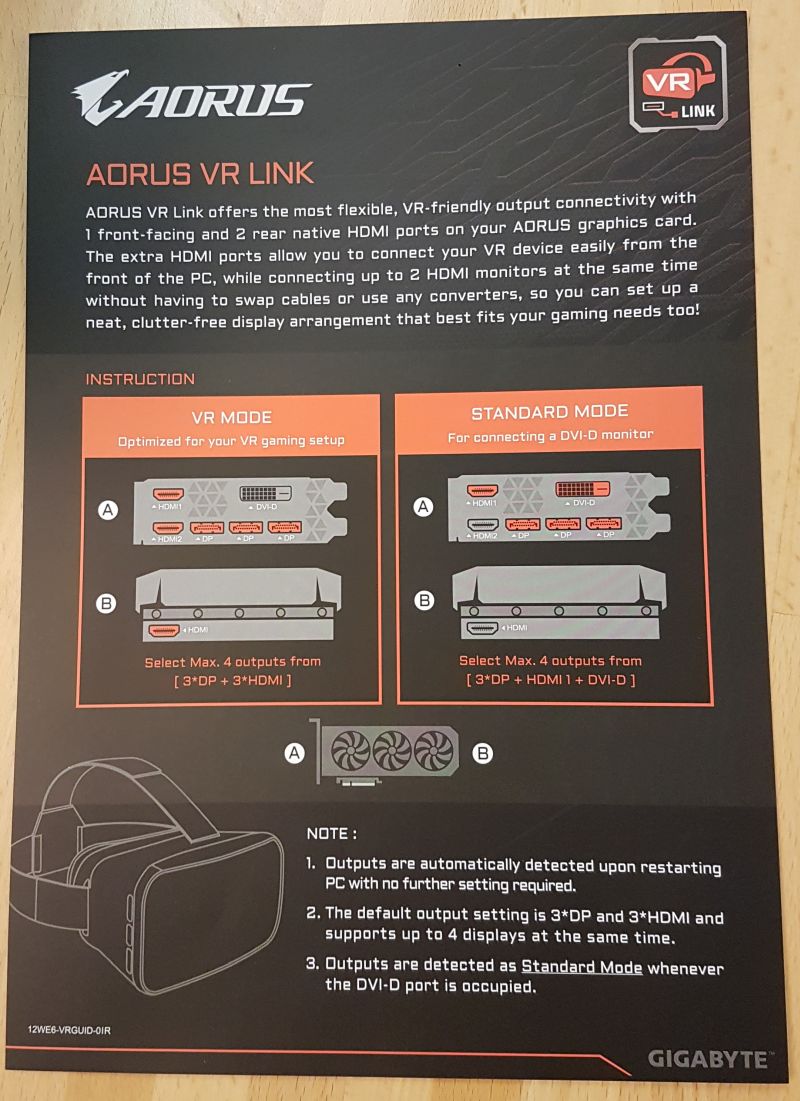 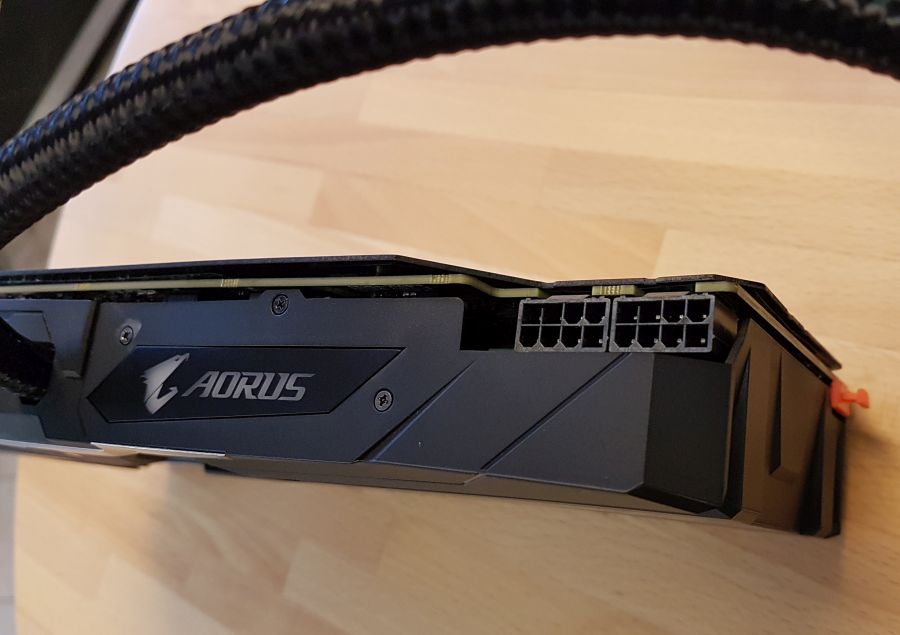 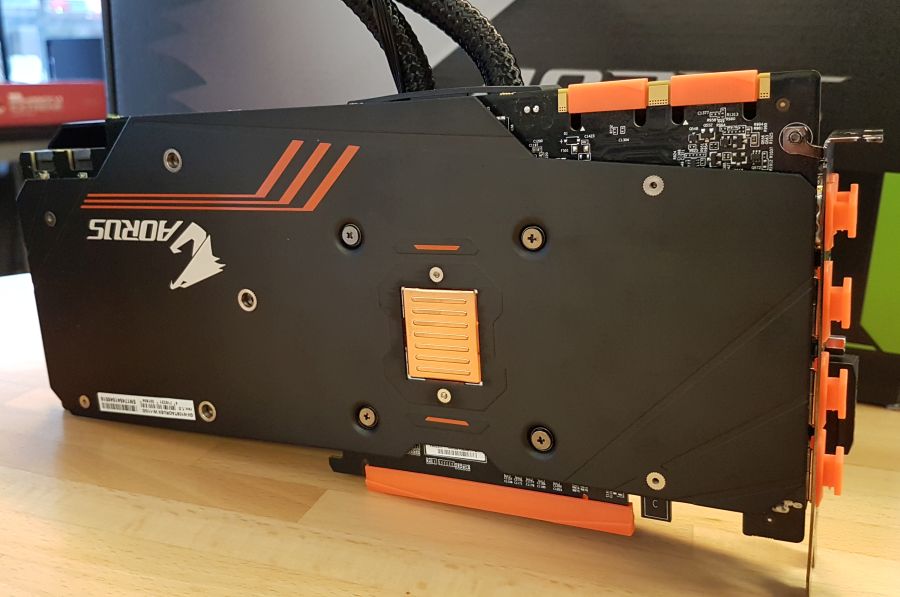 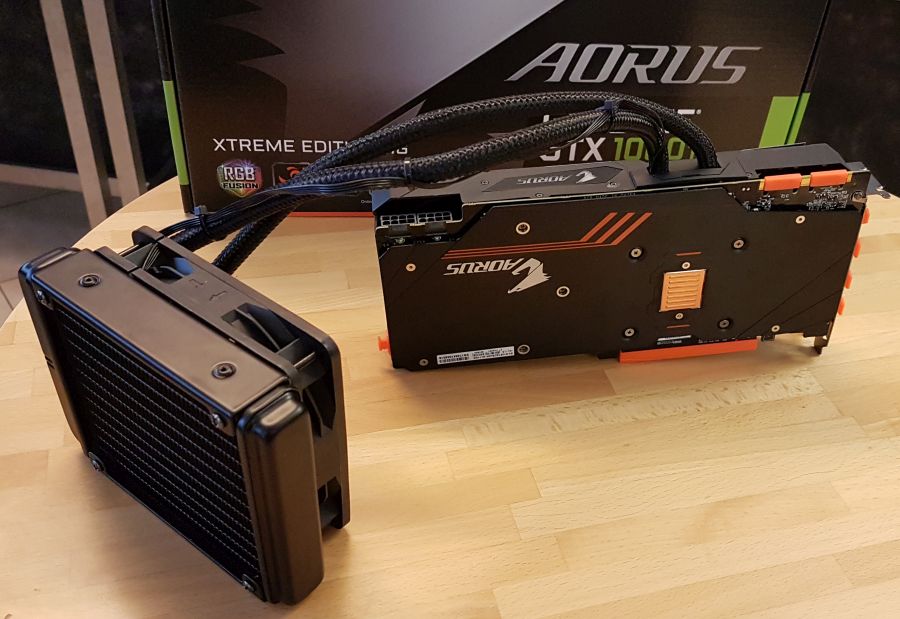 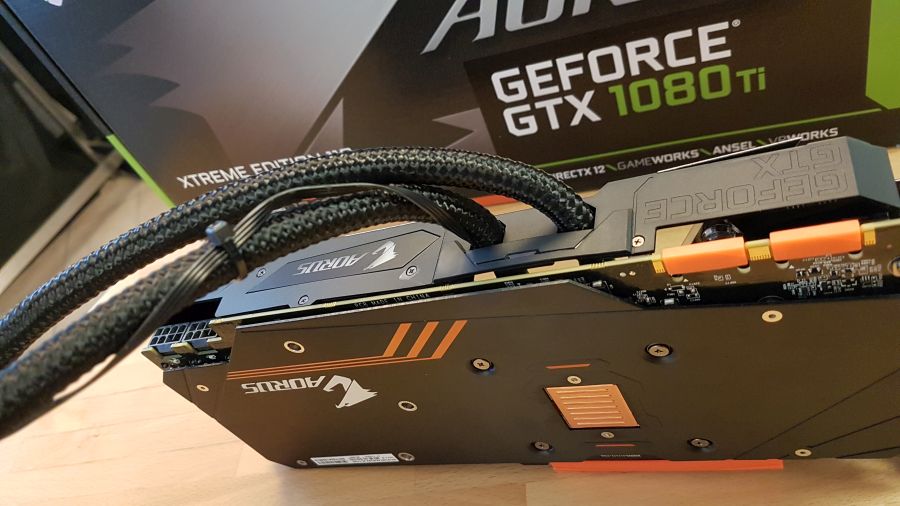 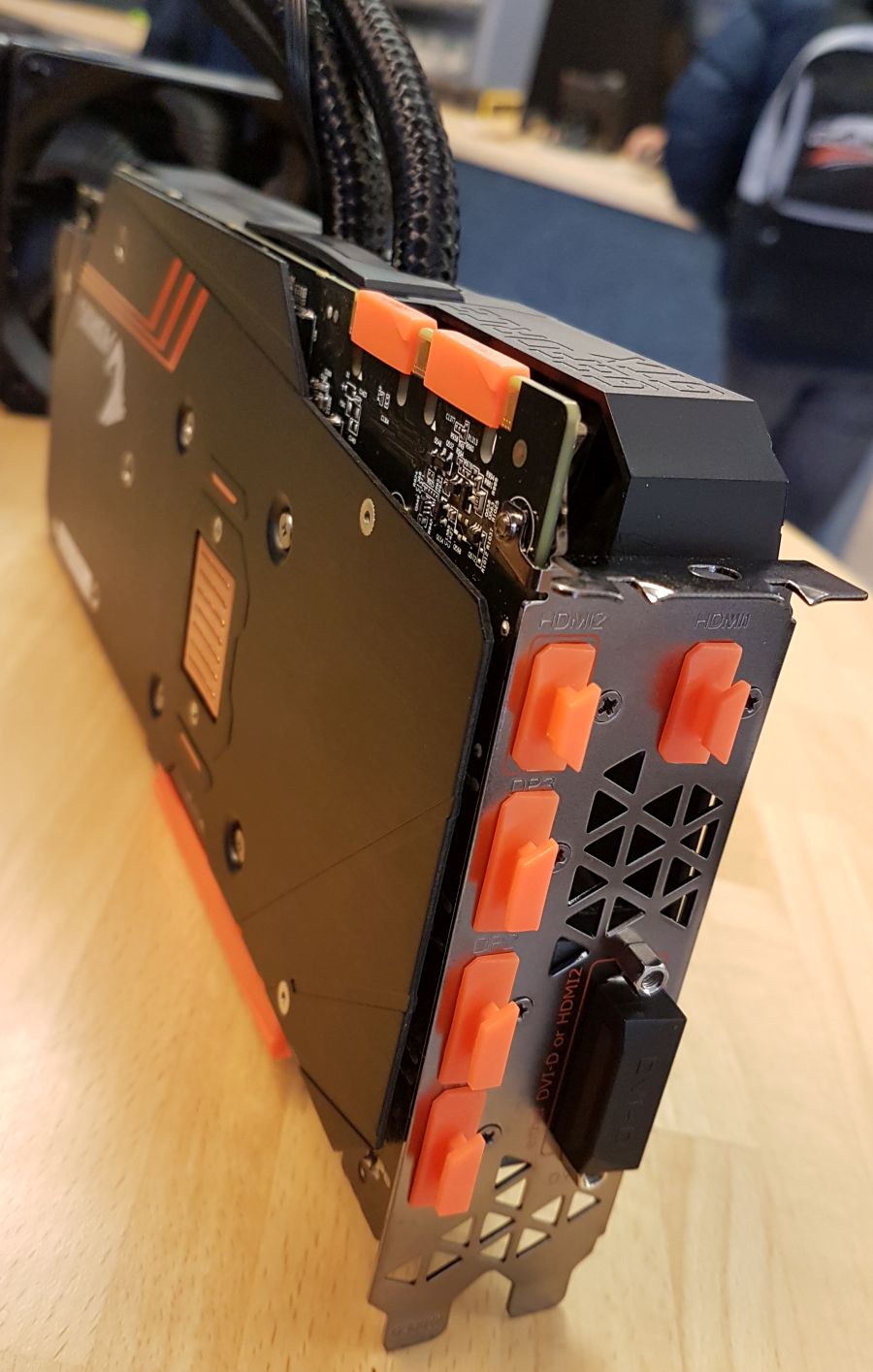 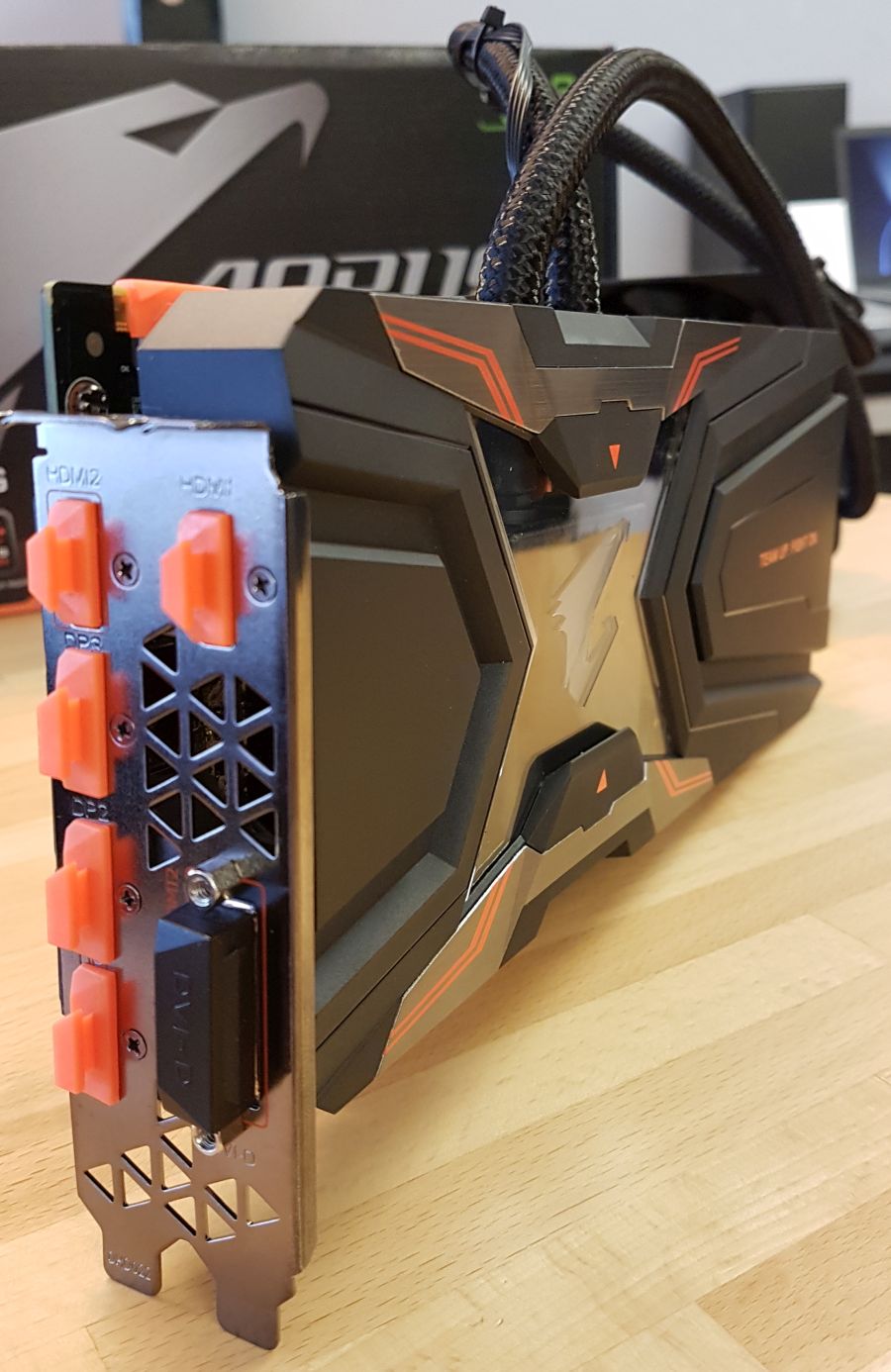