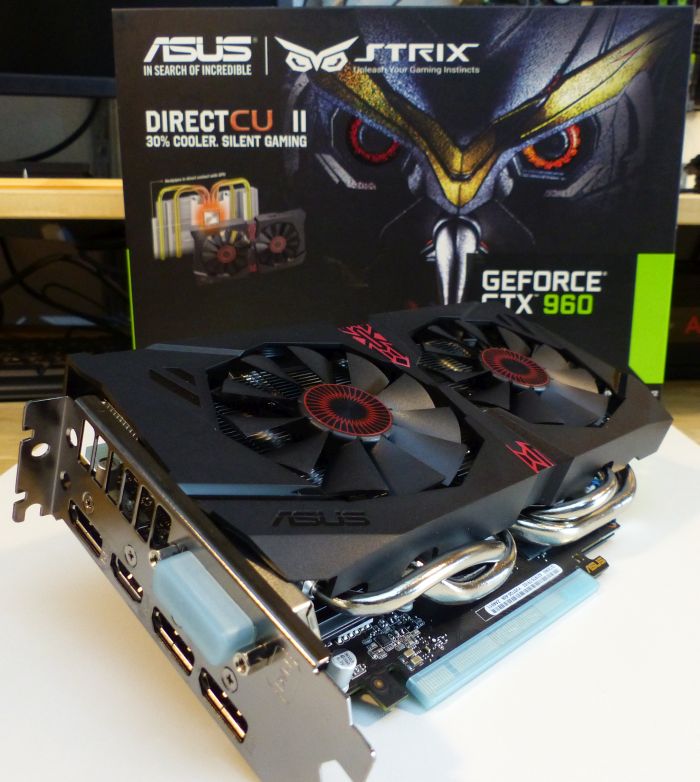 Another ASUS product reviewed today: the Strix edition of the GTX 960. I recently reviewed the Turbo GTX 960 and being a bit disappointed by this white card, I said the Strix GTX 960 was likely a better choice. Let’s see if it’s true. 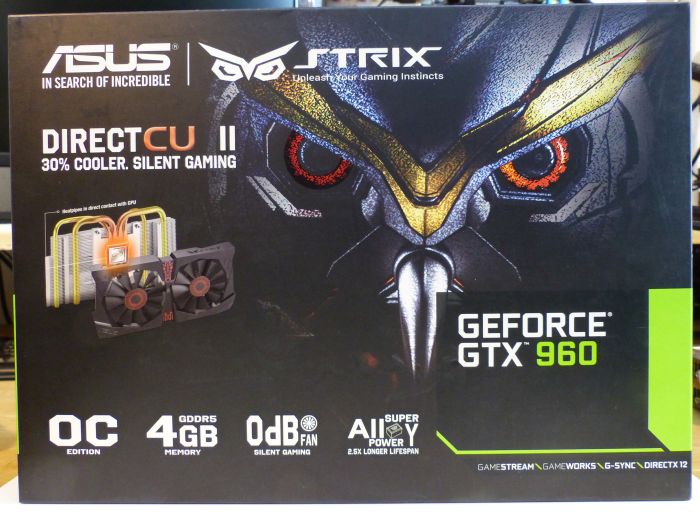 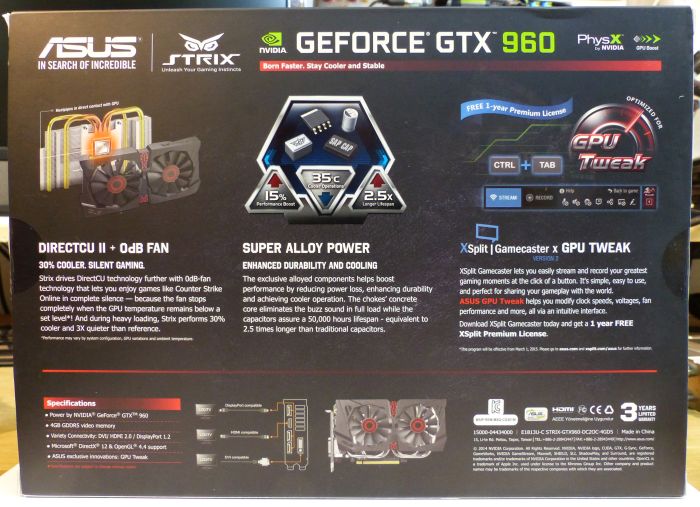 The bundle is simple as often these last times: the graphics card, a HDMI to DVI converter, a doc + CDROM (with GPU Tweak ans drivers) and… whaaooww, a sticker! 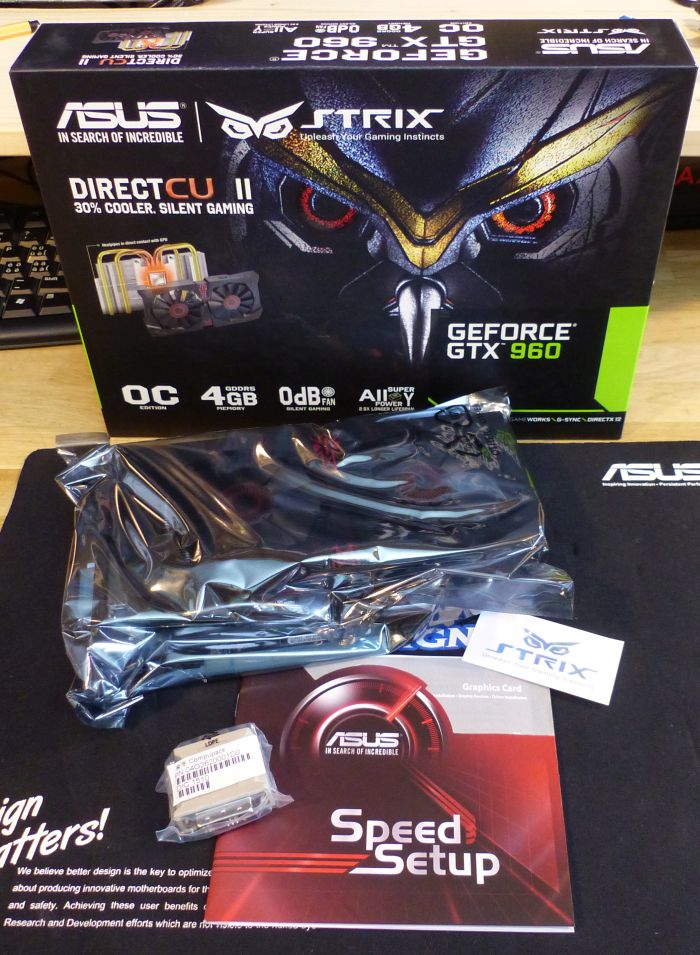 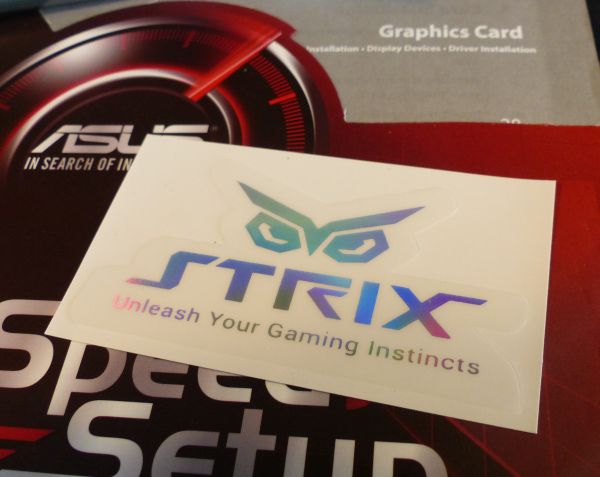 The Strix GTX 960 is equipped with a DirectCU 2 VGA cooler including a 0dB fan technology. What does it mean? Simply that when the GPU temperature is below a threshold (this is the case in idle mode on Windows), the fans do not work: the GTX 960 is totally quiet. Great! 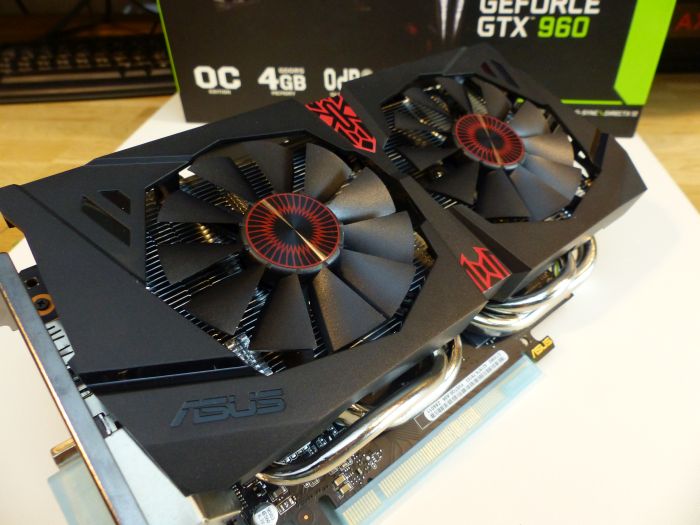 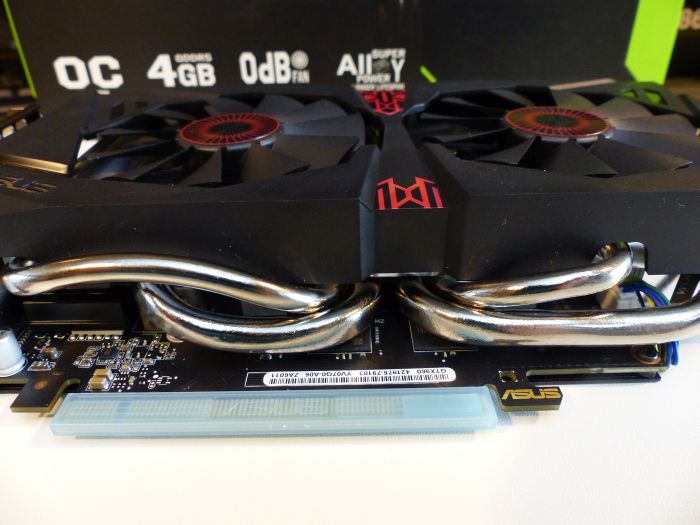 ASUS has equipped the Strix with a backplate for a better mechanical protection and for heat dissipation: 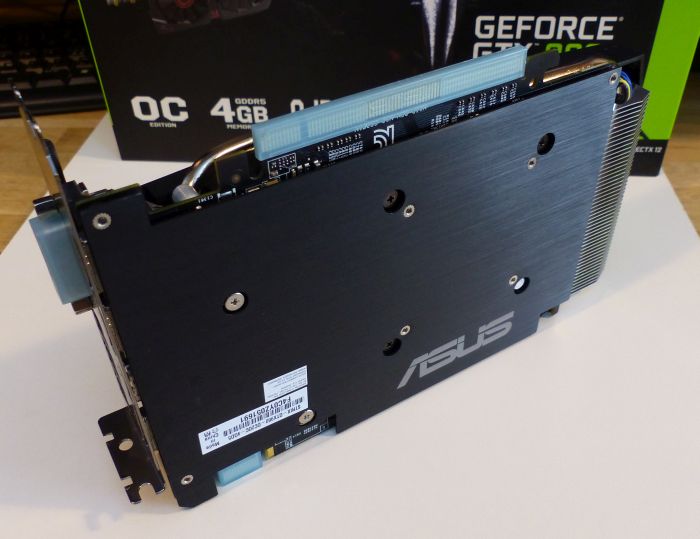 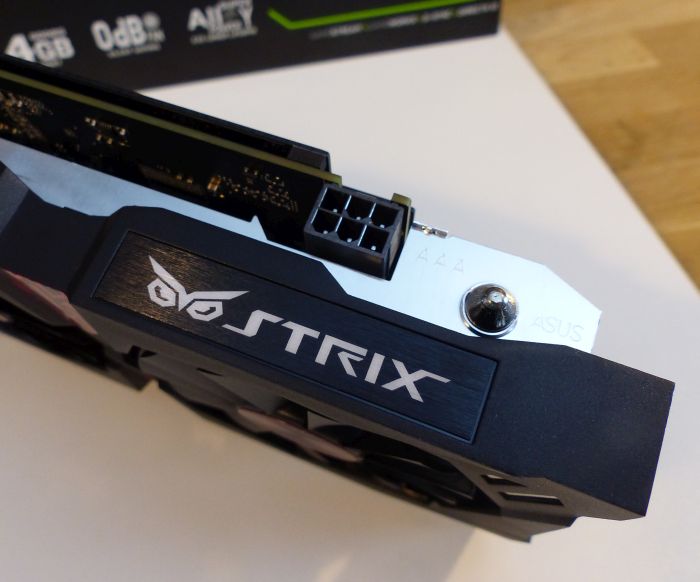 Two LEDs are available to indicate if the board is properly fed: 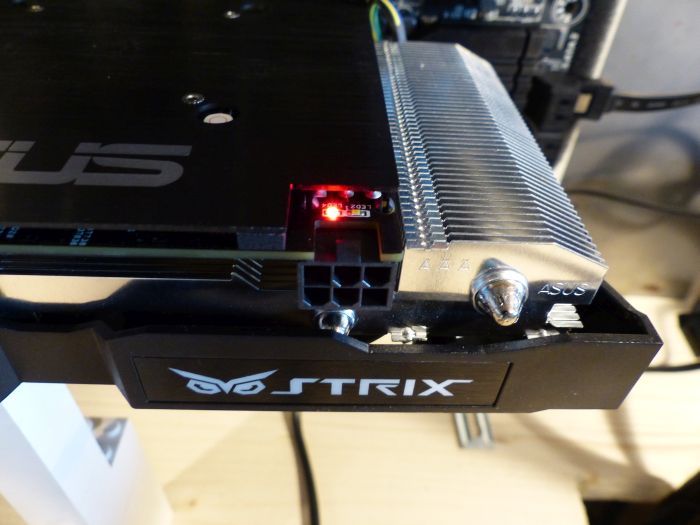 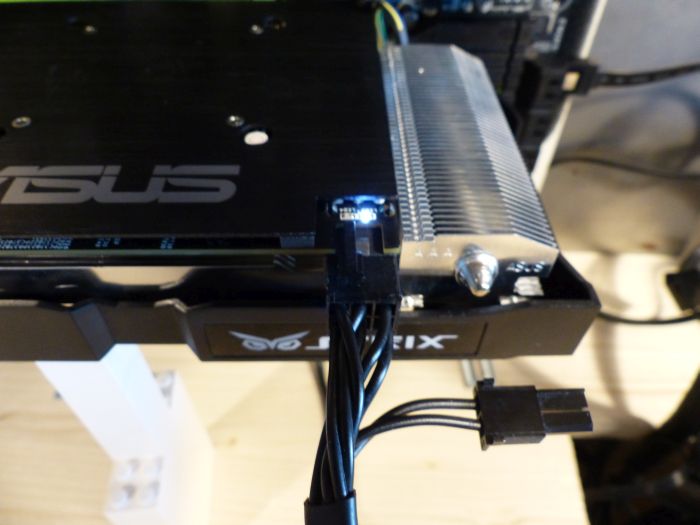 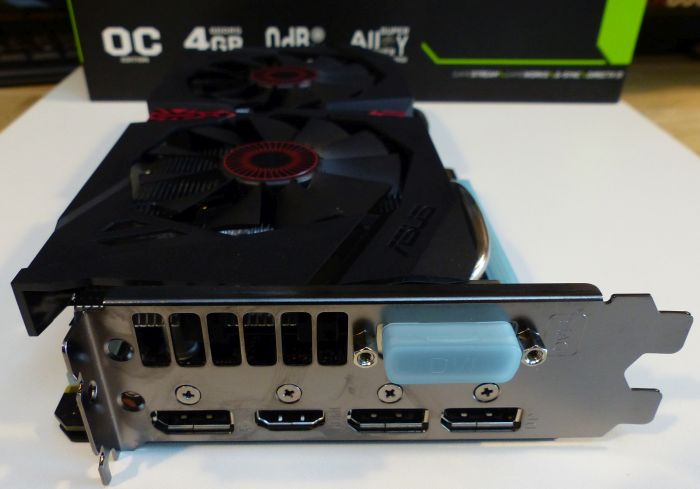 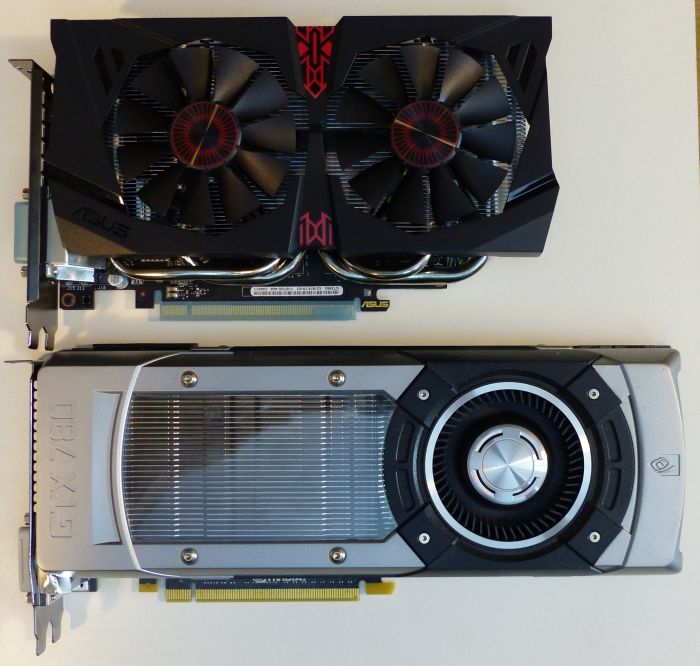 Here is a quick recap of the main values reported by GPU Shark, GPU Caps Viewer and GPU-Z: 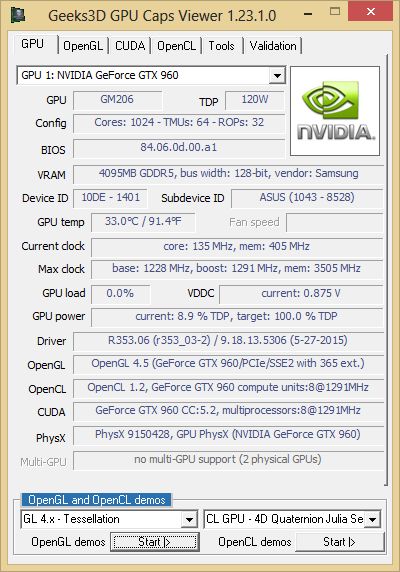 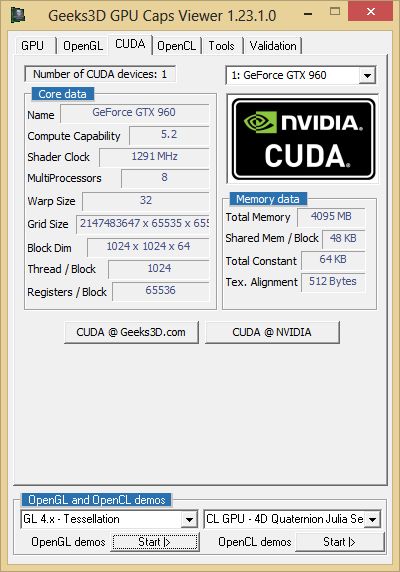 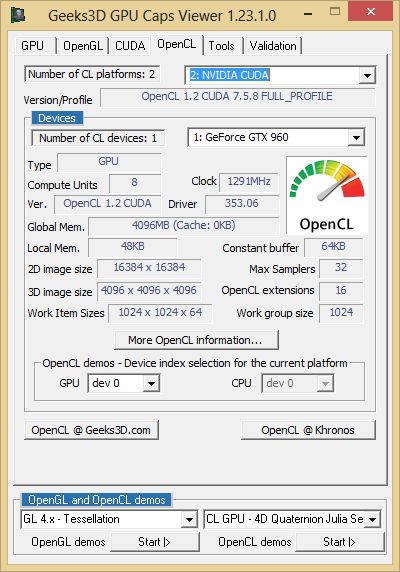 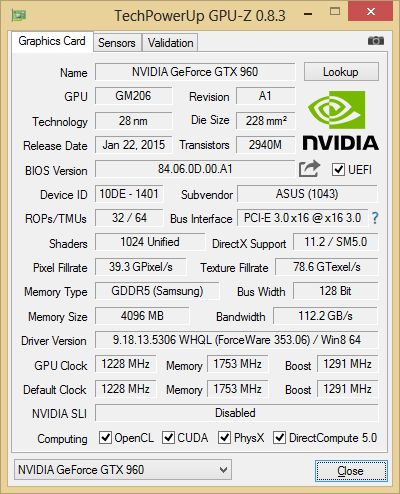 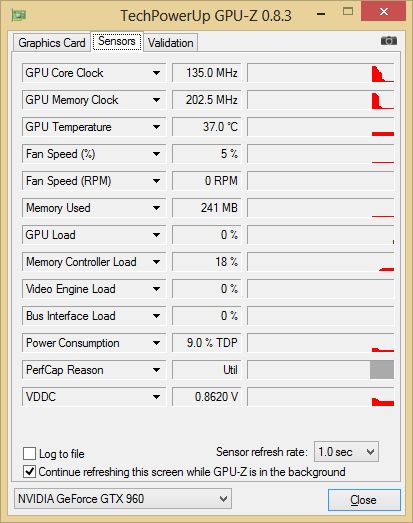 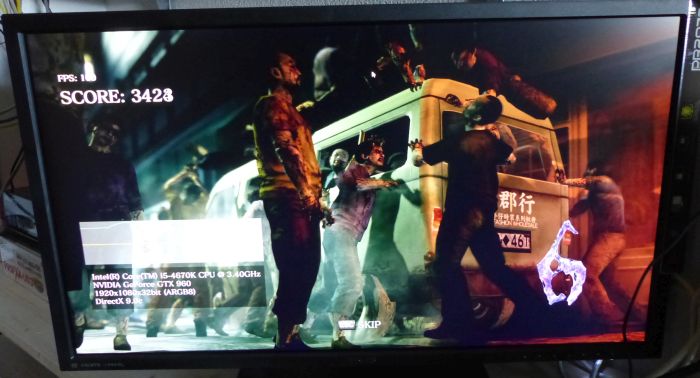 Depending on the graphics workload, I heard a small buzzing noise, probably the famous coil whine noise produced by the coils (or chokes) of the VRM. I heard the coil noise with 3DMark Ice Storm for example (the high framerate is likely the cause of this noise). But in most of the tests, the card was quiet. 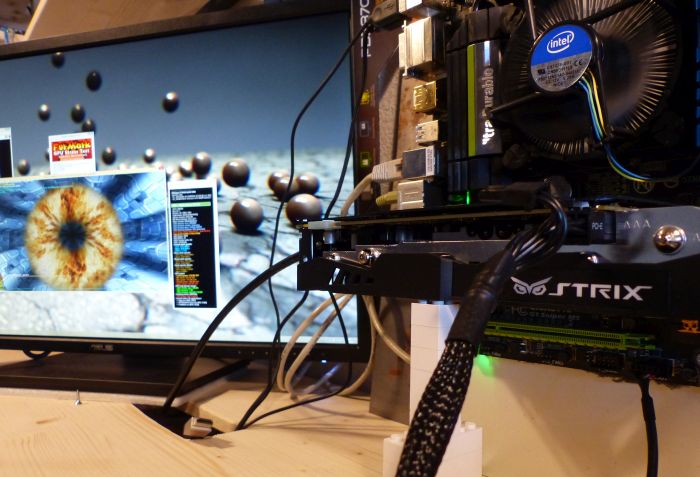 The Strix GTX 960, like the Strix GTX 980 is FurMark-proof: no throttling, correct GPU temperature and everything is done quietly! What else?

On idle, the total power consumption of the tested is 44W. The GPU temperature is 46°C. That seems a bit high, but remember that the Strix GTX 960 has the 0dB fan tech. So 46°C is the temperature in silent or passive mode!

When FurMark is running, the CPU pulls around 25W and the total power consumption was 220W (the GPU temperature reached 70°C after few minutes with fans running this time). The efficiency factor of the Corsair AX 860i is 0.92. An estimation of the power consumption of the Strix GTX 960 is:

Here are some infra-red thermal images of the Strix GTX 960 at idle and stressed by FurMark: 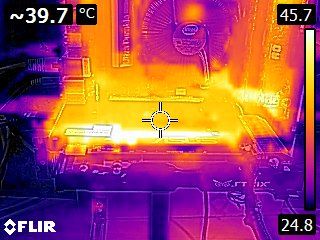 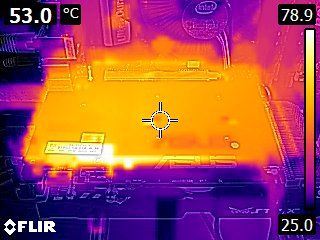 As you can see, the backplate acts like a dissipator and then improves heat evacuation.

During the FurMark stress test, I measured a noise of 39dB at around 30cm of the card. It’s really quiet.

I love this card. It has all necessary connectors (DisplayPort 1.2 and HDMI 2.0), the graphics performances are correct, all latest 3D APIs (OpenGL 4.5, DX12) are supported, the VGA cooler is quiet at idle and under load and does its job well, the GPU does not suffer from throttling under heavy load and it has a backplate. So I can confirm that the Strix GTX 960 is a better choice compared to the Turbo GTX 960. Ok the price is slightly higher than the Turbo GTX 960 2GB but this card comes with 4GB of VRAM! 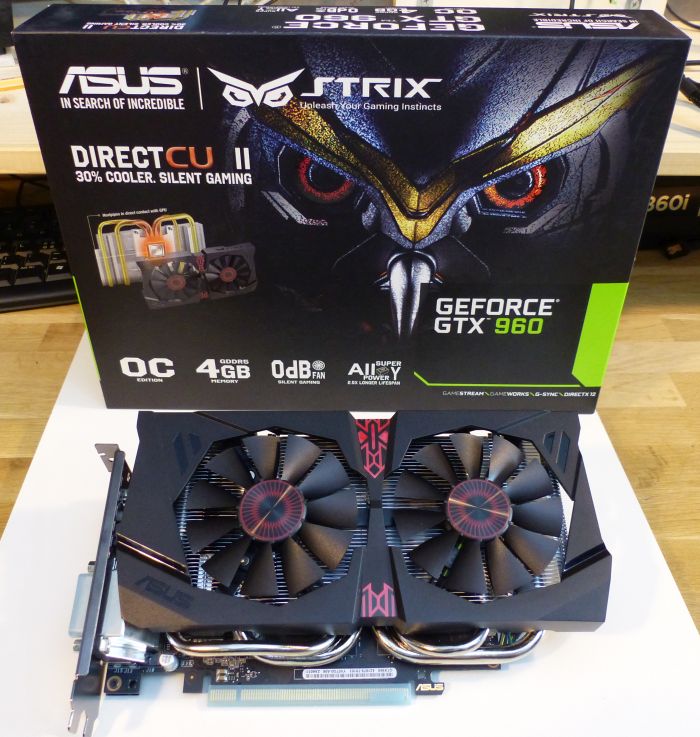