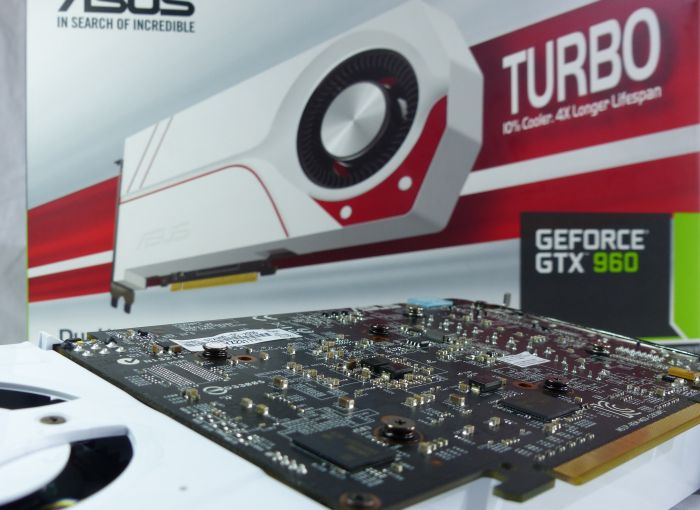 This GTX 960 follows NVIDIA reference values when it comes to the VRAM: 2GB of GDDR5 with a 128-bit memory interface. With 2GB, forget 4K gaming, the GTX 960 is a mid-level weapon.

The homepage of the Turbo GTX 960 OC 2GB can be found HERE. 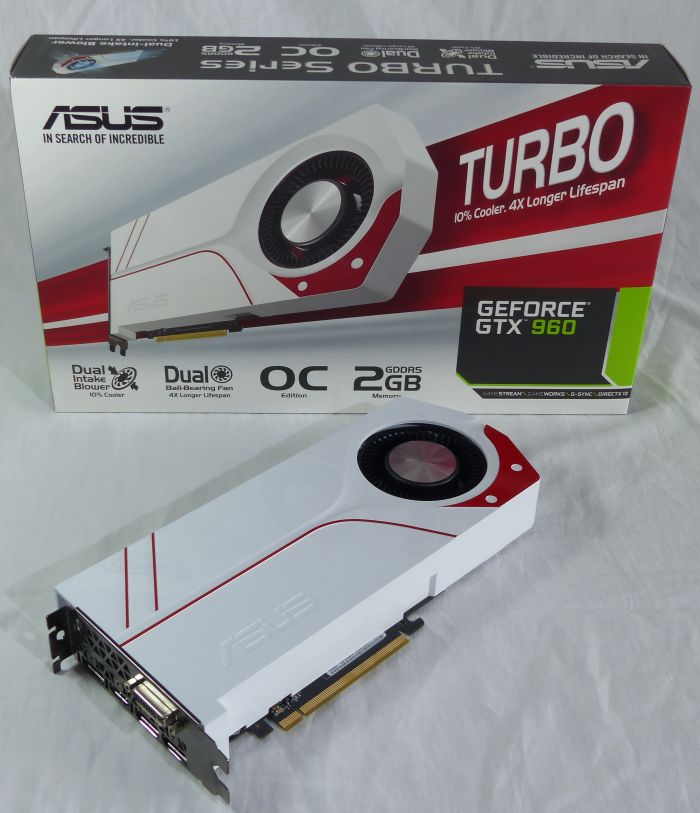 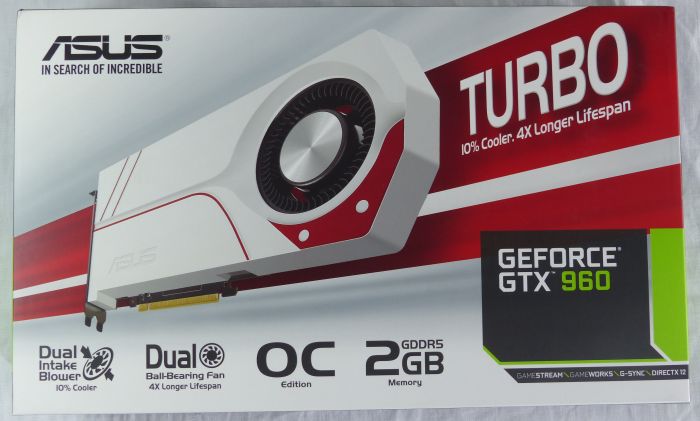 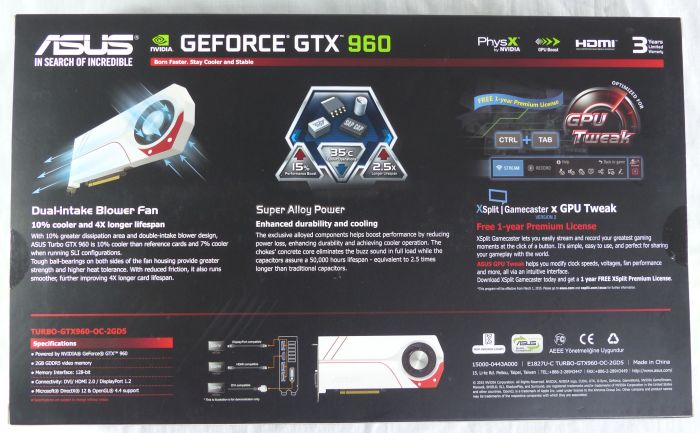 The white VGA cooler case is made up of a plastic material. I was a bit surprised because that gives to the card a cheap design. 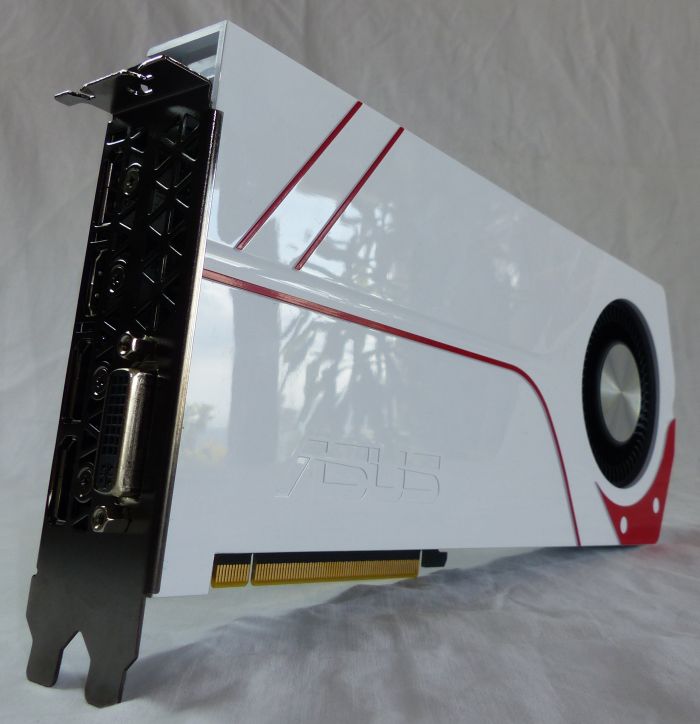 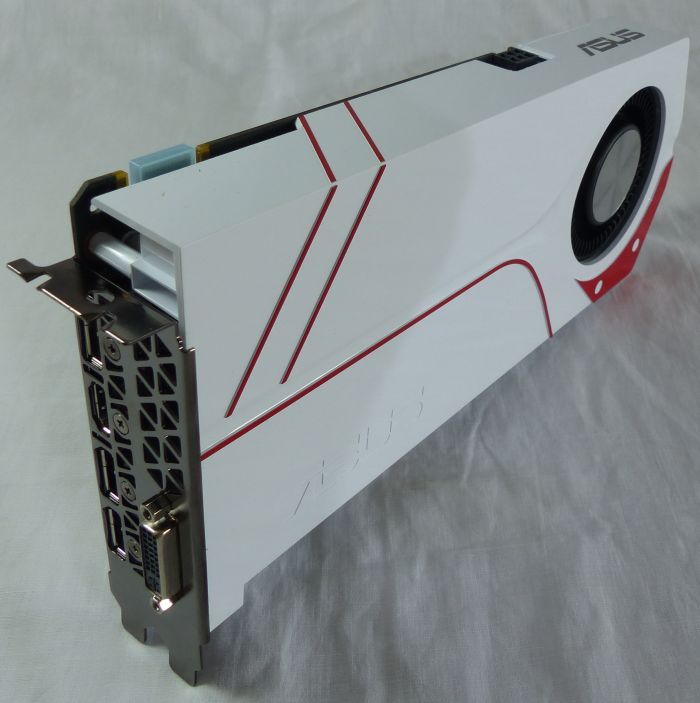 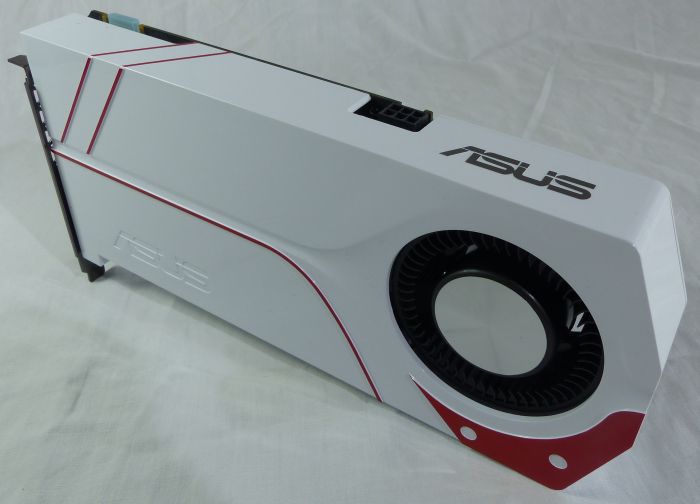 This VGA cooler takes air from both sides (double-intake blower design) and according to ASUS, that should bring a better cooling, especially with SLI setups. 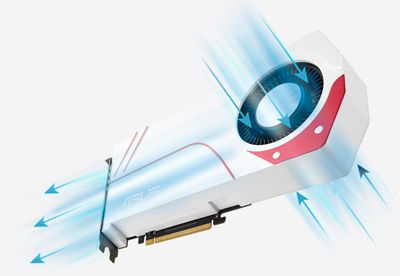 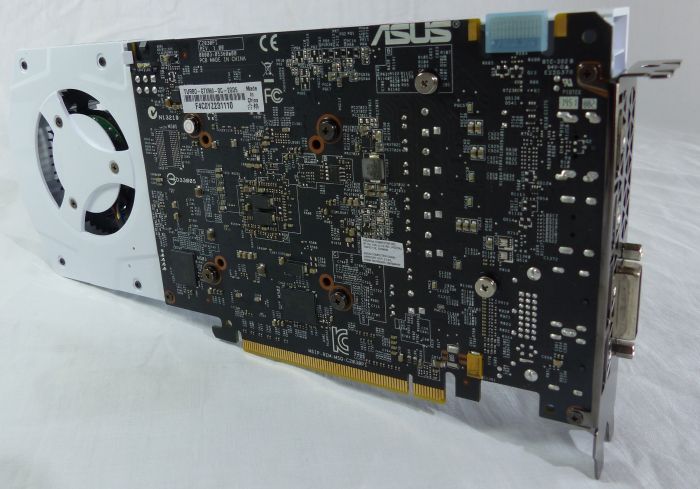 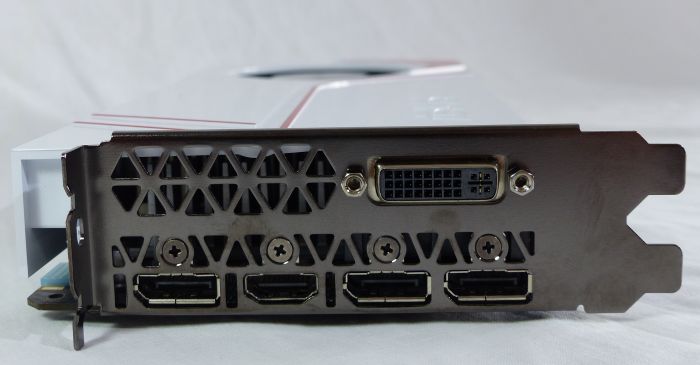 With a TDP (thermal design power) less than 150W, this GTX 960 requires only one 6-pin power connector: 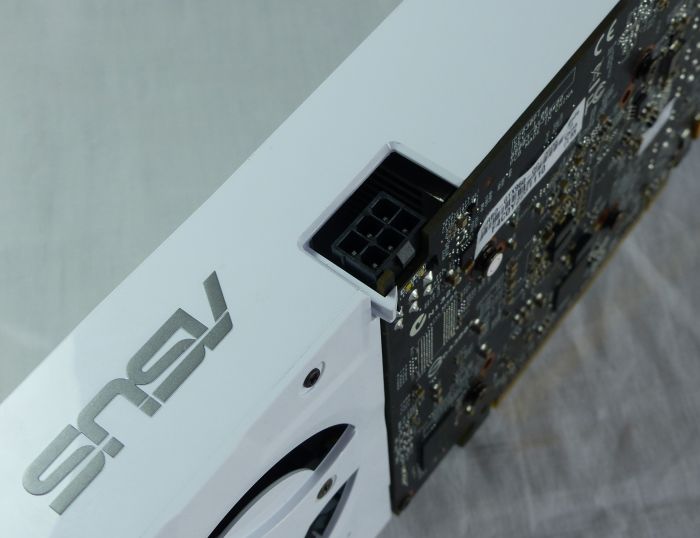 Two LEDs are available near the power connector to indicate if the card is properly fed: 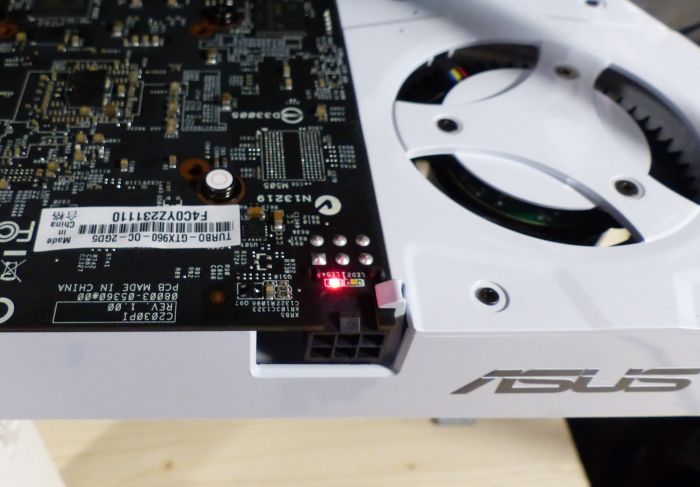 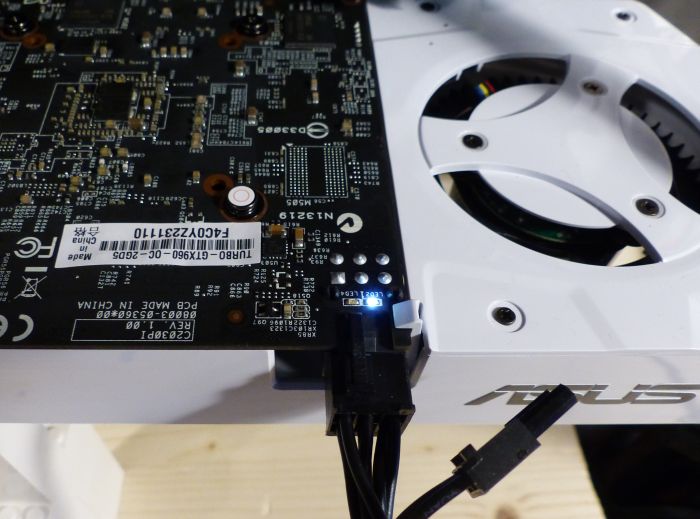 The board comes with one SLI connector that allows 2-way SLI: 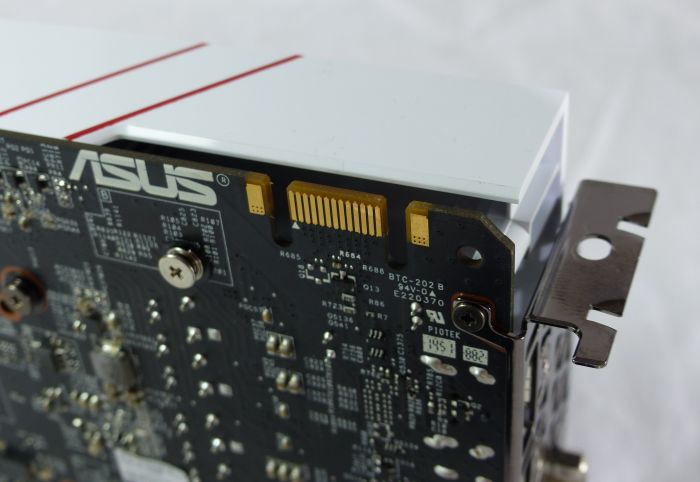 The plastic case can be easily removed and hides two heatsinks: one for the GPU (the big) and the second for the mofsets of the VRM: 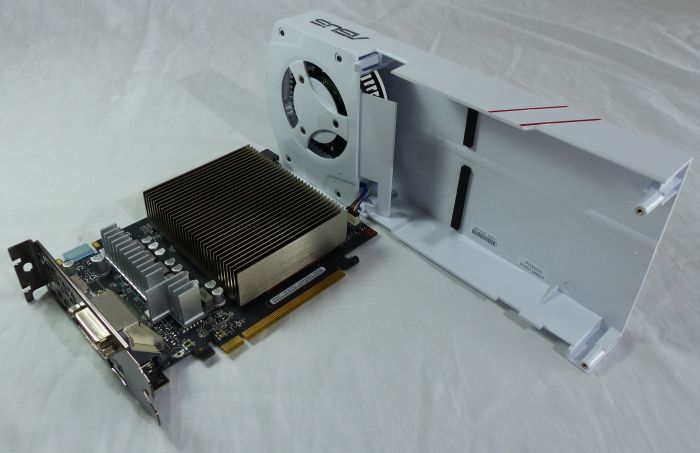 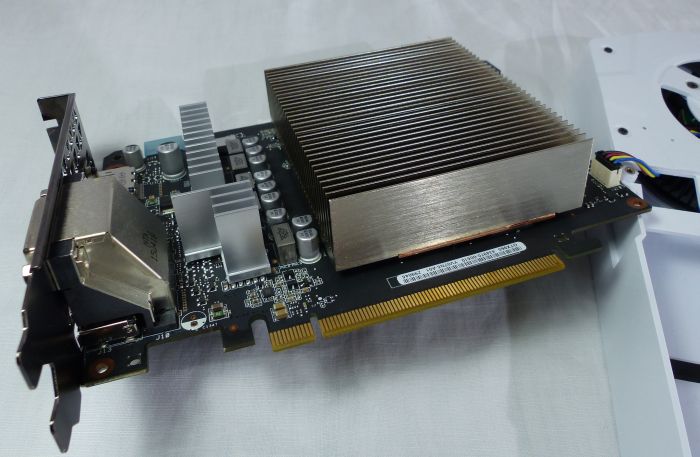 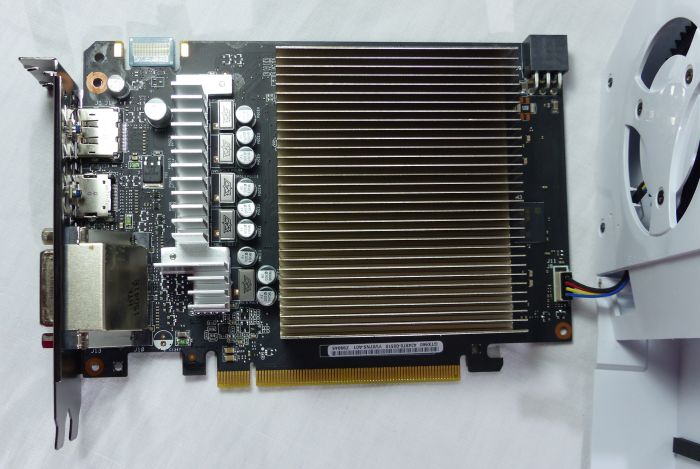 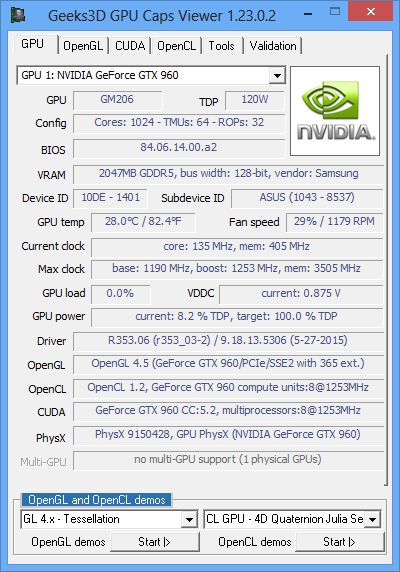 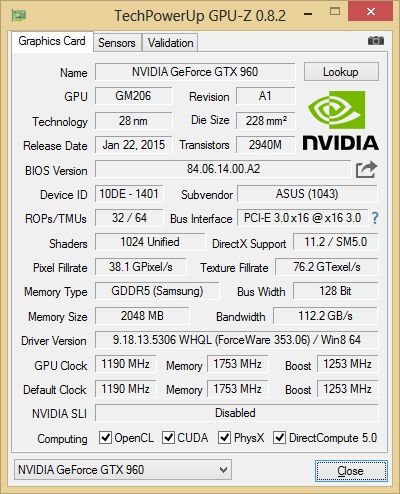 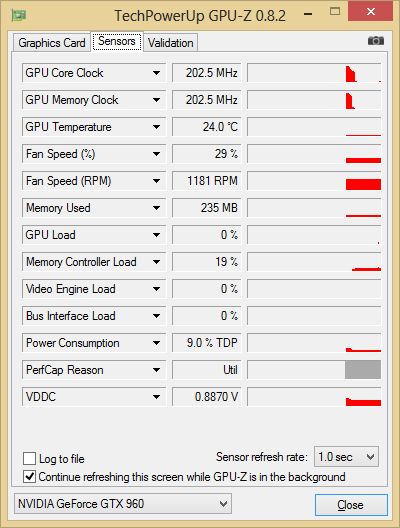 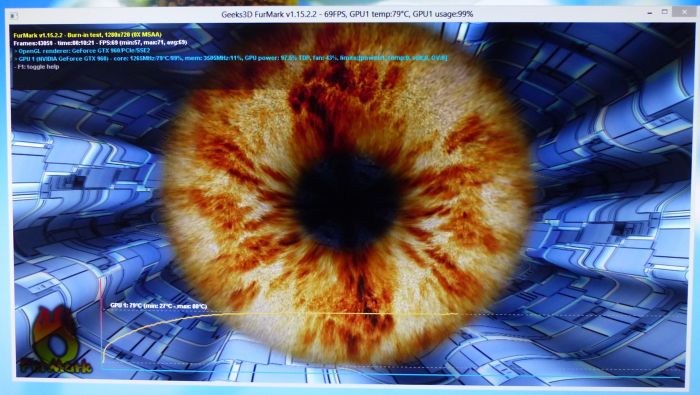 I did a quick burn-in test with the latest FurMark. The nice thing is that the GPU is not throttled down when FurMark is running and this is very good.

In idle, the total power consumption of the testbed was 43W and the GPU temperature was 26°C which is good.

Here is an infra-red thermal image of the Turbo GTX 960 under FurMark burn-in test. The zone right above the VRM reached 100°C! 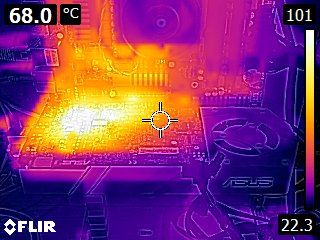 The negative point is the VGA cooler that was not quiet. It produced a small noise every time, at idle state or under heavy load. Maybe a defect VGA cooler? Or some vibrations transmitted by the plastic…

I would say that the white design of the VGA cooler is the only interesting thing here. Even if this GTX 960 is a bit overclocked, the high temperature under load, the weird VGA cooler noise or the plastic material of the case didn’t convince me. If you don’t care about the white color, I suggest you to have a look at the GTX 960 Strix (I only reviewed the GTX 980 Strix but the GTX 960 Strix is from the same family). 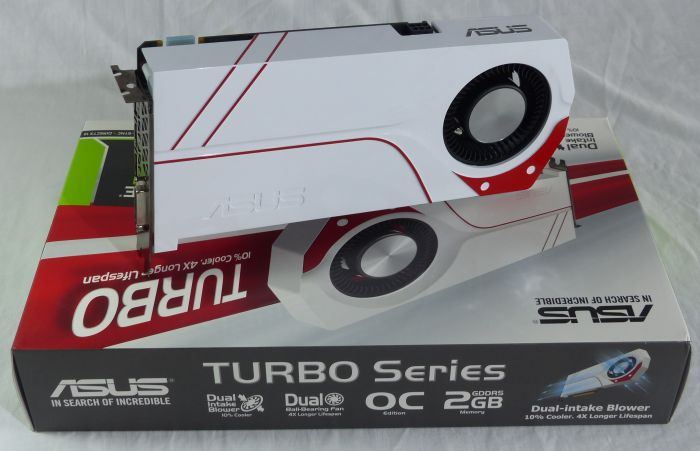 I’d like to thank the Internex‘s team for the Turbo GTX 960 sample.