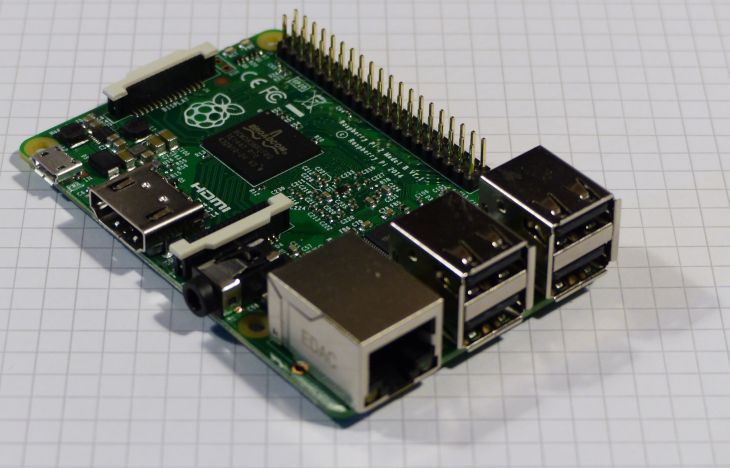 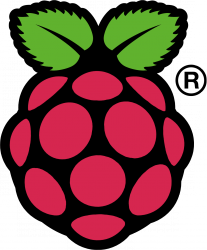 The gain in performance is essentially due to the quad-core CPU and the 1GB of system memory. For the sake of memory, the RPi 1 has a Broadcom BCM2835 processor (with a single-core ARM1176JZ-F CPU) and 512MB of RAM. The Raspberry Pi 2 comes with the Broadcom BCM2836 processor that includes a 900MHz quad-core ARM Cortex-A7 CPU. The transition from a single core to a quad-core CPU explains the huge difference in speed between the RPi 1 and RPi 2. I installed the latest Raspbian (Debian Wheezy) on RPi 1 and RPi 2 and it’s just impressive to see how things react quickly on the RPi 2 compared to the RPi 1.

The Raspberry Pi Foundation has done a great job that second iteration of the RPi board and for roughly USD $40, you have a nice tiny but powerful computer.

The new RPi 2 Model B has the same features than the RPi 1 Model B+ (the last iteration of the first RPi): 4 USB ports, a 40-pin GPIO (I will talk about the GPIO in a next article), and a micro-SD card slot.

The GPU, a VideoCore IV by Broadcom, is still the same than in RPi 1 models. The GPU supports OpenGL ES 2.0 and is based around multiple specialist floating-point shading processors called QPUs: Quad Processor Unit. The GPU performs tiled rendering and outputd pixel data to a shared Tile Buffer (TLB) of 64×64 pixels. But as OpenGL programmers, we are not directly concerned by tiled rendering. More information about the architecture of the VideoCore IV GPU can be found in this detailed documentation: VideoCore® IV 3D Architecture Reference Guide.

More information about the RPI 2 Model B can be found HERE. 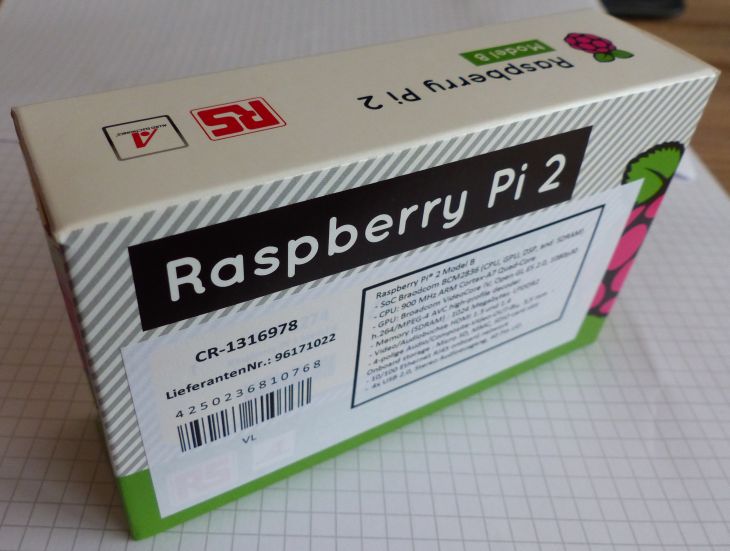 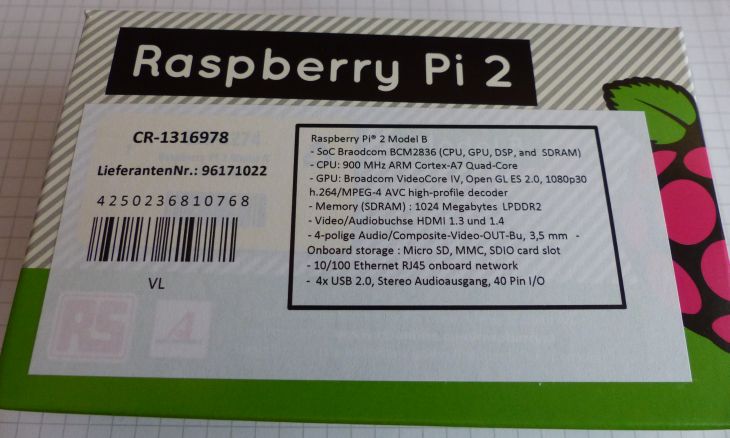 The Raspberry Pi 2 Model B board in detail: 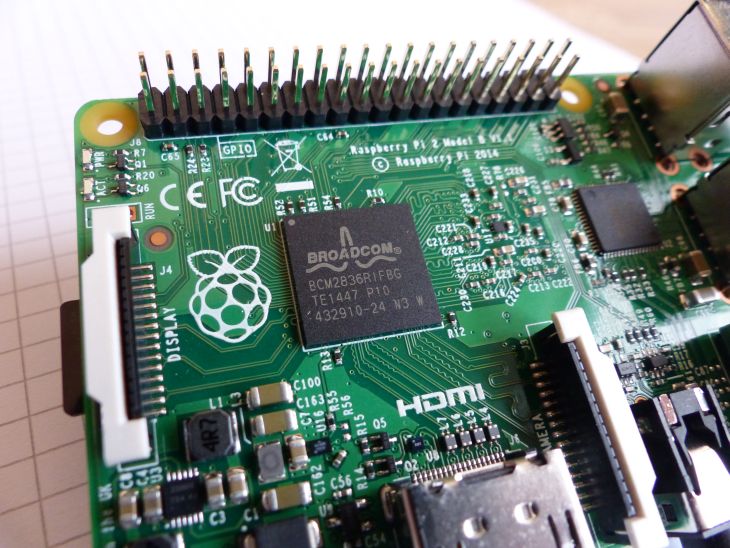 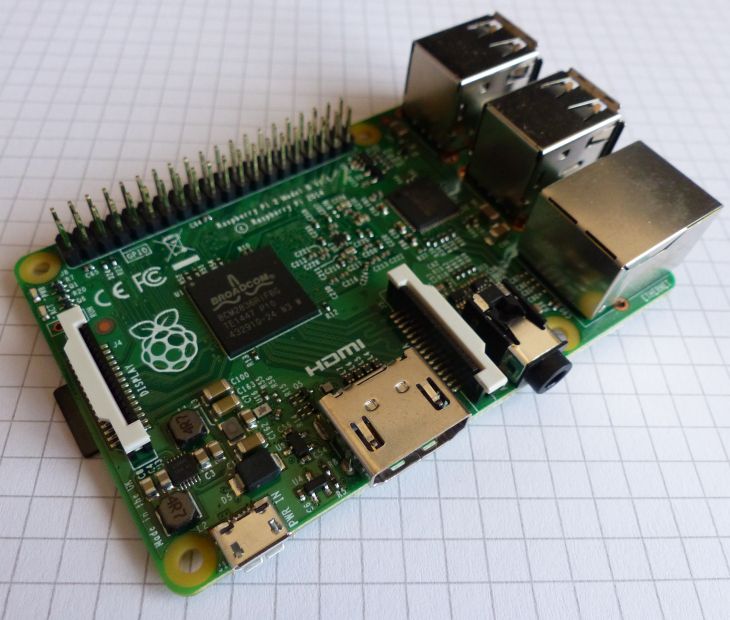 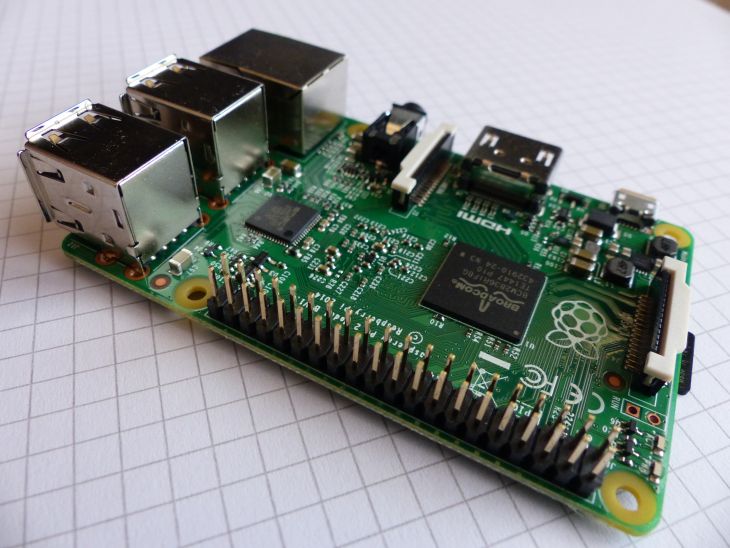 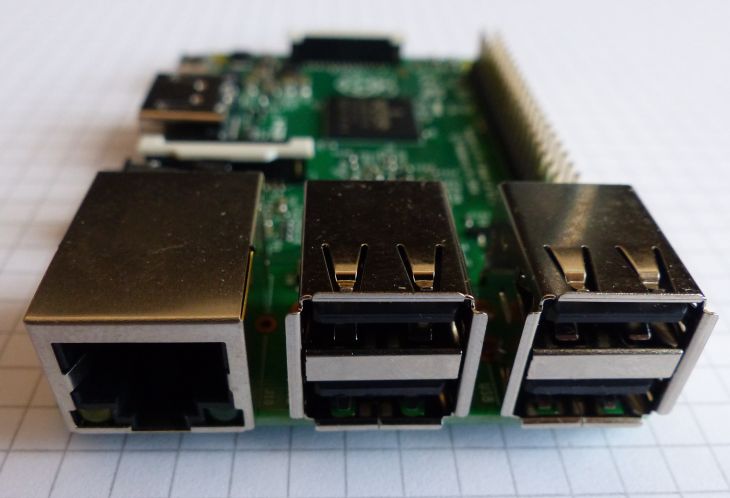 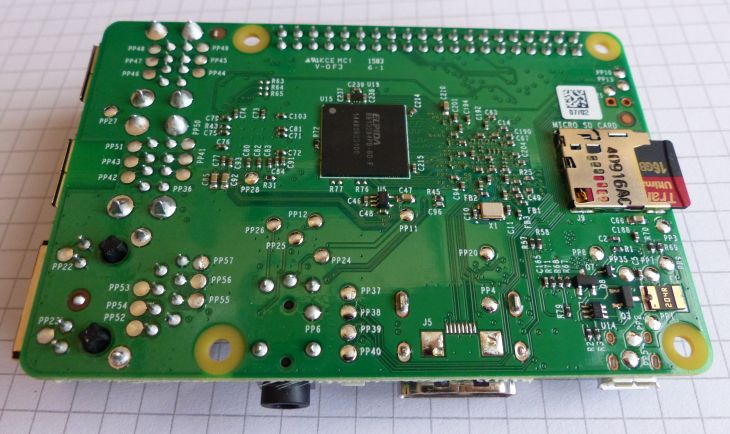 Here is a board-2-board comparison between the RPi 2 Model B and the RPi 1 Model B: 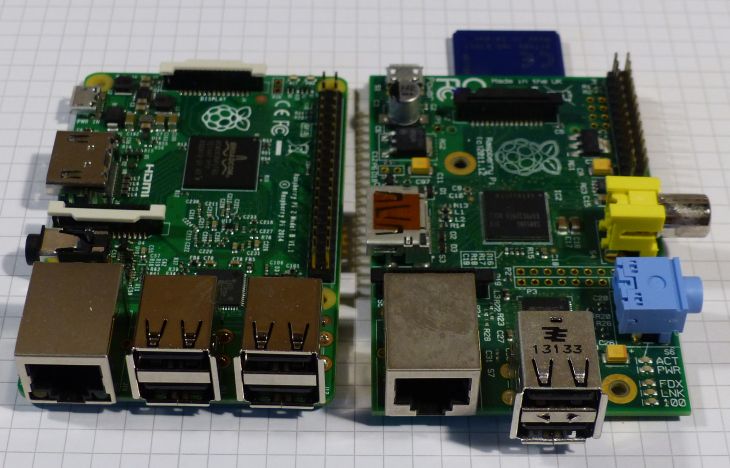 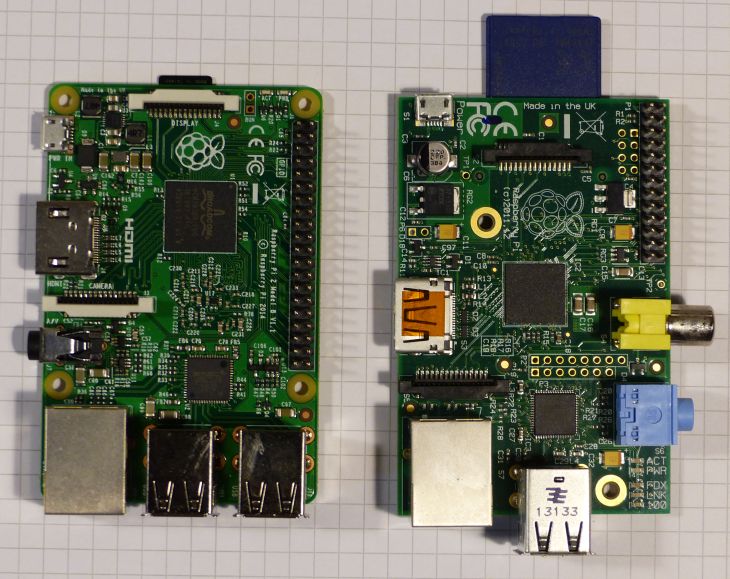 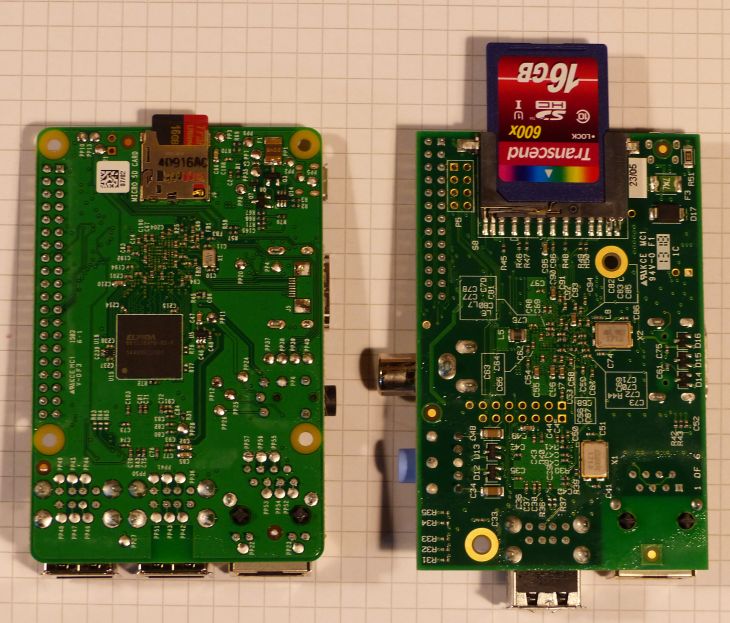 With a faster CPU as well as 4 USB ports, the maximum current the RPi 2 can draw is 2 amperes (2000mA) under 5 volts. It’s recommended to select a 10W power supply unit.

Here is the power supply I use with my RPi 2 board: 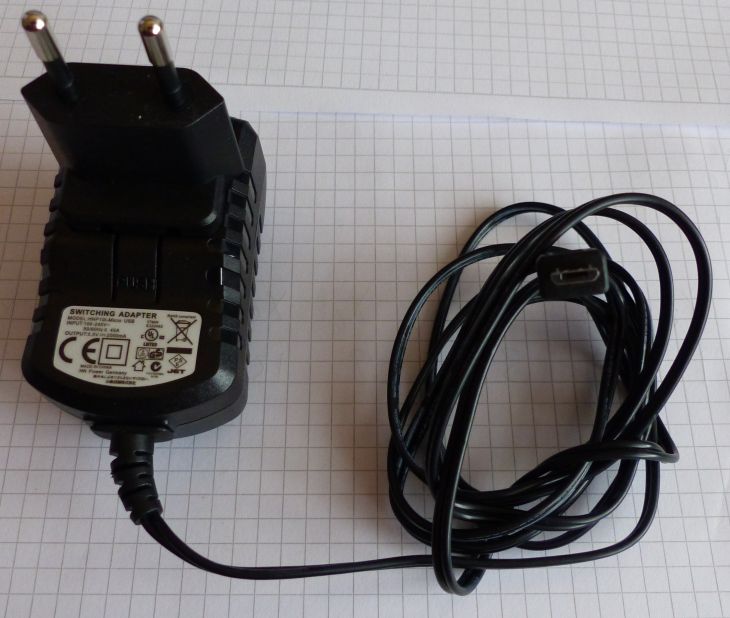 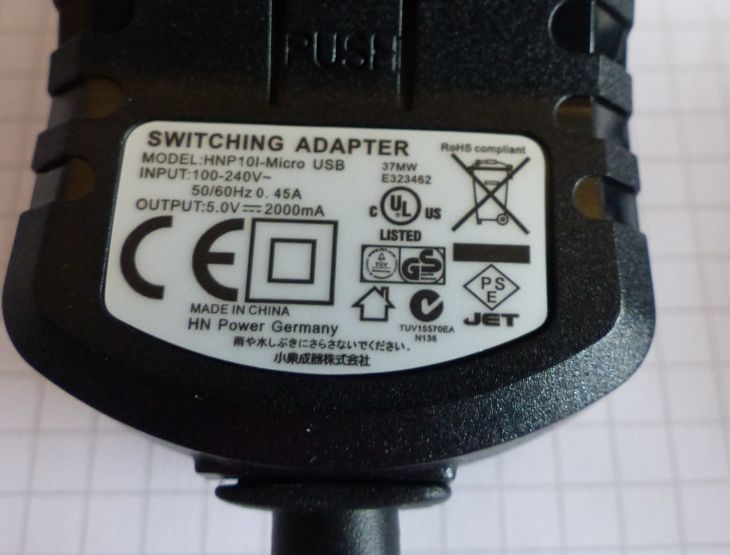 The Raspberry Pi works with Raspbian (Debian Wheezy), an optimized version for the RPi board of the Linux Debian distribution. Raspbian is a 32-bit operating system. But Raspbian is not the only OS supported by the RPi, just visit this page for all options.

The creation of a bootable micro-SD card is a simple operation:

If the mico-SD card has been correctly created, you should boot on the Raspbian and very quickly see the desktop. One of the nice things with the RPi 2 is the fast booting time: 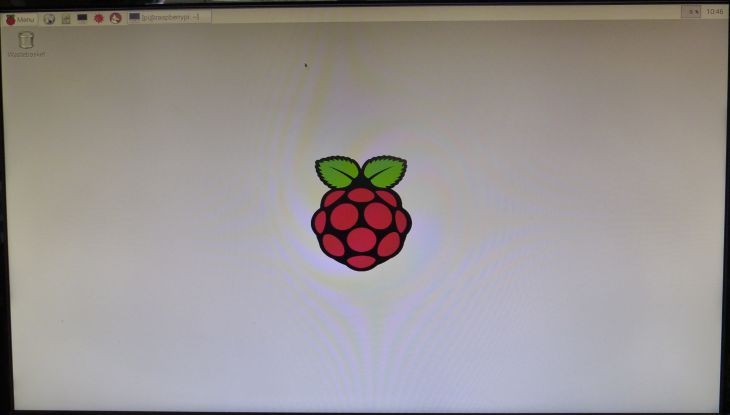 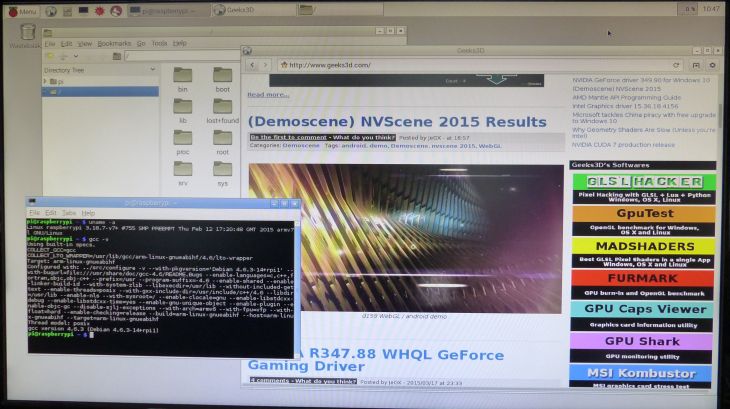 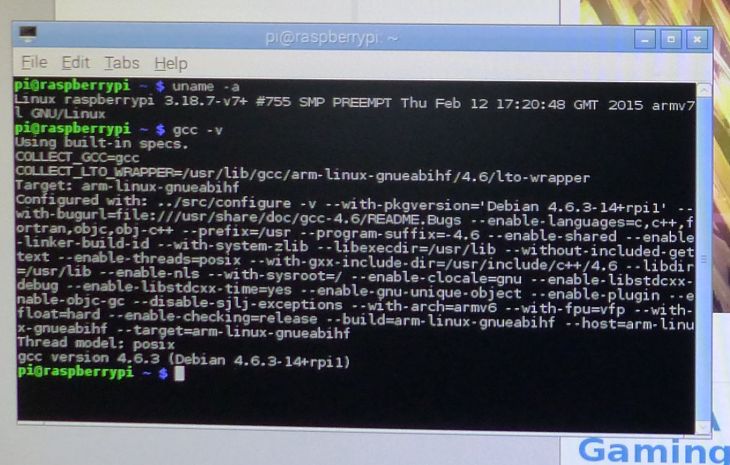 I attached my RPi 2 board on the rear side of a LED monitor with a piece of velcro: 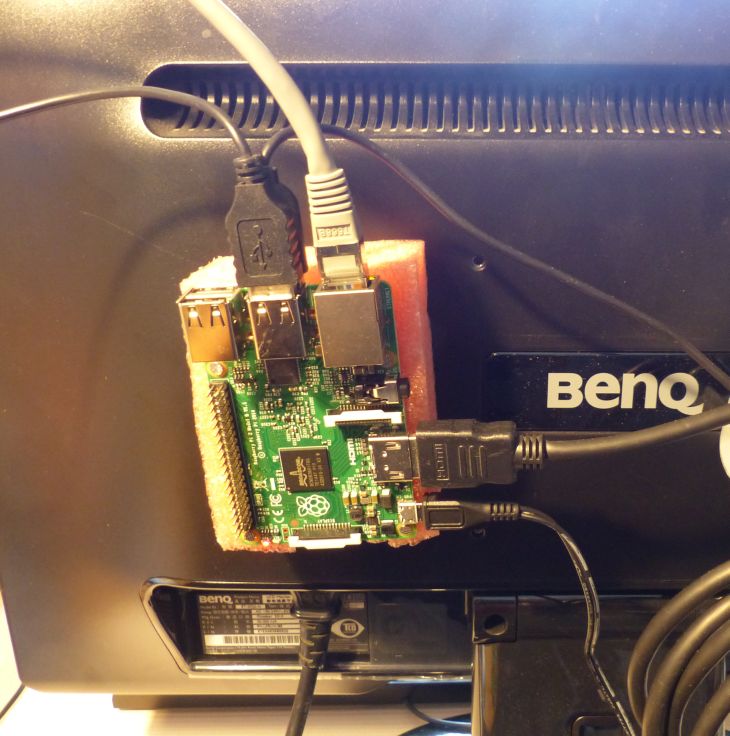