The Lorenz attractor is based on a set of three equations (called the Lorenz equations) that describes the pseudo chaotic trajectory of a point in the 3D space. These equations have been found by Edward Norton Lorenz when he worked on complex weather simulations at the MIT.

The three equations are the following:

where S, R and B are the system parameters (constants). These equations allow to compute the variation of the position for a small variation of time. 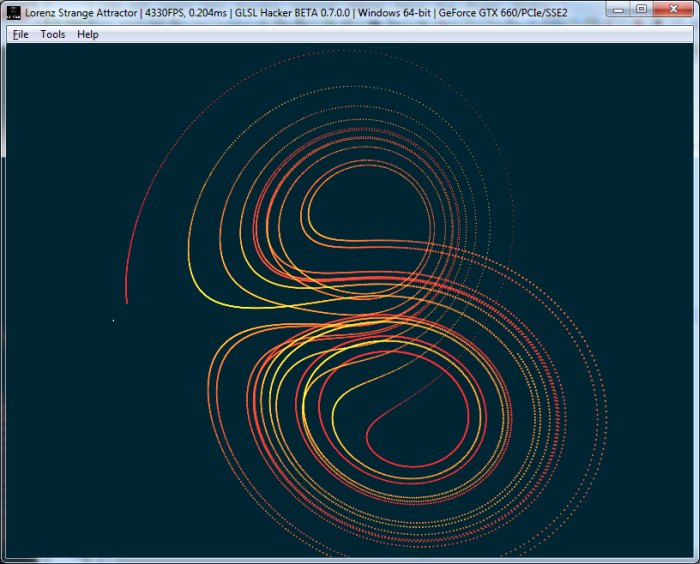 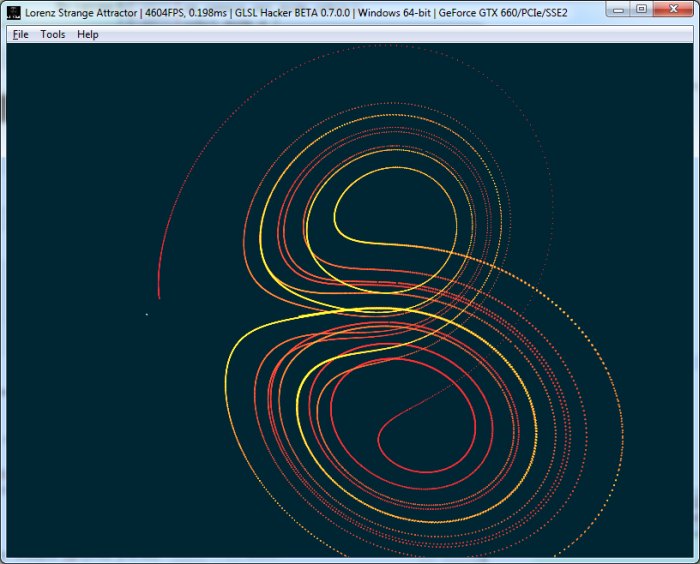 The name butterfly effect comes from the shape of the trajectory that looks like the wings of a butterfly. Here is an explanation of the bufferfly effect from wikipedia:

In chaos theory, the butterfly effect is the sensitive dependency on initial conditions in which a small change at one place in a deterministic nonlinear system can result in large differences in a later state. The name of the effect, coined by Edward Lorenz, is derived from the theoretical example of the details of a hurricane (exact time of formation, exact path taken) being influenced by minor perturbations equating to the flapping of the wings of a distant butterfly several weeks earlier. Lorenz discovered the effect when he observed that runs of his weather model with initial condition data that was rounded in a seemingly inconsequential manner would fail to reproduce the results of runs with the unrounded initial condition data. A very small change in initial conditions had created a significantly different outcome. 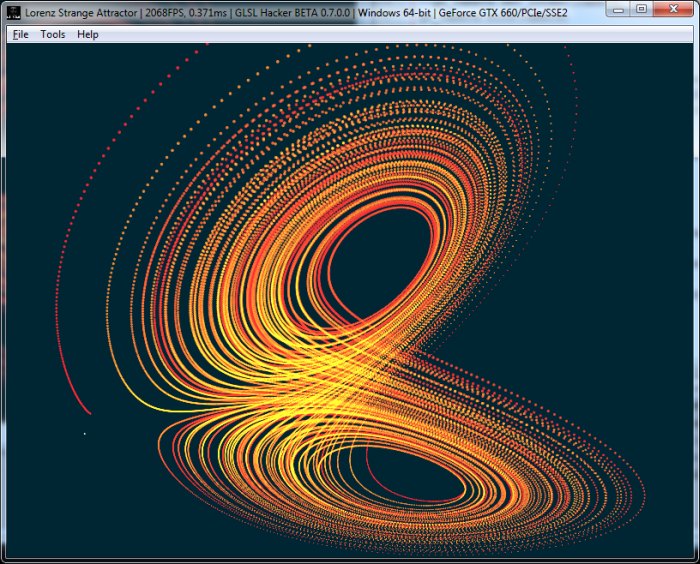 The wings of a butterfly

Here is a code snippet that shows how to plot a point P:

I coded a small demo with GLSL Hacker that visualizes the path of a point following Lorenz equations. And to make the demo more compelling, each and every position is displayed, showing the full trajectory instead of a single point that moves from one position to the other one.

The demo (in Lua + GLSL) is available in the host_api/Particle_Lorenz_Attractor/ folder of GLSL Hacker demopack. The demo uses a vertex pool (an big array of vertices) to render the Lorenz attractor. To set the initial position, look at around line 81. To change the Lorenz equations parameters (S, R and B), jump to line 180.

Here are some shapes of the Lorenz attractor for various values of S, R and B: 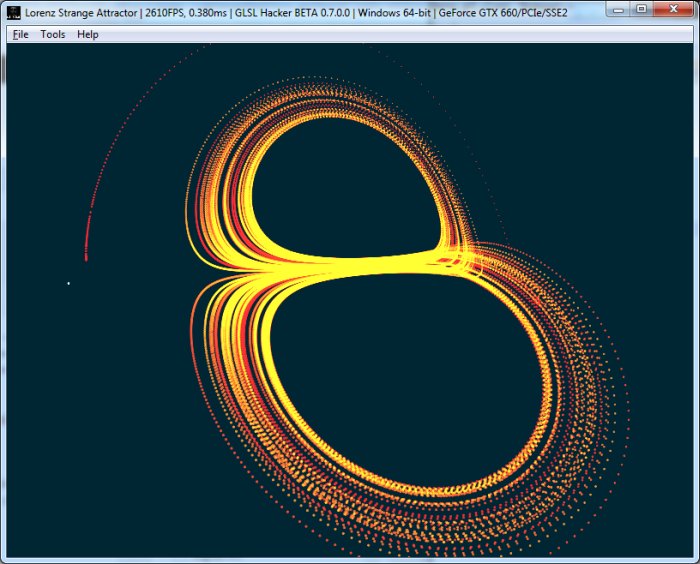 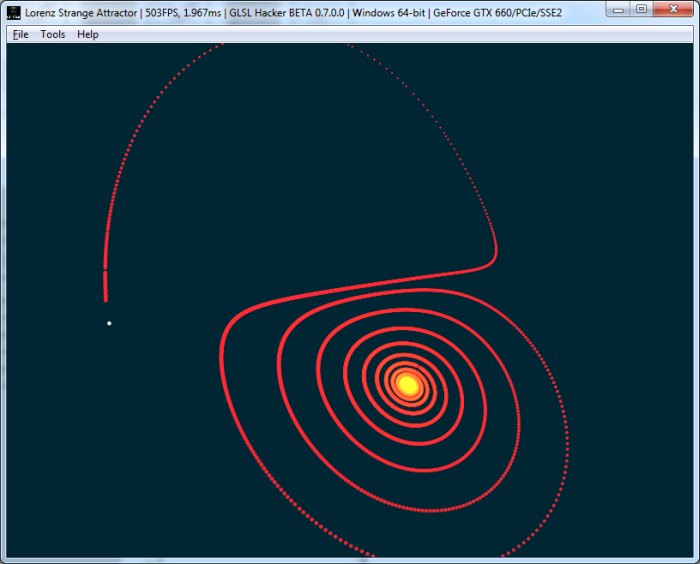 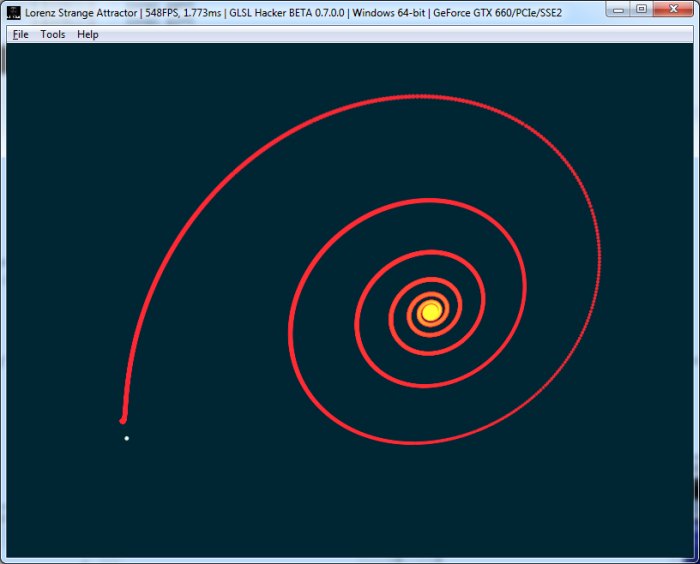 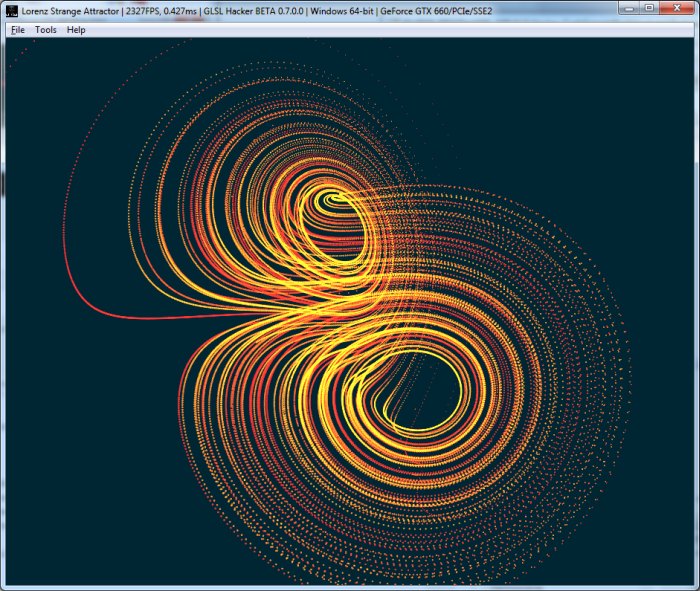 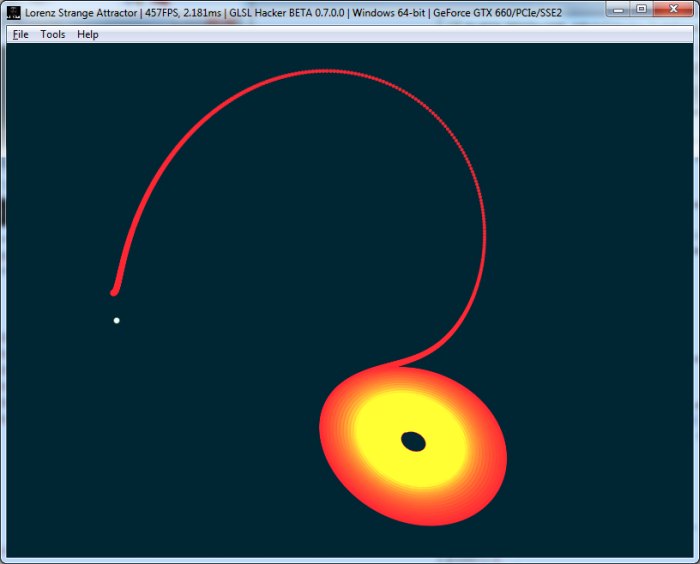 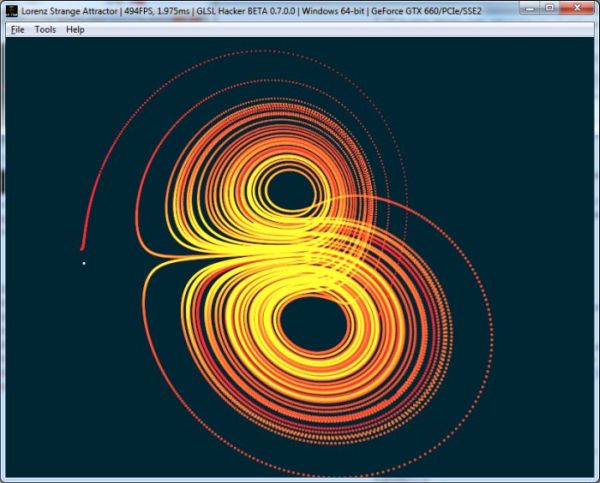 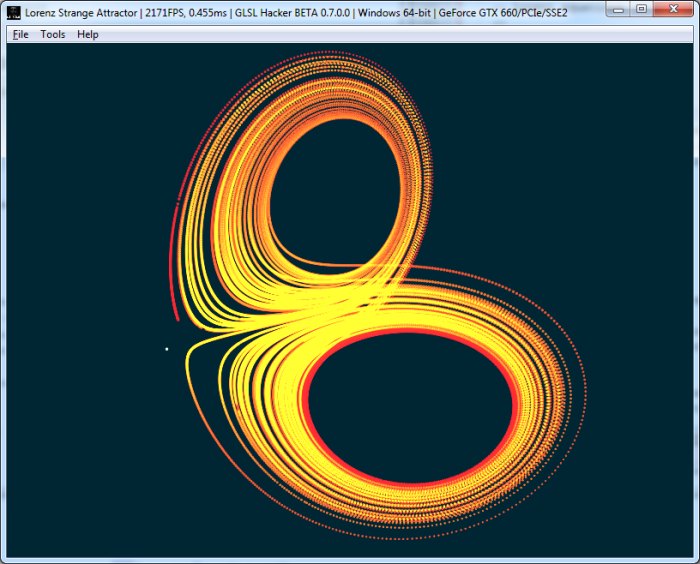