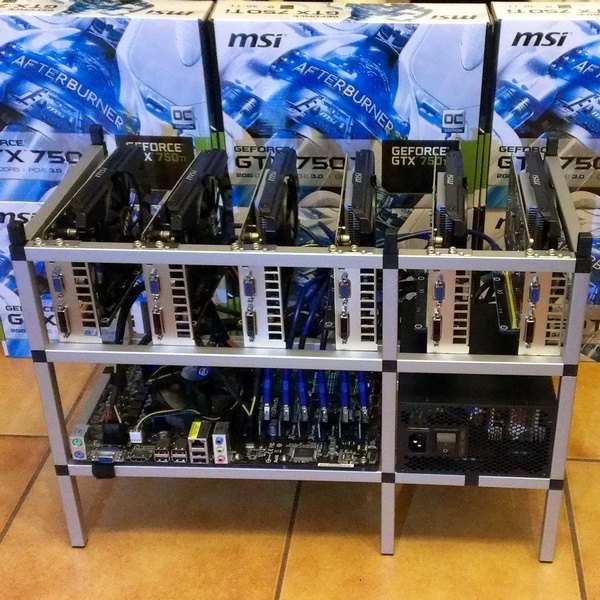 One member of the french forum blenderclan.tuxfamily.org has built a setup with two goals: performance and price.

As you can see, the GTX 750 render farm is faster and cheaper than a single GTX Titan.

Hereunder, the comparison between a PC tower and the render farm: