The GTX Titan Z is a dual-GPU card that packs two full GK110 GPUs (Kepler GPU arch.) totalizing non less than 5760 CUDA cores (2880 cores per GPU). This monster card comes with a gigantic 12GB of video memory (6GB per GPU and ready for 5K as they said!). Of course such a behemoth has a price: $3000… 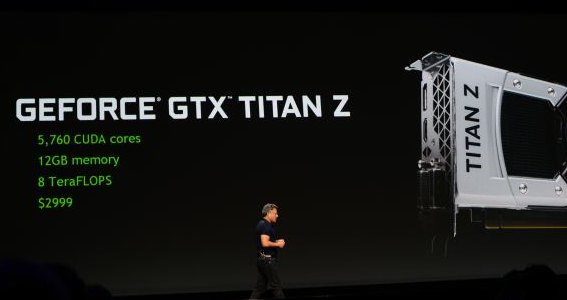 Pascal (from French mathematician Blaise Pascal) is Maxwell successor. In this news, we learnt that Volta was the post-Maxwell architecture, but it seems that Pascal is the new official name. One of the main feature of the Pascal architecture is the 3D memory or stacked DRAM that should provide terabyte bandwidth.

Turns out Volta remains on the roadmap, but it comes after Pascal and will evidently include more extensive changes to Nvidia’s core GPU architecture. 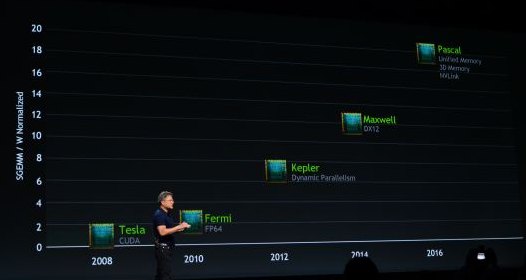