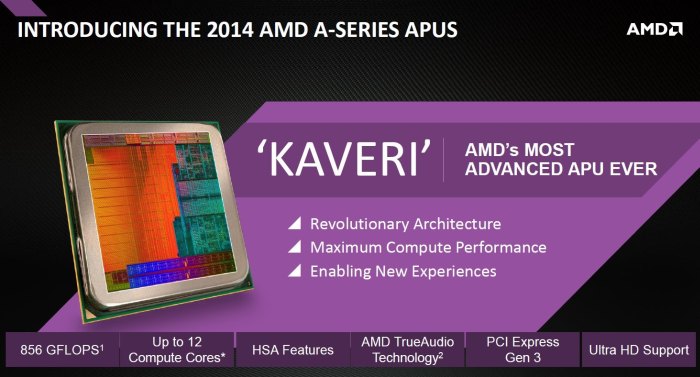 AMD has officially launched its new APU (Accelerated Processing Unit) codenamed Kaveri. The first and most powerful member is the A10-7850K that packs 12 compute cores. The A10-7850K includes a 4-core CPU (two dual-core Streamroller modules) and a Radeon R7 GPU with 8 GCN 1.1 compute units (or 512 stream processors, each compute unit having 64 stream processors). The A10-78050K Radeon R7 is equivalent to Radeon HD 7750. 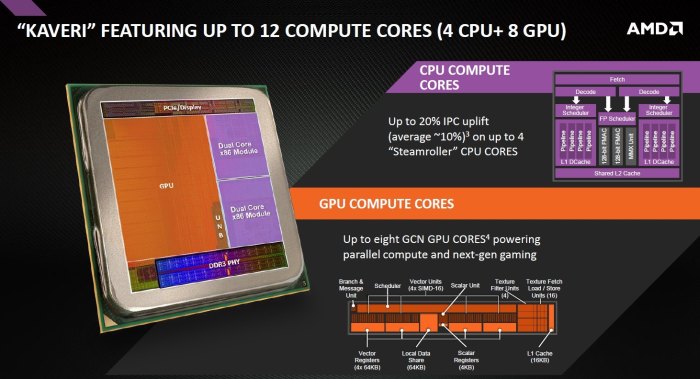 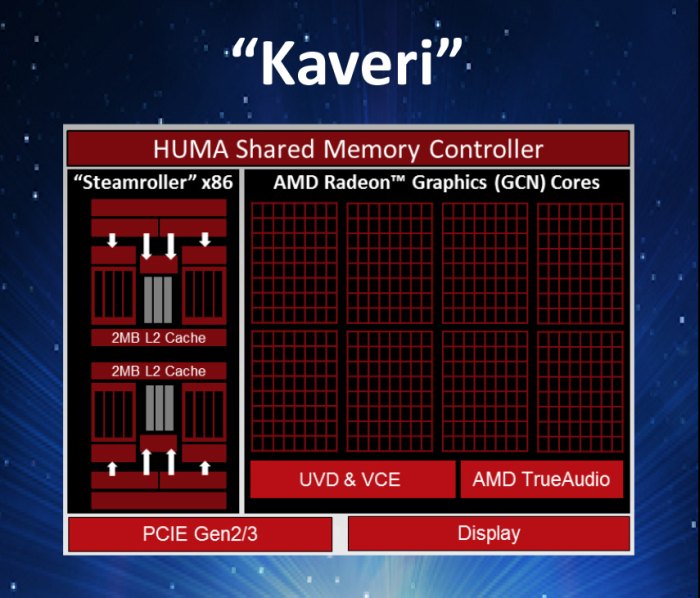 Here is AMD’s definition of a compute core:

A compute core is an HSA-enabled hardware block, that is programmable, capable of running at least one process in its own context and virtual memory space, independently from other cores 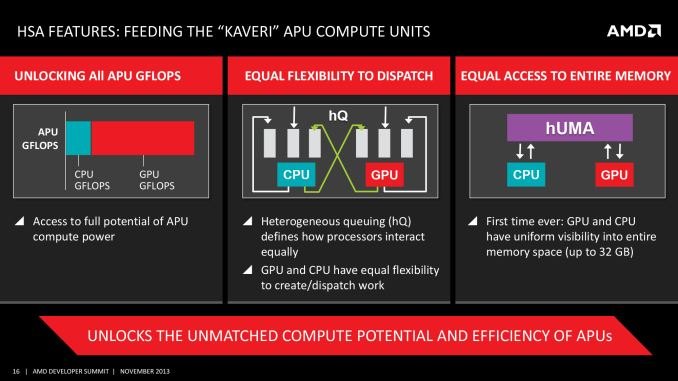 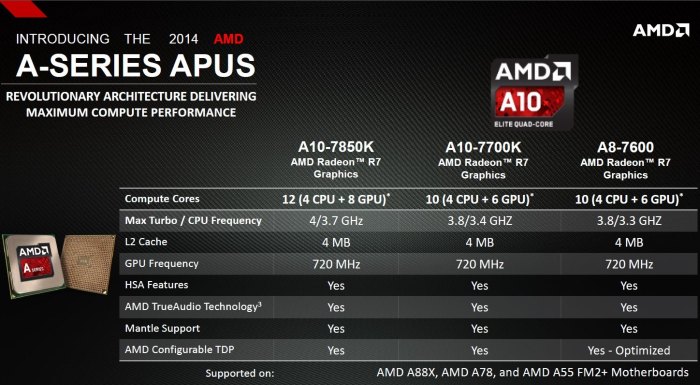