With OS X, you can have several different graphics cards, for example a Radeon HD 7970 and a GeForce GTX 580. If you connect a monitor to each card, you will have two virtual screens.

You have nothing to do to manage virtual screens. All the work (rendering context management) is done by Apple in its OpenGL framework. Depending on the position on the screen of the OpenGL application, OS X dynamically uses the right OpenGL driver plugin (NVIDIA, AMD, Intel or software renderer) and implicitly updates the rendering context.

There is also a function to explicitly update the virtual screen rendering context called GCLUpdateContext. Its prototype is:

This function is not documented, maybe because of the implicit rendering context management.

I updated the OS X version of GLSL Hacker with functions to deal with virtual screens. You can download the latest DEV version from this page. The version used for the article is GLSL Hacker 0.6.2.1. I did all my tests with OS X 10.9 Mavericks.

A new code sample is available in the Code Sample Pack in the moon3d/gl-210-virtual_screen_osx/ folder. This simple demo tracks the current virtual screen number and displays it. I tested the demo on my brand new hackintosh setup that has a Radeon HD 5770 + GeForce GTX 580. 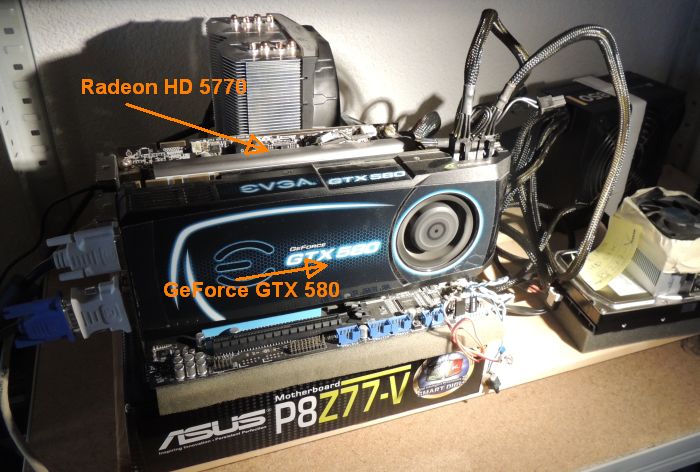 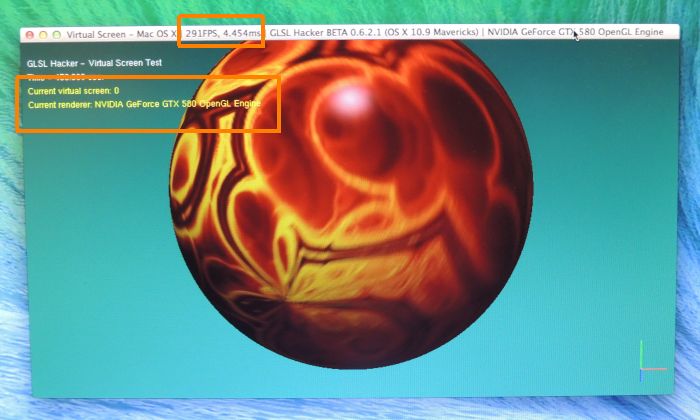 When two instances are launched on the GTX 580, the framerate is around 135 FPS: 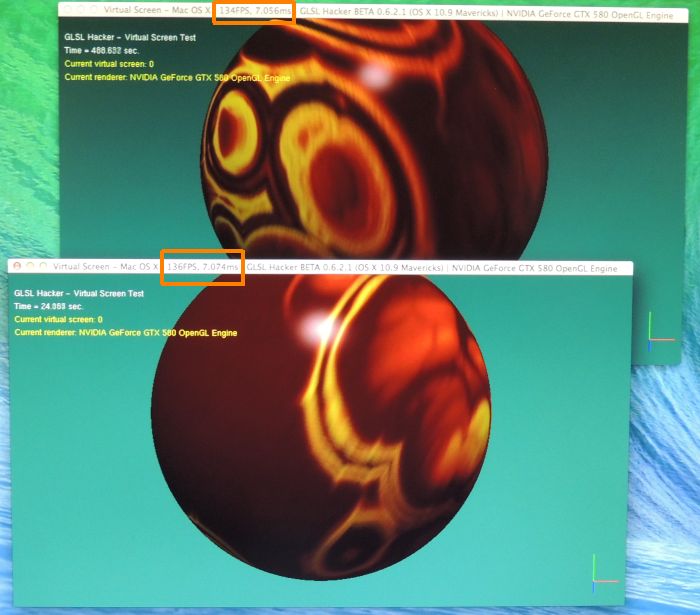 When each instance run in a virtual screen, the FPS goes up but it seems to be limited by the slowest graphics card:

To confirm what I just said, I replaced the GTX 580 by a second HD 5770 (yeah, the power of hackintosh, I love it!). When two instances of the GLSL Hacker demo run in the same virtual screen, the framerate is 98 FPS: 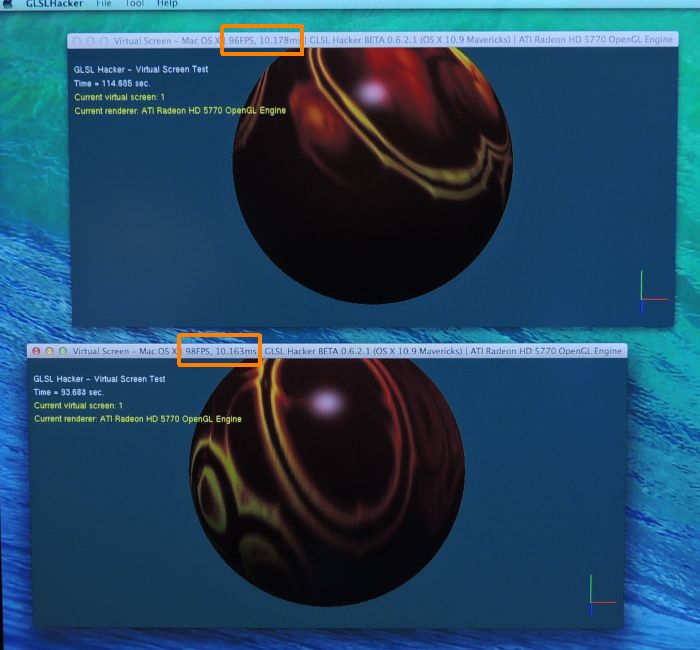 Now when each instance is running in a separate virtual screen, the framerate is close to the single instance one: 186 FPS.

When you drag an OpenGL app from a monitor to the other one, OS X updates the virtual screen as soon as a virtual screen contains the majority of the pixels. In the following screenshots, I moved the GLSL Hacker demo from virtual screen 1 (Radeon HD 5770) to virtual screen 0 (GeForce GTX 580): 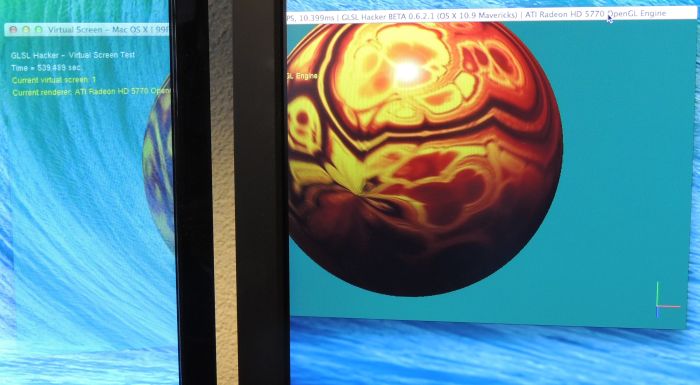 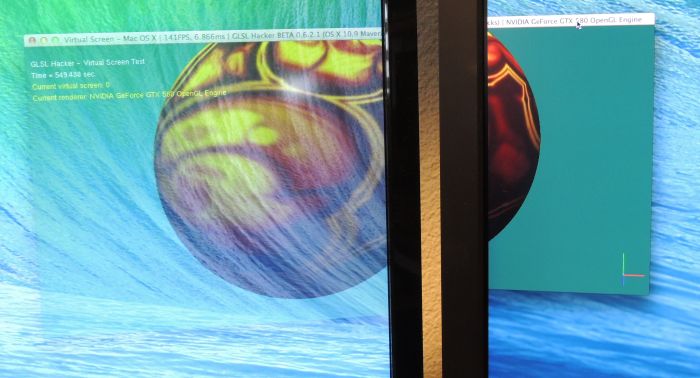