By default, both Firefox and Chrome use the ANGLE layer to render WebGL draw calls under Windows. ANGLE is an implementation of the OpenGL ES 2.0 specification that is hardware-accelerated via Direct3D 9.

If, for some reasons (for some Shadertoy demos for example), you want to use real OpenGL draw calls, you can enable native OpenGL in Firefox and Chrome.

In Firefox, just set the webgl.prefer-native-gl variable to true in the about:config page: 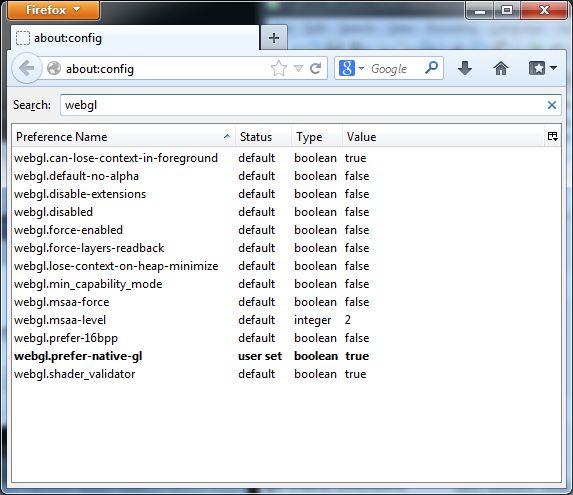 The nice thing with Firefox, is that the new setting is immediately operational. 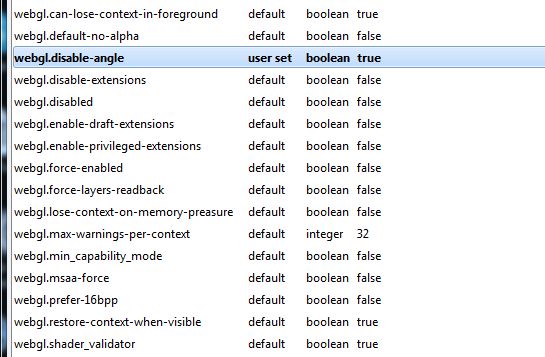 In Chrome, you have to add the following command line parameter: –use-gl=desktop. Just edit the Chrome shortcut and change the Target value: 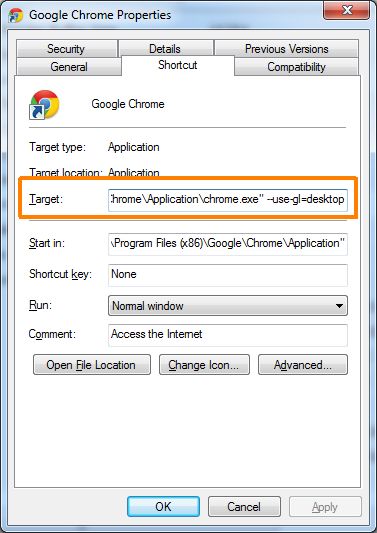 Unlike Firefox, you need to close all Chrome instances to enjoy the new setting.

Now how to check that ANGLE is disabled? Just use this WebGL Browser Report app. Jump at the end of the page in the Miscellaneous section and you should find the ANGLE status: 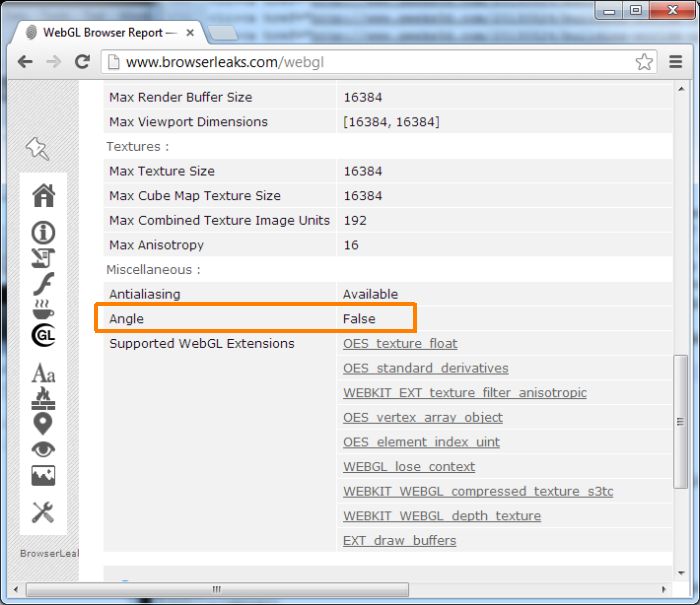 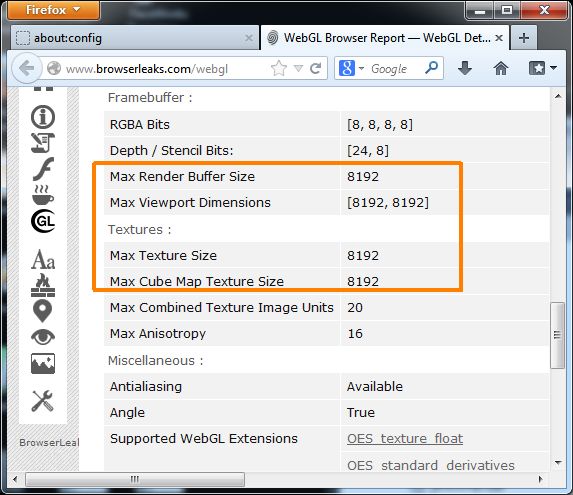