Here is a quick note about the state of OpenGL 4 tessellation on Mac OS X (10.8). The results are based on the feedbacks of TessMark, the tessellation demo of GpuTest 0.4.0. The code of TessMark is the same on all platforms (Windows, Linux and OS X) and there’s no special tricks to enable tessellation on OS X. 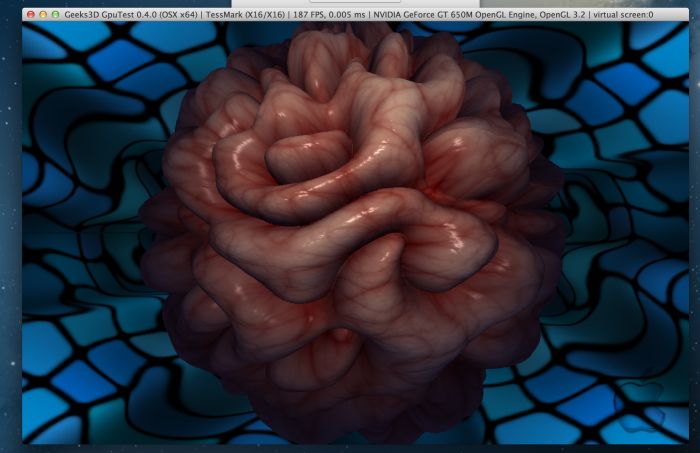 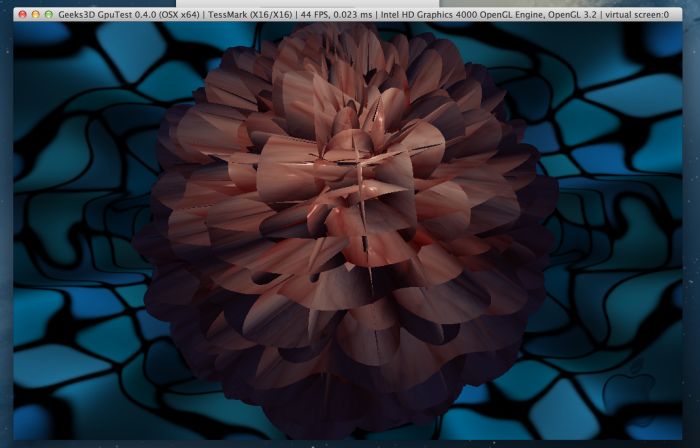 Jon Macey (Bournemouth University) did some investiguations on GpuTest to know how I managed to run TessMark on OS X and to see if tessellation really works on OS X. His conclusion is that tessellation does work on Mac OS X. According to this page, he tested tessellation with NVIDIA cards (GT 640, GT 330M) so his conclusion is true but only with NVIDIA GPUs. The GeForce GT 330M is not an OpenGL capable hardware, so I presume that the tests with the GT 330M used Apple’s software renderer (GpuTest has a checkbox to enable software renderer on OSX). The GT 640 is an OpenGL 4 card, then hardware tessellation is ok.