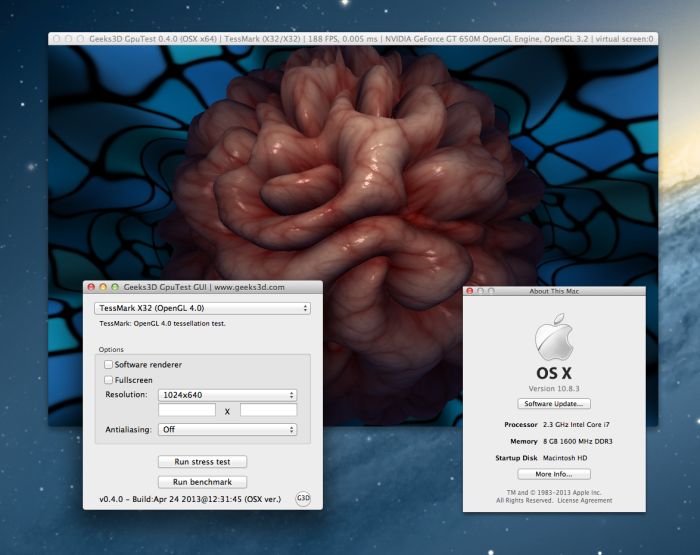 The version 0.4.0 of GpuTest is available and this time, OS X users can taste OpenGL 4 tessellation on their Mac systems. I must say that I was rather suprised when I saw TessMark running smoothly on my Macbook Pro Retina (Intel HD Graphics 4000 and NVIDIA GeForce GT 650M) with OSX 10.8.3, after having removed all checks I usually do in the initialization of an OpenGL demo. Apple has added in OS X more OpenGL 4 support than I thought, which is pretty cool. TessMark works fine with the GeForce GT 650M while the rendering is a bit perturbed with the HD Graphics 4000 as you can see on the following pictures: 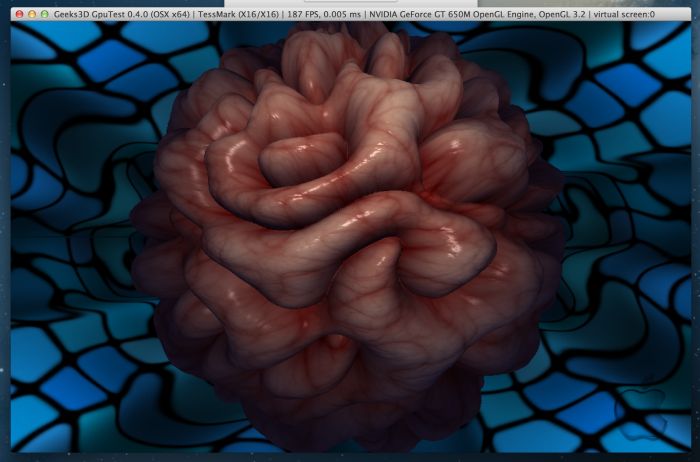 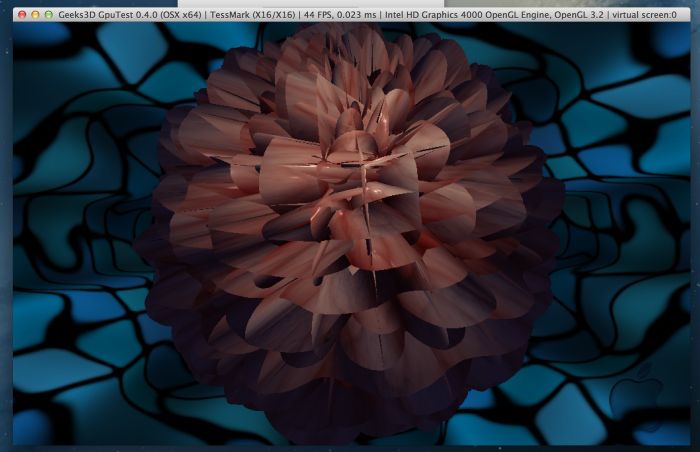 I didn’t test TessMark with a Radeon card and then, if you have such a card (HD 5000/6000/7000), let me know how it works (by posting in the comments section of this article or in GpuTest forum).

OS X 10.7 and 10.8 officially support OpenGL 3.2 only (more details HERE). But Apple has added some features of OpenGL 3.3 and OpenGL 4.0 in OS X. That’s why we can run GiMark (OpenGL 3.3 test) and now TessMark (OpenGL 4.0) under OS X. Keep in mind that OpenGL 4 is not official and is partially supported on Mac OS X, that’s why TessMark might not run on some Mac systems. 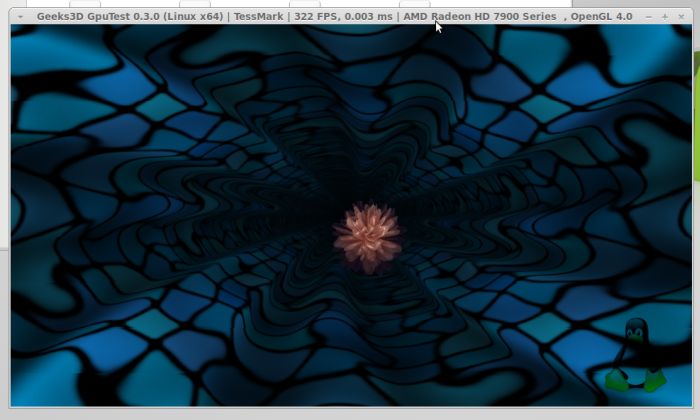 TessMark bug with Radeon based cards under Linux

The rendering of the Piano demo has been improved with a better noise texture to get the old and rusty look wanted by iq in his original webgl demo: 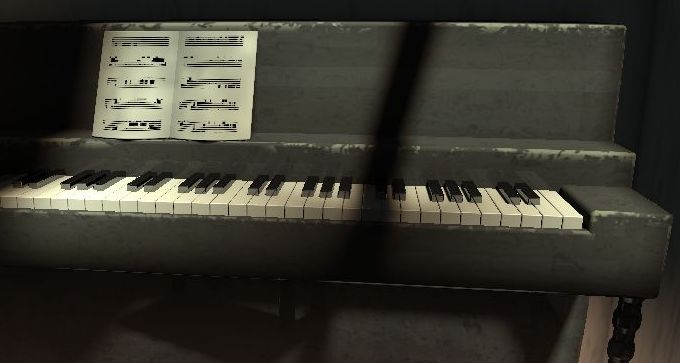 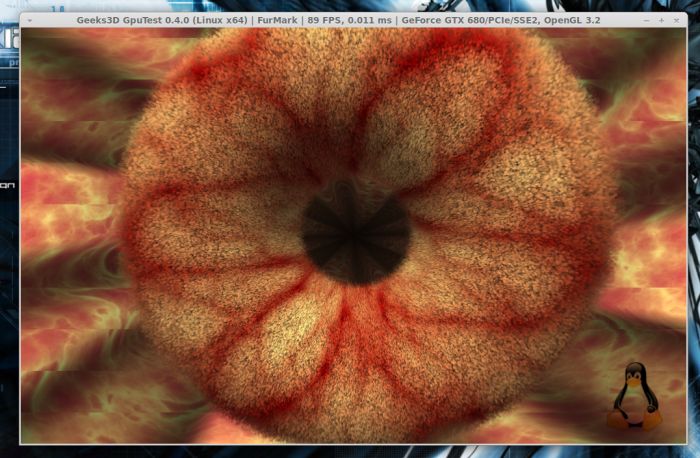 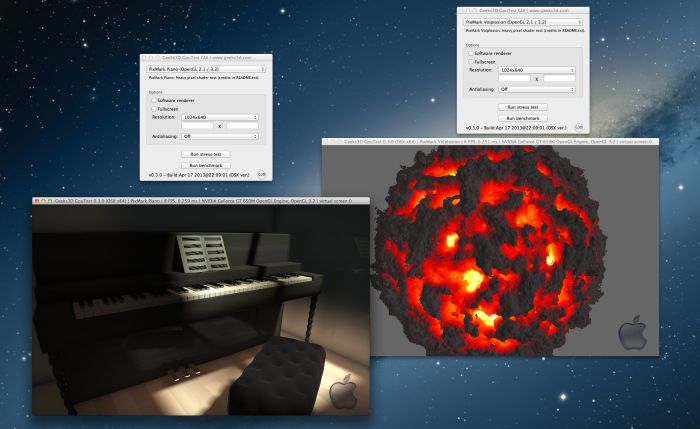 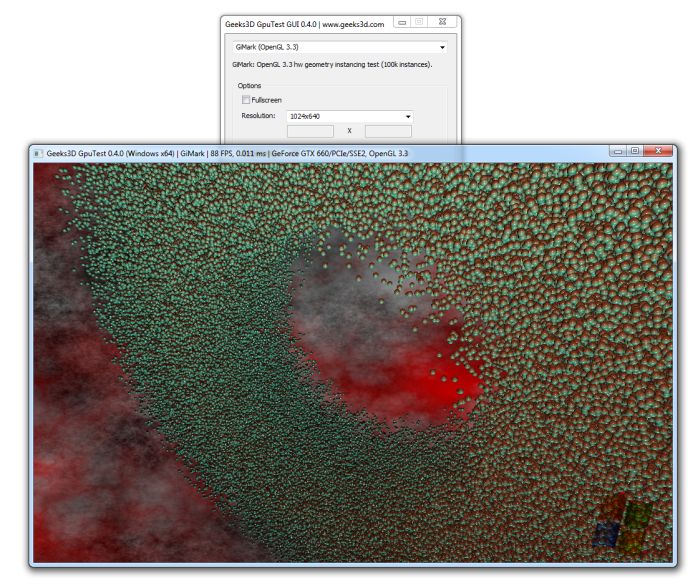 GpuTest has an user interface under Windows and OS X: 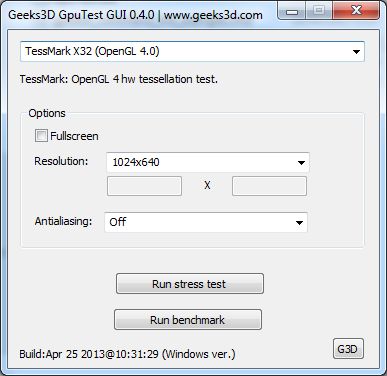 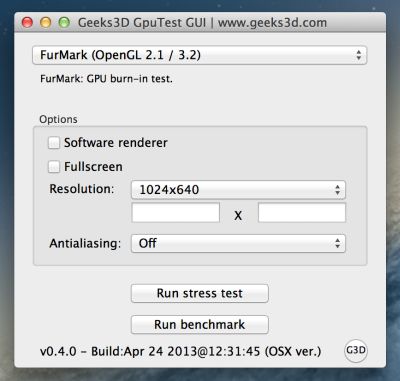 You can also launch GpuTest from the command line (this is the method for Linux). A batch file is provided that shows the various command line options.

The latest version of GpuTest can be downloaded from this page: GpuTest Downloads.

You can post feedbacks and bug-reports in the comments section of this post or in GpuTest forum.