In my recent programming sessions under Linux, I used NVIDIA proprietary and closed source drivers (64-bit version, it was under Mint10 64-bit) without too much difference with Windows ones. Few days ago, I decided to test Dreamlinux 5.0, a 32-bit Linux distro based on Debian 7 Wheezy. Dreamlinux comes with Nouveau driver (NouVeau?), the open source driver for NVIDIA cards. That was a nice opportunity to play for the first time with this famous driver and above all to clarify some words like Gallium3D, llvmpipe, Mesa3D or REnouveau…

On the top, there is Mesa3D:

Mesa is an open-source implementation of the OpenGL specification – a system for rendering interactive 3D graphics.

A variety of device drivers allows Mesa to be used in many different environments ranging from software emulation to complete hardware acceleration for modern GPUs.

The Nouveau driver is a specific implementation (GPU Specific Driver) of the Gallium3D interface:

Nouveau driver is not available for all GeForce, especially the latest ones (GTX 500 series). Nouveau’s developers team must reverse NVIDIA proprietary drivers (by analyzing memory changes, see REnouveau project –Reverse Engineering for nouveau) and this is a really tough work!

The Gallium llvmpipe driver is a software rasterizer that uses LLVM to do runtime code generation. Shaders, point/line/triangle rasterization and vertex processing are implemented with LLVM IR which is translated to x86 or x86-64 machine code. Also, the driver is multithreaded to take advantage of multiple CPU cores (up to 8 at this time). It’s the fastest software rasterizer for Mesa.

Both Nouveau and LLVMpipe renderers expose the OpenGL 2.1 API, imposed by the current version of Mesa3D (v7.11). Mesa3D v8.0 will expose OpenGL 3.0, at least for Intel Sandy and Ivy Bridge GPUs.

The following screenshot shows an OpenGL 2 test with the LLVMpipe renderer (LLVMpipe because I plugged a GTX 580 which is not yet supported by Nouveau):

The demo runs at around 100 FPS, not bad for a software renderer.

For older graphics cards, Nouveau comes with hardware accelerated renderers. For example, the GeForce GTX 280 is drived by the NVA0 renderer. This page lists all NVIDIA codenames used in Nouveau 3D driver.

I plugged a GTX 280 in place of the GTX 580 and relaunched my OpenGL test:

According to this page about the freshly released Linux 3.2 kernel, the Nouveau driver will be available shortly with hardware support of GTX 500 series via the NVC8 renderer:

Can’t wait to test it!

To bring the answer, I tested my OpenGL demo under BackBox Linux 2.01. I love all these Linux distros 😉 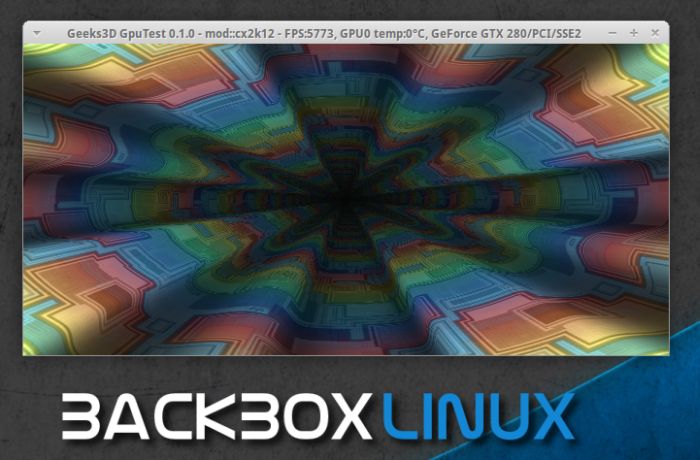 This time, it’s the Nouveau NVC0 renderer that is used to drive the GTX 480 under Dreamlinux 5.0: 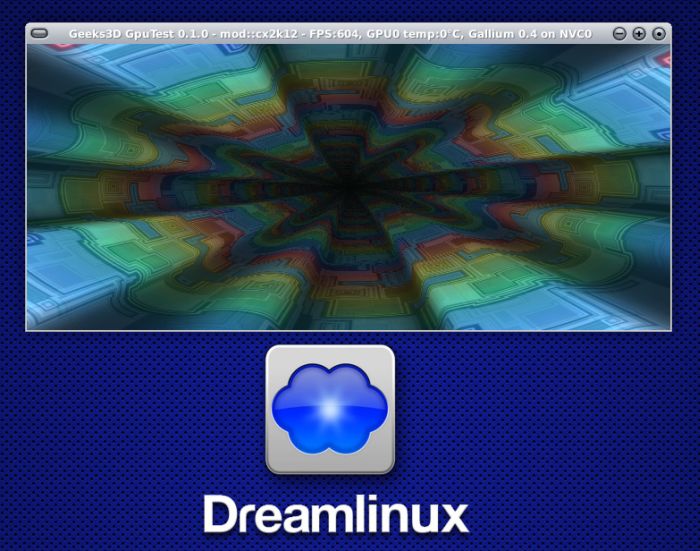 Now, the GTX 480 with NVIDIA proprietary driver under Backbox 2.01: 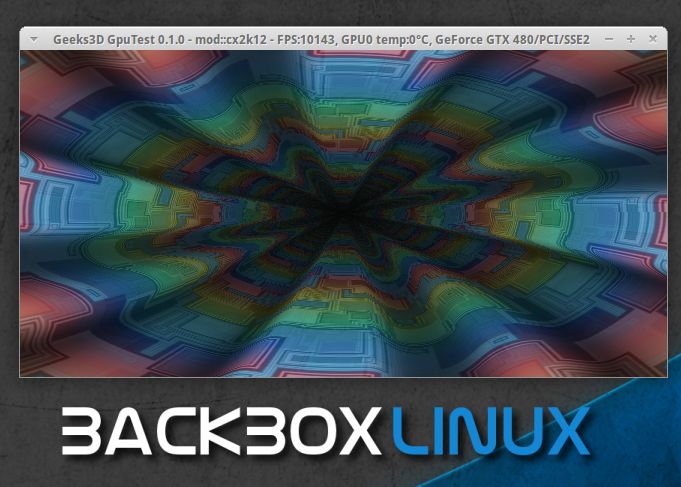 If you’re not a Linux noob like me (actually even if you’re a linux noob!), don’t hesitate to bring additional information or to point out my mistakes. Always Share Your Knowledge!