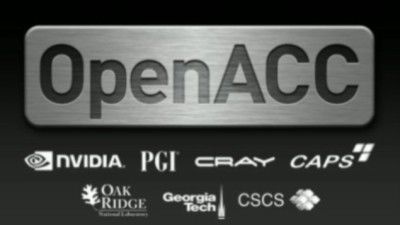 OpenACC is a new standard for parallel programming developed by NVIDIA, PGI (the Portland Group) and Cray and unveiled during the SC11 (conference for high performance computing).

OpenACC is not a new language. It allows programmers to define which areas of code (C++, Fortran) to accelerate using directives like this one:

Currently, only NVIDIA CUDA accelerators will take advantage of OpenACC.

11 thoughts on “OpenACC: a new Standard for Parallel Computing”