This maintenance release of GPU Caps Viewer fixes a bug with systems that include an integrated Intel GPU (first GPU) and a discrete GPU (GeForce, Radeon) as second GPU. This situation is common on some recent laptops.

You can download GPU Caps Viewer 1.14.4 here:
Webmasters: hotlinking is not allowed (that will cause an error message), please use the post url as download link.

I tested and debugged GPU Caps Viewer on a system made up of a H67 motherboard from GIGABYTE, an Intel Sandy Bridge i5 2400 CPU/GPU (primary GPU) and a MSI GeForce 9600 GT (secondary GPU) plugged on the first PCI-E slot. 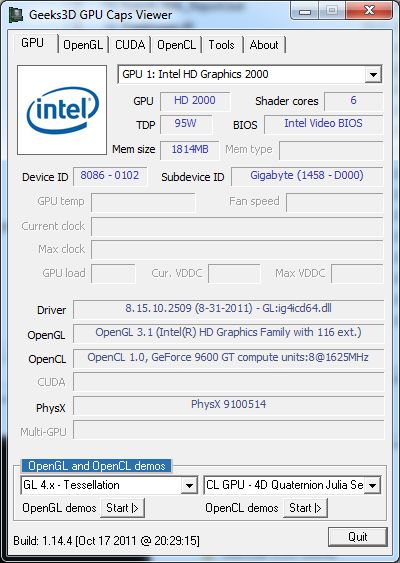 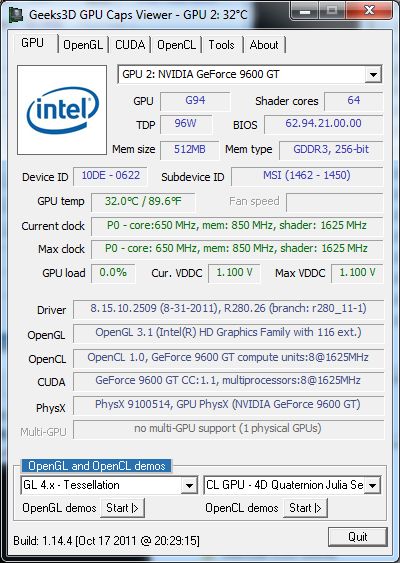 With the previous version of GPU Caps Viewer, the information of the first GPU was also displayed for the second GPU.