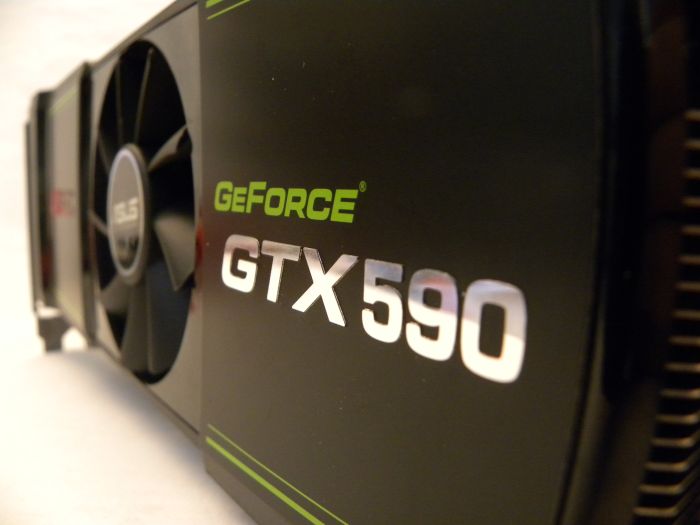 The GeForce GTX 590, launched several months ago (March 2011), is a graphics card powered by two GF100 GPUs. But in order to reduce the power consumption, both GF110 come with a lower GPU clock speed compared to the GeForce GTX 580: 607MHz for the GTX 590 against 772MHz for the reference GTX 580 board. 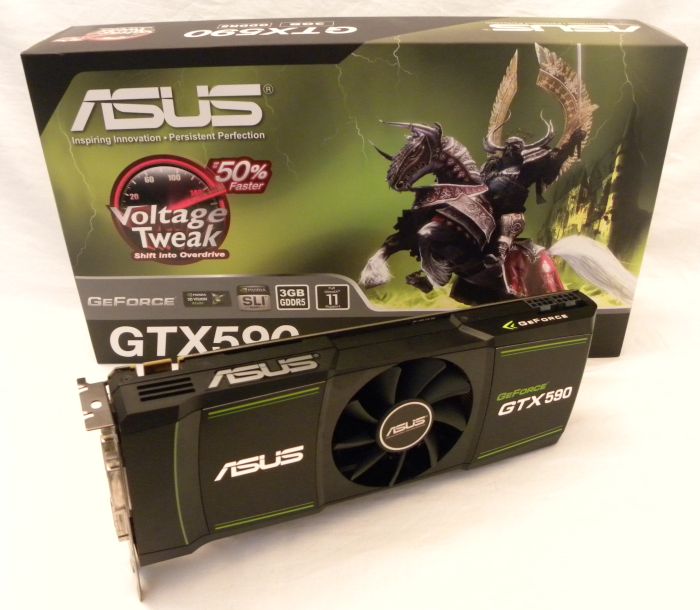 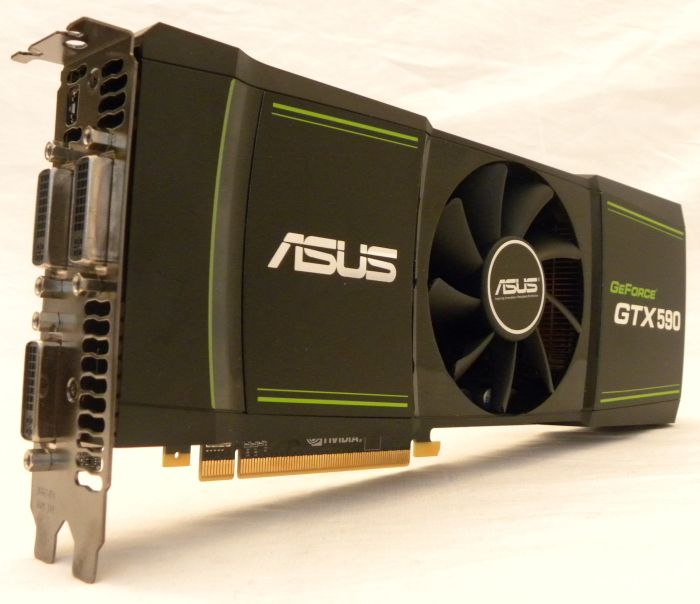 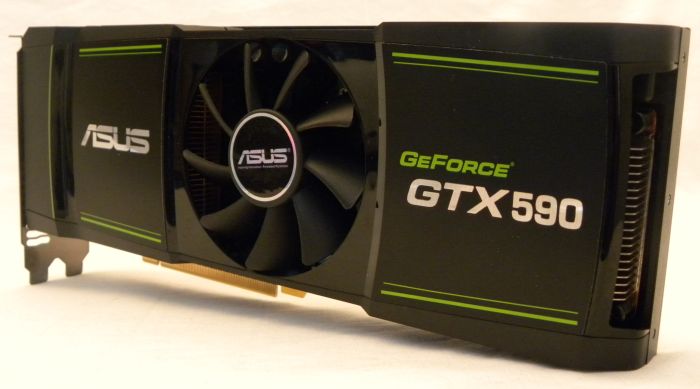 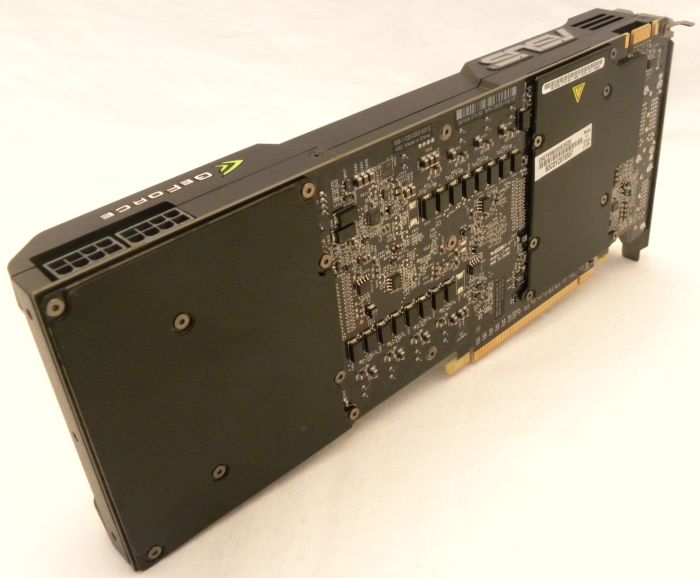 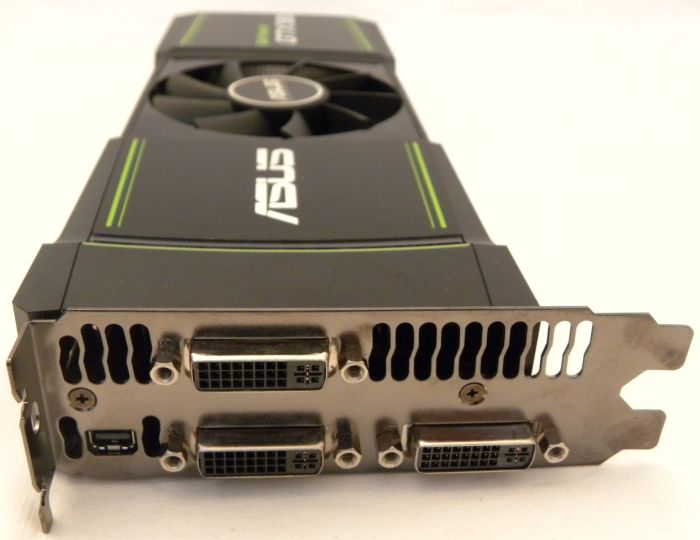 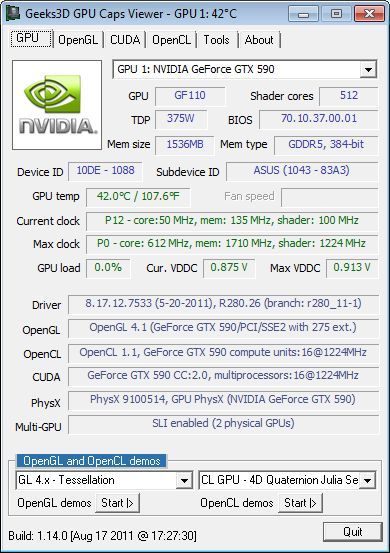 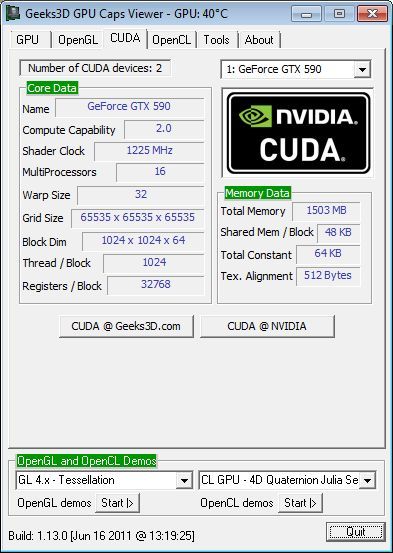 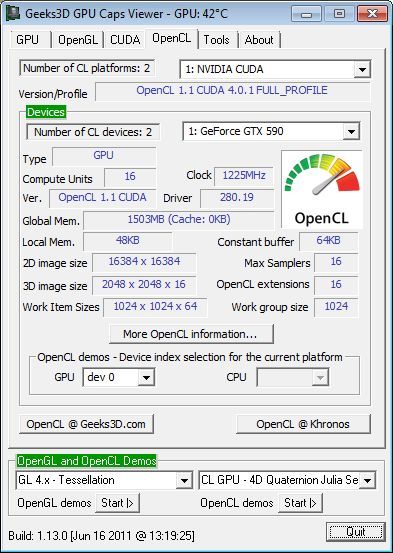 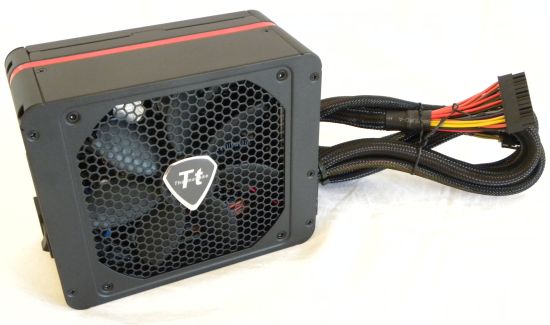 To overclock the GTX 590, I used MSI Afterburner because it allowed to overclock both GPUs while I don’t know why, ASUS’s GPU Tweak could only overclock one GPU. For this OC test, I used 3DMark 11 (Extreme mode) as well as Unigine Heaven 2 (D3D 11) to validate the GPU overclocking. The overclocking is stable is both tests are okay.

And the power consumption test with FurMark? NVIDIA has totally blocked FurMark with a too aggressive OCP (OCP = Over Current Protection –check out the score with FurMark 1.9.x) because the green firm wants to hide something…

Do the GPUs run at full speed with this secret stress test app or is there a little capping? I don’t know.

There are two problems with the GTX 590: correct support of SLI and power limiting system. When the application has an optimized SLI profile in NVIDIA drivers, GTX 590 GPUs are correctly exploited and you get high scores like in AvP, 3DMark11 or Unigine Heaven. But in other cases, the gain of two GF110 GPUs is not so obvious like in MAFIA 2 or in DiRT 2. The worst case is ShaderToyMark: a SLI of GTX 460 gets a higher score than the GTX 590.

But for me the biggest problem of the GeForce GTX 590 is the power limiting system. FurMark is limited with much exaggeration since the launch of the GTX 580 and with latest NV drivers and the launch of the GTX 590, we don’t know anymore if an application is capped or not by the power limiter. For example, scores in TessMark or in ShaderToyMark are meaningless: is it a problem of SLI profile or is there a power limitation?

If you know that the games you plan to play have a good support of the GTX 590 and if a high price for two GPUs is not a problem for you, then the GTX 590 is a correct choice, this card being in the top in many well profiled benchmarks 😉 Two GTX 460 / GTX 560 Ti in SLI would be, perhaps, a better idea: much less expensive for correct performance. Unless you really need a dual-GF110 card or you can’t live without a quad-SLI system (for 3D surround gaming…), robust single GPU cards (read: without hardware power limiter!) like ASUS’s Matrix GTX 580 or ASUS’s GTX 570 DirectCU II are, IMHO, good alternatives. Now for a very robust dual-GF110 card, I’m sure that ASUS’s latest product, the MARS II (a kind of dual Matrix card), will satisfy your craving for big GPUs with no concession!