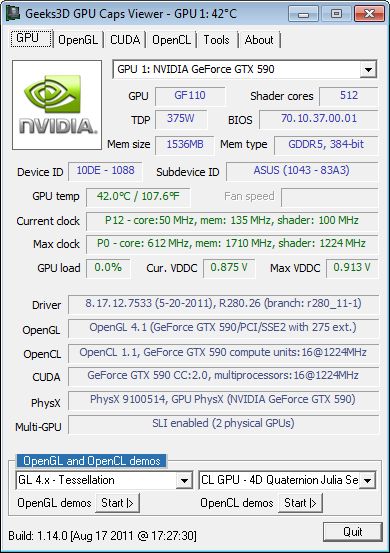 This release of GPU Caps Viewer brings some new features such as OpenGL 4.2 support, selection of the GPU in the first panel, and a new module (glMAXXX) that enumerates all OpenGL GL_MAX capabilities (all caps are also exported in the report file). 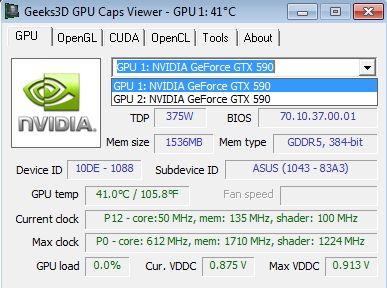 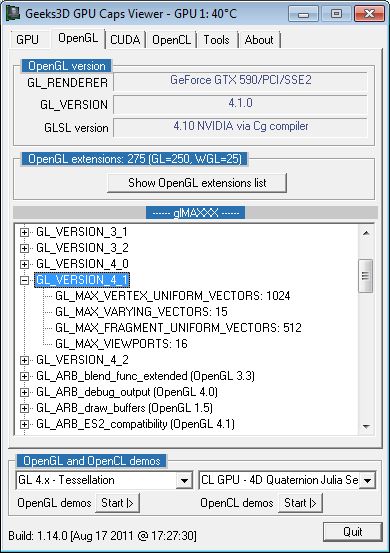