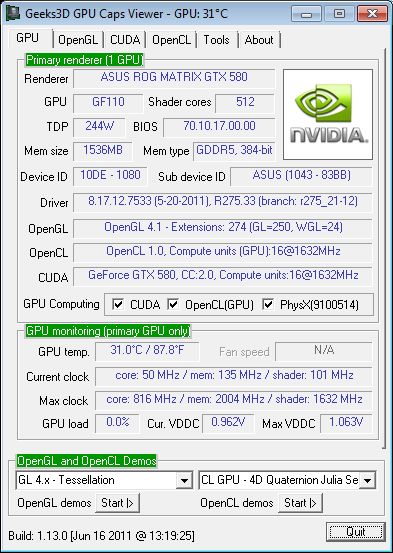 A new release of GPU Caps Viewer is out. GPU Caps Viewer 1.13.0 is essentially a maintenance release with one minor feature: the export of the XML report in command line (I added a batch file to export the report –Export_XML_Report.bat). The support of Radeon HD 6250 (AMD Brazos APU) has been added as well as some recent GeForce cards. And for future ROG MATRIX GTX 580 users, the character string “ASUS ROG MATRIX GTX 580” is displayed in the renderer field in place of NVIDIA GeForce GTX 580.