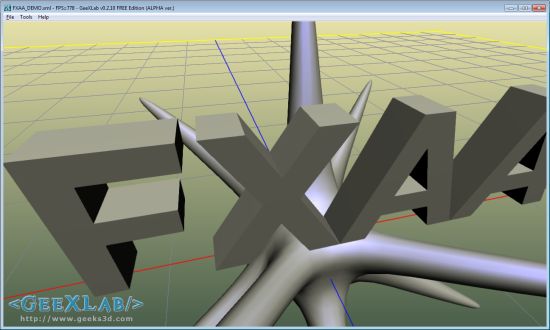 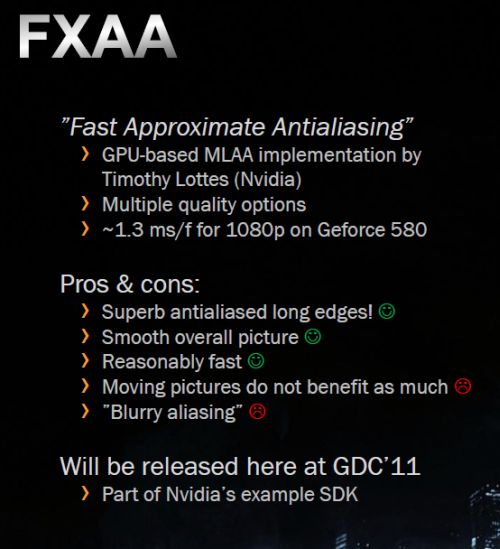 Few days, ago, Timothy published on his blog the source code of FXAA II, an evolution of the first FXAA algorithm. Here are the goals of FXAA:

FXAA is cool because it’s a post processing technique that only requires the scene buffer as input texture. Then it’s really easy to implement in your game engine. I think I will certainly add it in some my tools 😉