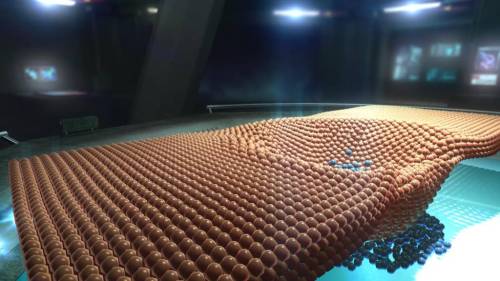 fr-063: Magellan is a demo released at TUM 2010 (The Ultimate Meeting) by farbrausch. This demo makes a heavy use of multi-cores CPUs for physics simulations (I tested on a quad-core core CPU and this seems to be the minimum to get some an acceptable framerate). But oddly, my 4-core CPU is never fully loaded. Here is the max loaded I noticed: 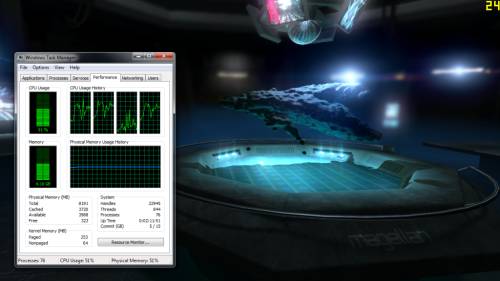 This demo is designed for quad-core or better CPUs. We wanted to make use of multi-threading. What’s the use of having multi-threading engine and then making a demo that runs on slow CPUs? Also, as the GPU has to do some of the computing it should be quite fast, too.

If your PC is too slow this demo will not only run at low framerates, it will break apart terribly. This is because many scenes involve physical simulations – you can’t simply drop frames.

Going the whole way, with the CPU calculating something, feeding that into the GPU, starting a shader, reading it back, running the result through the CPU to generate some GPU data which is then rendered… yeah!

P.S.: We have some trouble with Windows 6.1 (a.k.a Windows 7). Things worked fine on Windows 6 (a.k.a Windows Vista). To us it seems that thread scheduling is messed up in 6.1, or it was always messed up and now it’s messed up in a different way. Anyway, this quick party hack should fix the problem. Or create new ones. Be prepared for another update 🙂

Another prod released at the TUM 2010 is this 64k intro by Ctrl-Atl-Test: E-Departure 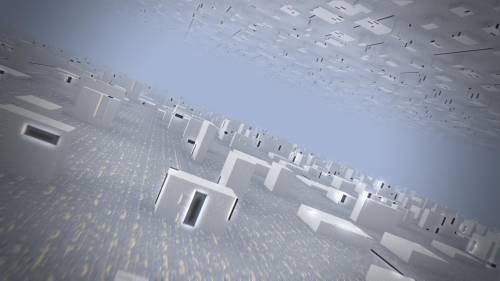