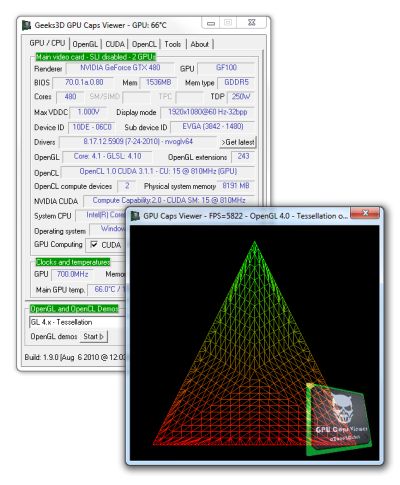 A new version of GPU Caps Viewer is ready. This version improves the support of OpenGL 4 with a new demo that shows one of the current hot topics in 3D programming: the GPU tessellation.

And the portable version (Zip file) can be downloaded here:
[download#152#image]

The demo use an OpenGL 4.0 context with a core profile.

Okay I know the new demo isn’t a killer demo but it shows the tessellation of the most important primitive in real time 3D: the triangle. More screenshots with various tessellation levels are available here: [Test] First Contact with OpenGL 4.0 GPU Tessellation

If you want to see a more serious tessellation demo, stay tuned on Geeks3D, I will release my new GPU tessellation benchmark very shortly (see some screenshots HERE). 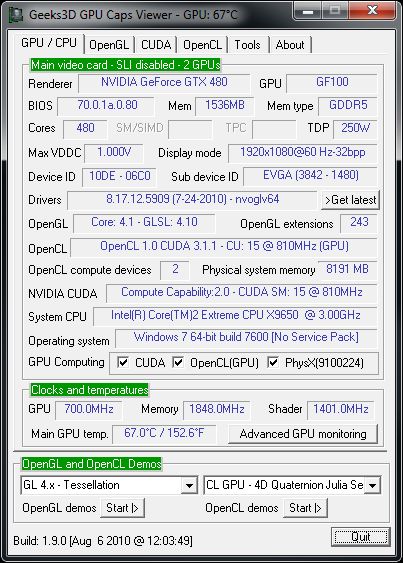