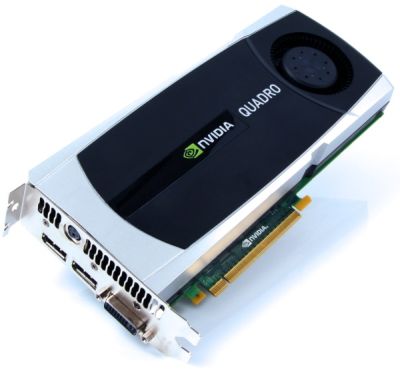 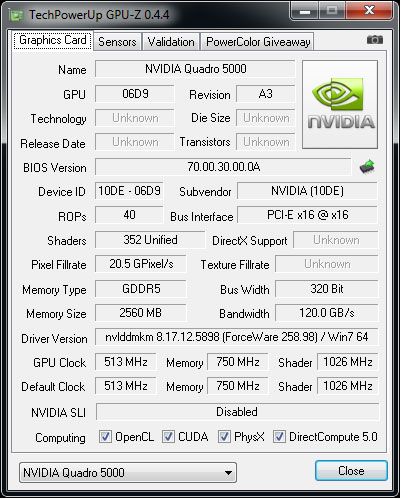 Power consumption and GPU temperatures
In comparison with the GTX 465, Quadro 5000 shows a reduced power consumption: around 50W in less. According to PC Perspective, One reason is the better quality of the silicon used:

Obviously because the Quadro line is worth so much more to NVIDIA in terms of profit margin, the company has been and will be hoarding the best dies from the wafers for these cards and what we are seeing is a result of hand picking GPUs that run more power efficiently than the others.

According to HotHardware, the Quadro 5000 has a power consumption of around 143W under FurMark with a max GPU temperature of 88°C 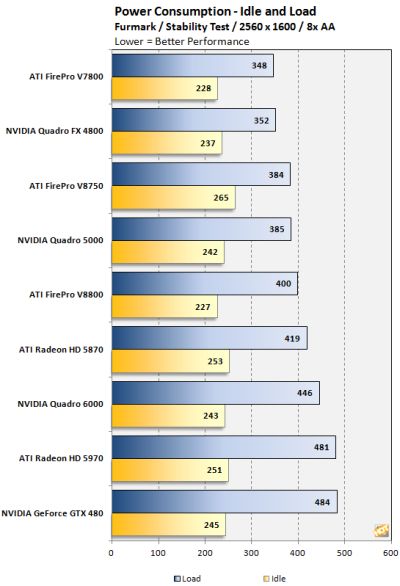 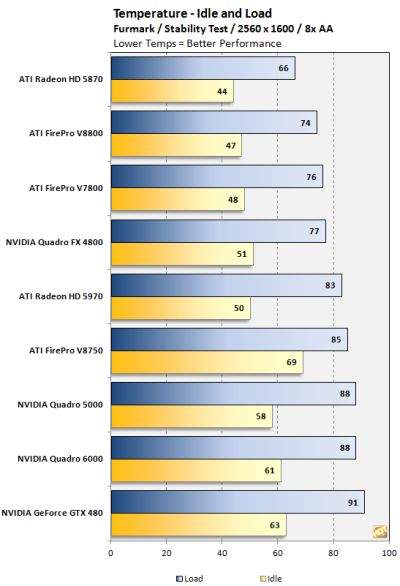 X-bit labs gets similar results with FurMark: around 150W. 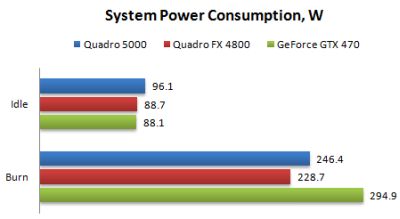 Gaming load differs greatly from what the graphics card has to face in professional 3D applications. There is no wonder that the GeForce GTX 470 is much faster than the Quadro 5000. The GF100 chip of the gaming card has more unlocked multiprocessors and thus delivers higher performance in games where the speed of shaders is more important than the speed of drawing and texturing of triangles. 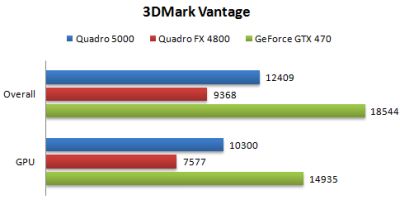 4 thoughts on “NVIDIA Quadro 5000 And Power Consumption With FurMark”