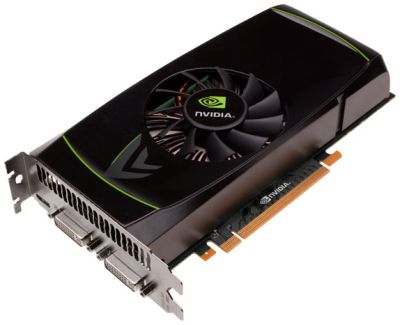 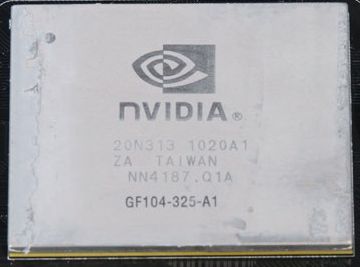 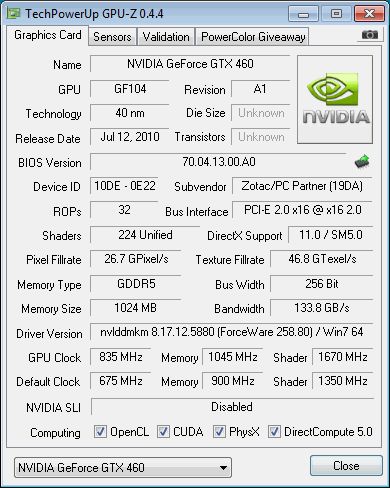 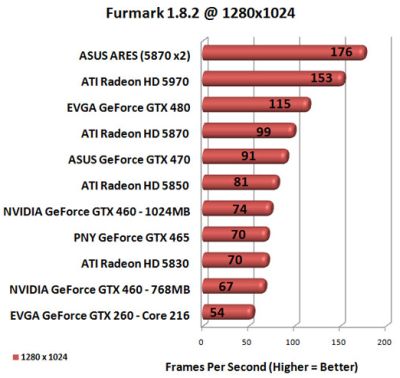 Power consumption and temperature with FurMark
According to Guru3D, the GPU temperature varies from 56°C (EVGA GTX 460 768) to 74°C (Palit GTX 460) when stressed with FurMark. 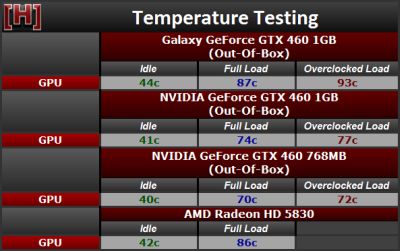 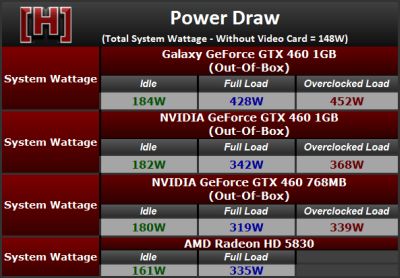 And here are the GPU temperature and power consumption according to AnandTech, still with FurMark: 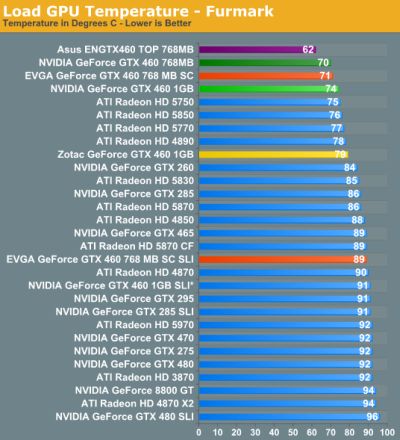 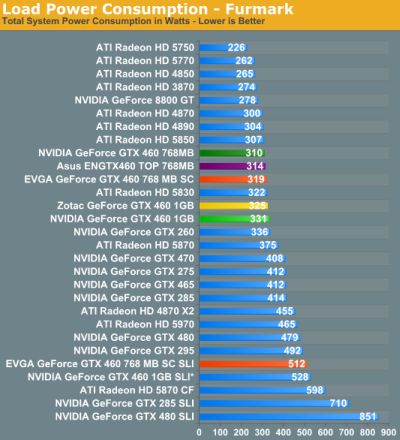 AnandTech has also temperatures and power consumption when the cards are overclocked HERE.

I think the only way to come across from this launch at all disappointed is when looking at the overall performance levels of the card. The GTX 460 does not completely subdue last year’s $200 cards, and this is part of a larger pattern. DX11 functionality requires additional die space over DX10 functionality, so most of the additional transistors afforded by the transition to 40nm fabrication has been spent on that functionality rather than on improving performance. As a result this year’s $200 cards aren’t a great deal faster than last year’s cards; this isn’t the high-end market where GPU dies (and prices) had room to grow. For everything but the high-end, this year is a feature year and not a performance year.

NVIDIA’s new GF104 GPU might just be the savior the company was looking for as it is delivering in all the areas that are required for a successful mainstream graphics product. The GeForce GTX 460 is faster than the Radeon HD 5830, costs about the same, is just as power efficient and has room for overclocking. If you are looking for a new graphics card in the $200 budget, NVIDIA looks to have the best solution available!

At roughly 200 USD/EUR you can expect to get what you pay for, a silent product that will play your games up-to 1600×1200, and in most cases 1920×1200 quite well. What surprised us was the tremendous overclocking potential, pretty much any and every card we tested today has shown a lot of reserve and room for overclocking, and they scale really well while doing so. Any card, even the cheapest you can find, can be pushed to 800 MHz on the core, period. 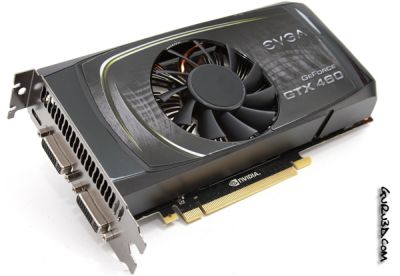 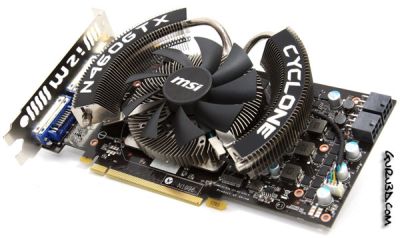 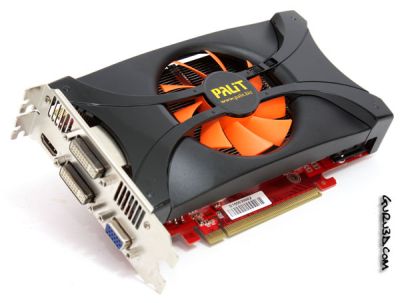 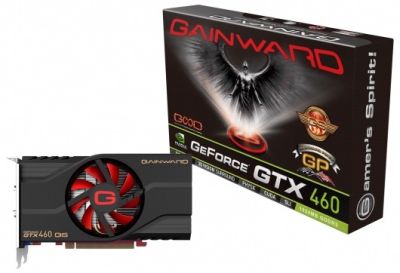